If Mark Johnson wrote for us: Thoughts on Boise State, the draft, and the Hokies

Share All sharing options for: If Mark Johnson wrote for us: Thoughts on Boise State, the draft, and the Hokies

KTVB anchor person extraordinaire Mark Johnson has better things to do than write for OBNUG - for instance, the 10:00 news, paid celebrity appearances, dinner with governors, spray tanning. No worries. We'll write his column for him.

After the jump, hear Johnson's thoughts on Michael Coughlin, Braden Thompson, Kyle Bosworth, and more. Did you know he loves Hollister jeans? You will.

Imitation is the sincerest form of flattery, so you're welcome, Mark Johnson. Parody and good-natured ribbing to follow. Share your own Mark Johnson musings in the comments. 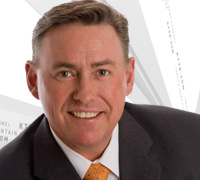 Is it just me or did Garcia Day have a very quiet spring?

Just had yogurt-by-the-ounce with Speedy Peterson. That man can put down some fudge ripple.

Boise State's play of the year? Hands down, The Fiddler.

For brothers, Nate Potter and Chris Potter sure don't look a lot alike.

I think this blue turf gimmick is going to stick.

A belated congratulations to Coach Pete on winning his second Kobe Bryant Coach of the Year Award.

Got a sneak peek at the new Phil Steele. I think he's making a mistake by not putting Doug Harper on his preseason watch list.

Had lunch with Alex Guerrero at the Pie Hole. Funny thing: they don't serve pie there. That was both surprising and disappointing.

Just got started on Facebook. Loving the Super Poke.

I really like what Tom Cable is doing down in Oakland.

Not sure why the Freedom of Information Act does not allow me access to Jeremy Avery's hotmail account.

Robb Akey is the Andy Rooney of Idaho sports, and I don't really know who either of those people are.

We all know about big-hitting dimebacker Vincent Venable's propensities on the gridiron, but did you know that his father, Max, played professional field hockey for over 15 years? That's what I call "coming from good stock"!

Not sure why the Broncos aren't going harder after this Cullen Moore kid.

Kyle Bosworth has had an up and down career, but I think he's due for a great year. Never count out a Middleton native.

You heard it here first: Kellen Moore is a better quarterback than Ryan Colburn.

Got my ticket booked for Broncos-Hokies. Can't wait to see a game at Wrigley Field.

Illegal formation? Never heard of it.

What ever happened to Kevin Sapien? I guess we'll never know.

Mark it down: NFL teams will be sorry they passed on Michael Choate.

Joe Southwich and Michael Coughlin sure put on a show this spring. But don't count out Nick Lomax!

Is it just me or does cornerback Jerrell Gavel's hair-do make him look like the Predator?

Whoever starts this year at cornerback opposite Braden Thompson has big shoes to fill. Unlike my shoes, which are small because I have the feet of a teacup pig.

My morning does not start off right without a Brian Murphy sports column and a baby aspirin.

Shout out to Jamaica Me Tan.

Bought a No. 8 jersey at the BroncoShop the other day in honor of my new favorite player: George Johnson.

Someone help me out here. Which one is Matt Slater and which one is Brenel Myers?

How did Boise State's Dutch players do on their US citizenship exams? Details at 10.

I don't think enough people are talking about the Broncos' game against Virginia Tech on Memorial Day. It's only a month away! Seems like the college football season is starting sooner and sooner these days.

I don't know about you, but I think USC and Oregon should play every year.

Here's something to chew on: Matt Kaiserman and Mark Forsey: The same person?

Many thanks to OBNUG's Drew for helping put this piece together.