Before moving on from Boise State's spring practice to Boise State's long offseason, let's take one last look at what went down during the Broncos' busy two months.

Which Bronco player gained 29 pounds since last season? What ever happened to the vaunted redshirt linebackers? And why is everyone forgetting about Jerrell Gavins? Join me after the jump for answers, questions, and more.

Via OBNUG reader statguy: Boise State released its spring prospectus, which features plenty of Bronco-centric stats and bios and also an updated roster with new player measurables. And me being the Microsoft Excel fan that I am, I pumped all the info into a spreadsheet and compared the Broncos' new weights to the weights listed on the old roster.

Twenty-nine pounds? That's like half of LaTech kicker Matt Nelson this guy.

On the other end of the spectrum, new MLB Byron Hout dropped the most weight, losing 14 pounds. Hout was far and away the biggest loser, easily besting Carlo Audagnotti (8) and Matt Paradis (6). A faster, lighter Hout is a much more dangerous Hout. Sorry, Ryan Colburn.

Here is the complete chart of Bronco weight gains and losses. How much did your favorite player change? 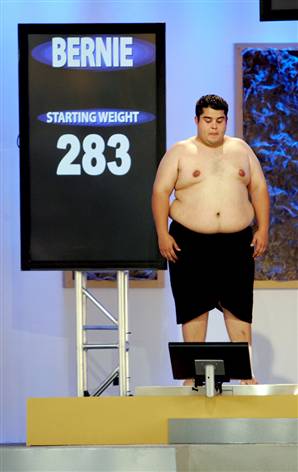 Back in early March when people still knew who Michael Coughlin was, Drew came up with four questions for Boise State spring practice. Let's check the answer guide.

A: Yes. Kwiatkowski's defense appeared to be more aggressive and more exotic this spring. He has kept a lot of the same elements as Justin Wilcox (i.e., the 3-3-5), but he seems to be willing to use them more often.

Q: Which 2009 redshirts are going to start imposing their will?

Q: Will Kellen Moore ever take a step back?

A: Yes. It was not Kellen Moore's best spring ever and not just because it would be hard to top the spring of 1997 when the Moore family splurged for a VCR with a slow motion button. Moore's numbers were down in both scrimmages - a fact that will be immediately lost on everyone who writes a college football preview magazine.

A: Neither. Mooney was ruled out for the spring with a leg injury, and Davis soon joined him on the sideline with an elbow injury. The two highly-touted LB recruits were expected to shine this spring, but perhaps they prefer the Derrell Acrey rise to stardom - slow, frustrating, and cautiously optimistic every spring.

Getting a head start on Fall Camp

We learned a lot from spring practice. We will learn a lot more from Fall Camp. With that in mind, here are some early questions related to Boise State's fall practice.

What questions are you getting ready for Boise State's Fall Camp?