Spring practice was a smashing success for the Boise State Broncos as young players at virtually every position made cases for playing time and showcased BSU's depth. Now that spring practice has wrapped, I thought it would be fun to take a look back at 20 players who made noise this spring - in a good way, a bad way, or an intriguing way.

After the jump, find out where Kellen Moore landed, discuss the future of the offensive line, and share your thoughts on any players I missed mentioning.

Five players on the rise

Before Saturday's scrimmage, it would have been understandable if you wondered, "Who's Greg Grimes?" Turns out, he is Billy Winn's Mini Me. Grimes started opposite Winn in the spring game, and he projects to being the Broncos' No. 3 DT once Chase Baker returns this fall.

The buzz on incoming JC transfer DE Tyrone Crawford had many people thinking Shea McClellin might be pushed into a backup role once Crawford arrived this fall. In the words of Lee Corso, "Not so fast." /shakes hands with a blind kid

McClellin continued his ascent into Ryan Winterswyk territory this spring by living in the backfield, making Zach Waller's life a living hell, and flashing signs of All-WAC potential. Plus, McClellin makes for a terrifyingly effective MLB in the Broncos' vaunted 3-3-5 blitz package.

Marshall's speed and pass rushing skills made him a sensation this spring. His size made him be mistaken for Justin Beiber. 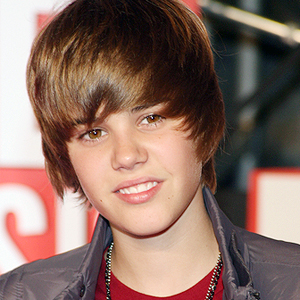 Believe it or not, that's a boy. (via images.dailyfill.com)

Marshall may be the team's No. 5 DE this fall, but he could find the field in specific pass rushing situations as early as this season. At the very least, his future is bright.

His height, ball skills, and playmaking ability made him one of the spring's most talked about stars. Next stop: Actual playing time in a real game. He'll have to get past Mitch Burroughs and Chris Potter this fall to do so.

Three months ago, Nate Potter was an All-WAC left tackle and the Broncos' next great NFL prospect. Today, Nate Potter is a guard. And Faraji Wright is to blame. He was the reason why coaches experimented with the line this spring, and like my magnet display at the science fair, the experiment was a success. Wright was at RT from Day One through the spring game, and he will start there once Fall Camp begins in August.

Five players on the decline

Where have you gone, Michael Atkinson? After showing signs of promise late last season, Atkinson fell victim to the injury bug yet again, sitting out this spring and disappearing from the sidelines during scrimmages. With Ricky Tjong-A-Tjoe basically a Dutch clone of Atkinson and with other young, hungry DT prospects surging up the depth chart, Atkinson's hold on playing time (and on fan's attention) is beginning to wane.

Health problems are hurting Moore's chances, too. The once-and-future WR star sat out spring with a foot injury - screws and all - that has hampered him almost from the day he stepped on campus. A healthy Moore is a superstar Moore. An unhealthy Moore is ... a backup to Aaron Burks?

Truth be told, Mackey was my favorite linebacker last season, mostly because of the way he blitzed with abandon. Well, Byron Hout wears that hat now, and with Mackey possibly not 100 percent until the season begins, the LB rotation may be set before Mackey even hits the field again.

Coughlin went from dependable backup to Nick Lomax in the time it took Joe Southwick to lead a second half comeback in Saturday's spring game. Coughlin did not do himself any favors on Saturday, although some reports said his spring was a Coughlin Best Ever. Either way, momentum for the No. 2 QB job is squarely on Southwick's side heading into fall.

Note: Chadd Cripe reports that coaches are okay with the idea of flip-flopping backup quarterbacks throughout the 2010 season.

I had Shoemaker listed as a starter in my post-spring depth chart, but I wasn't happy about it. Fan support for Shoemaker seems to have changed from excitement to resignation due to a variety of reasons - more exciting younger players, an odd disappearance in games last season, a giant spring game drop. I would venture to say that nine out of 10 fans wouldn't give a second thought to Shoemaker if Moore or Burks were ready to step into the starting lineup this fall.

The past several months have been quite the fall from grace for Matt Slater. The junior started five games in 2009 and was a key backup in the rest, famously spelling Nate Potter for the majority of the Nevada game. When it came time to pick a new RT for the Fiesta Bowl after Garrett Pendergast's injury, Slater lost out to former guard Brenel Myers. Then this spring, Slater found himself playing guard on the second team. With so many young players vying for playing time at the tackle position, it would appear that Slater's window has closed.

Five players with something to prove

His spring scrimmage performances were Brandstater-esque, but rather than make myself the bad guy for saying that Moore has work to do, I'll let Bryan Harsin say it:

"We’ll sit back and really analyze why," Harsin said. " ‘What’s going on? Why weren’t we more productive with that group at that position?’ That’s something that’s definitely a No. 1 focal point for us in this offseason. … We’ve got to be more productive. Those are game situations."

When you factor in the difficulty of going against the Bronco defense, the absence of Austin Pettis, the limited spring playbook, and the fact that David Augusto just found him on Facebook, I imagine that Moore will be just fine come fall. But for a change, he'll have to prove it.

We have not seen the real Austin Pettis since November of last year. Coaches kept him quiet this spring to ensure he was 100 percent by fall, and I fully expect Pettis to make a complete recovery. But the sooner I see video of spectacular catches, the better.

As discussed many times this spring, Derrell Acrey's positive performance is either a harbinger of a terrific senior season or more of the same empty hype. Acrey can live off of the good vibes of spring all offseason, but I fear that come Fall Camp he will have to prove himself all over again.

Last year's RT starter, Pendergast has watched a lot change since his leg injury that cost him the Fiesta Bowl. Brenel Myers seems pretty firmly entrenched at RT. So where does that leave Pendergast this fall? My point exactly.

The biggest question for Harper this fall may not be how healthy he is but rather how Bronco coaches plan to use their running backs. In years past, BSU has tried an all-inclusive rotation and a two-man share. Depending on how he looks this fall, Harper is expected to either be the No. 3 or challenge for playing time at No. 2.

The Bronco kicking game looked pretty solid during spring scrimmages. Can Brotzman make it that much better? I believe he can ... or rather, the 2008 version of me believes he can. The 2009 version can't help but remember all the inconsistencies in Brotzman's game, but with a spring to rest up and a Trevor Harman to take kickoff duties, Brotzman could be a more effective field goal kicker and punter this fall. And if not, I will go all sweaty golfer on my T-shirts: 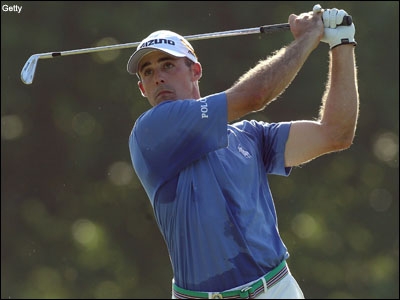 I hinted at the possibility in yesterday's post-spring depth chart, and it fits here, too. Will Jason Robinson be back with the team this fall? I am not even going to get into the legal or disciplinary discussion, but am I open to talking about where Robinson would fit in the lineup. Would he pick up where he left off as Winston Venable's wingman? Or would he be staring up at new nickel Hunter White? Robinson is undoubtedly talented and he has experience playing a position that does not exactly come natural for many people. I think if he came back this fall he would be back at No. 2.

If you thought the defense was good this spring, just wait until it gets all of its parts back this fall. Baker was the Broncos' best defensive linemen in Fall Camp last year, and he was clearly 1B to Billy Winn's 1A last season. I would imagine that he can top Greg Grimes for the second DT spot.

Fumblepalooza 2 notwithstanding, Byrd can help out this Boise State team with his play at center. Give Joe Kellogg another year or two, and Kellogg will be one of the WAC's best. Byrd is one of the WAC's best today. If he is healthy, he makes that offensive line better instantly.

Spring showed us that the defense has no plans of going conservative with Justin Wilcox not around. If anything, the D is more aggressive under new coordinator Kwiatkowski. During the spring game, I witnessed a 2-5-4 look that had the three middle linebackers (some of whom were D-linemen) hovering over the center, showing blitz. I peed Joe Kellogg's pants for him.

What players stood out to you from spring practice? Which ones are on the rise and which are on the decline? What ones did I miss? Concerned at all about Kellen Moore? Share your thoughts in the comments.