The Boise State football team did what it always does in spring practice: raise expectations, introduce new favorite players, and make assigning spots on a depth chart increasingly difficult.

After the jump, find out what Boise State's new 2010 post-spring depth chart looks like, and feel free to debate who belongs where. Where would you put Aaron Burks and Geraldo Hiwat? Is Joe Southwick your No. 2? Share your thoughts in the comments.

Disclaimer: Much of this depth chart was plagiarized off of the Broncos' Fiesta Bowl depth chart, and the whole thing is really nothing more than speculation since BSU will not be faxing me an official one any time in the near future. Still, it's fun to dream ... with hyperbole! Trevor Harman for Lou Groza!

Disclaimer No. 2: Boise State did not release an official depth chart after spring ball. I made this one up. Please disagree with me in the comments.

Wide receiver position gives us answers, but not the ones we like. New answers, please.

All we heard about all spring long was Aaron Burks this and Geraldo Hiwat that and then when it counts in the spring game and Boise State lines up with its first-team offense, who do we see? Why Mitch Burroughs and Chris Potter, of course.

BurrPott somehow managed to stave off the meteoric rise of Burks and Hiwat, which tells me a couple of things:

Will the depth chart be the same come August? Not necessarily. Burks' impressive showing at the spring game could have vaulted him ahead of either Potter or Burroughs within a two-hour span on Saturday, and Hiwat would be right there with Burks if he could just hang onto the ball (some reports had Hiwat dropping six balls on Saturday - Burroughs-esque).

Regardless, it may be time to start seeking out the virtues of BurrPott if they are indeed going to be the insurance on Titus Young and Austin Pettis this year. Potter is an outstanding blocker who is a shifty route-runner with deceptive speed. Burroughs can make plays after the catch - a catch that occurs about 70-80 percent of the time now. They are not bad options by any means. They just aren't Aaron Burks or Geraldo Hiwat.

Speaking of receivers I want to see on the field ...

Kirby Moore was at the top of my slot receiver depth chart back in March, but I cannot with a good conscience leave him there. It is Tyler Shoemaker for better or for worse or until hernia 2.0. Since Shoemaker played this spring and Moore did not, the decision was obvious. The slot receiver job is Shoemaker's to lose this fall.

David Augusto is having serious regrets about making that Kirby Moore Build-A-Bear. 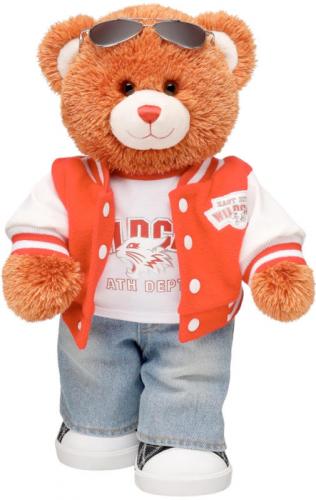 The last word on wide receivers, I promise

I admit that I do not fully understand how Boise State's wide receiver system works. Austin Pettis's main backup last year was Mitch Burroughs who shares zero of the same characteristics as Pettis. Titus Young's primary backup was Chris Potter. Tall guys Shoemaker and Moore play the slot. I have no idea what makes a good X, Z, or H, save for the whim of WR coach Brent Pease.

With that in mind, would I start either Burks or Hiwat ahead of Shoemaker or Moore? Would you? Behind Pettis, Young, and BurrPott, here is the rest of my position-neutral WR depth chart:

For practical purposes, considering that I find Burroughs and Potter to be the same person, my five-WR spread formation would include Pettis, Young, Burks, BurrPott, and Shoemaker.

Spring practice was a major tease when it came to D-line depth because so many big bodies were out. Chase Baker, the presumed starter opposite Billy Winn, should most likely resume that role once Fall Camp hits on August 6 (commence calendar marking). Behind Winn and Baker, then, is where it gets interesting.

Greg Grimes was a pleasant surprise out of spring as he shot all the way up to the first-team D-line. How high will he stay in fall? I imagine he'll fit right in behind Baker or Winn as the first or second guy off the bench.

The other spring sensation was portly Dutchman Ricky Tjong-A-Tjoe. The powerful DT made waves with his bulk and brawn and may have earned him some spot duty in games this fall. I believe he will fall to third team by the time the season kicks off and once the competition with healthy DTs Darren Koontz, Chuck Hayes, Michael Atkinson, and J.P. Nisby kicks in. That is a lot of big people to compete with. Get thee to a KFC Double Down. 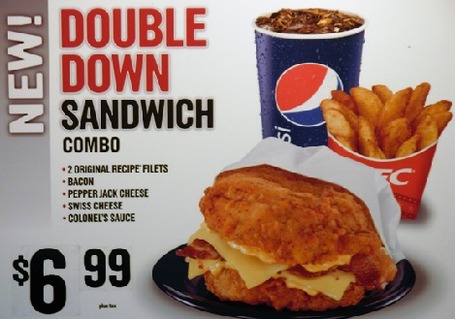 To the delight of everyone, Joe Southwick may be the No. 2 QB heading into fall

Although I know it is unwise to place so much value on a single spring scrimmage, I can't help myself. Joe Southwick looked leaps and bounds better than Michael Coughlin, which may have been a result of disparaging quality of defense, more talented supporting casts, or - and this is the one I am counting on - Southwick being a better QB than Coughlin.

It is getting harder and harder for me to come up with reasons to leave Coughlin at No. 2. Can someone help me out? So far I've got height, experience, jump passes, and ... That's it. Suggestions, please.

One of the most exciting position battles this fall will be at center where incumbent starter Thomas Byrd looks to regain his starting spot from former guard Joe Kellogg. Byrd, who some might remember was on the Rimington Trophy (best center in CFB) watch list at one point, sat out the spring with an injury, and Kellogg made the seamless transition from over from guard and right past Durrant, Byrd's backup last season.

Kudos to Joe Kellogg, but I have a feeling that his run will end in Fall Camp once Byrd gets back to 100 percent. The only thing that might keep Byrd on the bench is rolling ground balls back to Kellen Moore in shotgun formations.

Give Kellogg another year at the position, and the 2011 center battle could be the new Southwick vs. Coughlin.

What would you do at running back?

One rite of spring that I do not particularly enjoy is falling in love with young players only to get snapped back into the realities of experience and depth. For instance, I got a kick out of watching Raphiel Lambert and Malcolm Johnson. And in putting the depth chart together, I got a kick out of seeing Jeremy Avery and Doug Martin's names, so much so that I forgot that Lambert and Johnson existed.

Eventually, Lambert and Johnson will make a big impact on the team, but for now, they have a long hill to climb. Behind Avery and Martin and D.J. Harper and Matt Kaiserman will most likely be Mr. Garbage Time Jarvis Hodge. Behind Hodge, if the spring game playing time was any indication, we'll see Drew Wright. Johnson and Lambert may not see depth chart daylight until the seventh and eighth spots, which is usually good for 50 yards and a touchdown against San Jose State but not much else.

It's official: Chris Petersen is the Uncle Scrooge of running backs. 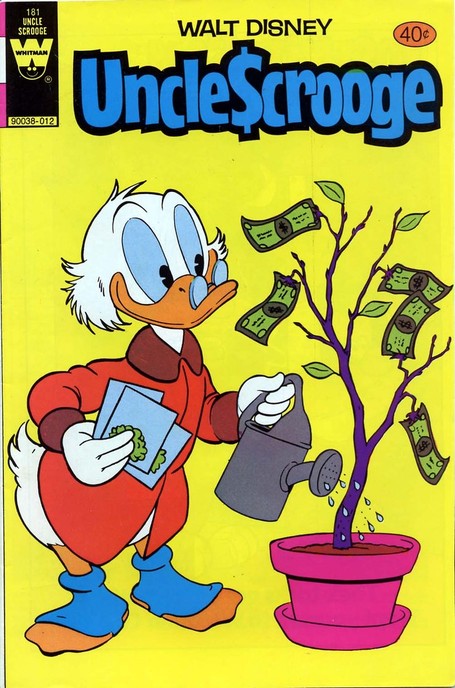 You may have noticed a couple of new names that popped up on my Broncos' depth chart, and for good reason. I tried to get an accurate representation of how the depth chart would look when the Broncos hit the field in the fall. The newbies:

DE Tyrone Crawford. The DE rotation seems to be relatively set in stone at the first three spots with Ryan Winterswyk and Shea McClellin as the starters and Jarrell Root as the primary backup. The fourth DE this spring was Kharyee Marshall, whom everyone agreed could stand to gain a few pounds (I am on the fence, if only because I don't want Marshall to compromise any of his pass rush speed).

That leaves room for Crawford, a potential All-WAC player who is coming in as a JC transfer. I fully expect him to take the No. 3 or No. 4 DE spot in Fall Camp.

WR Matt Miller. Mr. Montana supposedly chose Boise State because coaches promised him a shot at playing time as a true freshman. A promise is a promise, but good luck cracking that deep set of WRs. He'll come in as a third- or fourth-teamer and have his work cut out to advance beyond that.

S Jeremy Ioane. The highly-touted Hawaii playmaker is expected to add some much-needed depth to the Broncos' safety position ... if needed. I imagine that coaches would like to redshirt Ioane so that they have him to use for four full years later. Originally though to be a NB backup (that may have changed with the move of Hunter White), Ioane may be needed sooner if anything should happen to Jeron Johnson or George Iloka. Travis Stanaway and Cedric Febis are capable enough backups, but Ioane could be a special player.

Do you buy the hype on Derrell Acrey?

In his spring wrap-up blog post, Dave Southorn said what everyone is thinking:

I know it seems like we say it every spring, but Acrey looked good.

Southorn's right. We do say this every spring. So why are we believing it this year? Eternal optimism? Blind trust? Nostalgia?

Major copout on my part: Sticking Gavins and Taylor with the cowardly "or"

I honestly believe that Bronco coaches do not have a favorite in the Gavins-Taylor-Thompson cornerback triad. I believe that Thompson has a head up on the other two, judging solely on playing time allotted in the spring game. But Gavins and Taylor is a toss-up for me. Thank goodness for that "or." I wish it existed in everyday life. ("Yes, honey, I will do the dishes or I will sit here and watch TV. It's a gametime decision.")

What positions on the depth chart do you think need rearranged? Agree with my assessment of the wide receiver position? Got some reasons to leave Coughlin at No. 2? Share your thoughts in the comments.