Share All sharing options for: Predict the WAC schedule: Who will face Boise State in de facto WAC title game?

The WAC schedule is expected to be released as early as the end of the week, and not a day too late. I need all the time I can get to write my fan fiction for the 2010 WAC conference season.

After the jump, discuss who will get the coveted early season showdown, share your thoughts on which games are destined for ESPN, and let me know what team you think will be opposite the Broncos in the de facto season finale title game.

The dates have not been set for Boise State's 2010 conference schedule, but the opponents and venues have. Going opposite of where the Broncos played in 2009, here is what Boise State conference games will look like in 2010:

I've mentioned it before, but it bears repeating: At first glance, the Broncos made our pretty well with this year's conference games. BSU's away games are against awful New Mexico State, nearly-defunct San Jose State, an Idaho team that may be no good at all, and Nevada.

What do you think about Boise State's conference games? Think the home schedule is tougher than the road schedule?

Boise State's dates that are set in stone

The nonconference schedule has been finalized now that BSU's games against Virginia Tech and Toledo are for sure. Here are the dates; plan your fall weekends accordingly.

The Broncos asked ESPN to help them clear the team's schedule on the weekend of September 11 to avoid a quick turnaround following the season opener on a Monday night. So unless the Broncos plan on playing into December, the team will burn its bye on the second week of the season. Is this a good thing? I would prefer that the Broncos have a week closer to midseason to rest up, recoup, and recover. Then again, midseason means the start of the WAC schedule, so they kind of already have a few byes built-in. Rimshot! 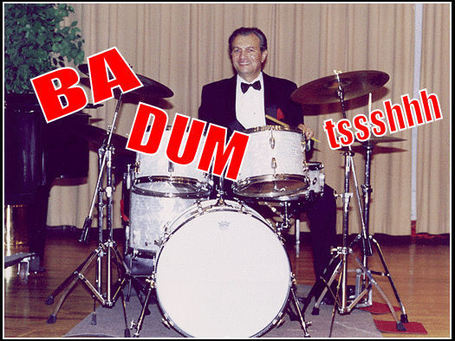 Thank you. I'll be here all offseason. (via schtek.se)

Would you rather see the Broncos have a game on the first weekend of December if it means another bye during the year?

ESPN loves to get the Broncos on the air early with a conference game stuck in the middle of the team's nonconference schedule. Last year, it was Fresno State. The year before it was Louisiana Tech. This year?

One thing that is clear is that the game, if it were to be played, would take place on the weekend of October 2. And chances are also good that it will be a Friday night game because Joe Tessitore needs his Broncos coverage. If it is a Friday nighter, that would put some pressure on the Broncos to bounce back from a game against Oregon State only six days prior.

Here are some possibilities for the early-season showdown:

Through the magic of deductive reasoning, I think we can narrow this one down pretty well. The Broncos played on the road in their first conference game last year and were at home for the first one the year prior. I bet that ESPN keeps the trend going and airs a game from Bronco Stadium for this one. (Plus, if it is a Friday night game, Gene Bleymaier would probably want the Broncos to play at home to avoid the rigors of a road trip.) The Broncos played Fresno State in the conference opener last season, and I would be surprised if ESPN chooses to do such an obvious rematch.

That leaves: Utah State or Louisiana Tech. ESPN went the Bulldog route two years ago, so my money is on the Aggies coming to Boise in early October. What team do you think will get the honors? Will the WAC pull a fast one and choose to feature other teams besides Boise State?

Last year, four of Boise State's eight conference games were scheduled to air on ESPN's family of networks (and a fifth - Idaho - was added during the season). What will the Broncos do for an encore? Here are the WAC opponents that I bet the Worldwide Leader would like to see.

If ESPN keeps its system of four conference games per year, which one gets left off?

ESPN and WAC commish Karl Benson love to finagle a fake conference championship game each season by attempting to pair the WAC's two best teams in a Black Friday showdown. Two years ago, it was Fresno State. Last year, it was Nevada. Chances are good that either team could be chosen for this year's "championship game."

Nevada will likely be No. 2 in the preseason conference rankings, and the Colin Kaepernick-seeks-vengeance storyline will be tough to ignore. However, ESPN has yet to pit the same WAC teams together in back-to-back years in the Thanksgiving weekend WAC showcase. For that reason alone, I think that the WWL might look elsewhere.

Fresno State is certainly a possibility. The Bulldogs played Boise State down to the wire (relatively speaking) last year in an ESPN primetime game. But by now, almost everyone is wise to the fact that Fresno in September is not the same as Fresno in November. Plus, the last time Benson and friends trusted the Bulldogs with a championship-caliber matchup, Pat Hill's gang laid a giant egg in Bronco Stadium with a 61-10 loss in 2008.

So if Nevada and Fresno are not the choice, then who does that leave?

How about the Idaho Vandals?

Don't get me wrong. I think this would be a mistake of epic proportions if ESPN and the WAC thought that Idaho and Boise State would make a good championship game. But I would not be surprised if ESPN thought that the rivalry storyline, the resurgence of the Idaho football program, and the in-state drama would make for must-see TV at the end of the season. What would surprise me? ESPN being able to fit more than one HD camera inside the Kibbie Dome. 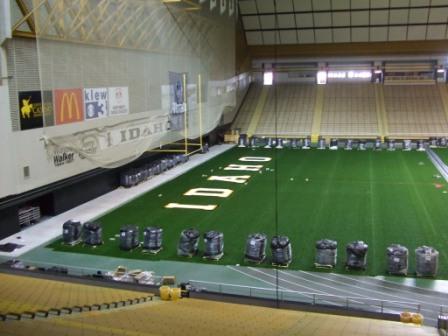 If Idaho is the best alternative, I think ESPN would be better off repeating the Nevada championship game. I don't wish for a national audience to have to see the inside of the Kibbie Dome for three-and-a-half hours.

How do you expect the WAC schedule to shake out? Can ESPN choose anyone other than Nevada to play in the WAC title game? What conference games may end up on the ESPN family of networks? Share your thoughts in the comments, and vote in the poll.