Catching up with San Jose State and New Mexico State: Which is the WAC's worst team?

Share All sharing options for: Catching up with San Jose State and New Mexico State: Which is the WAC's worst team?

San Jose State and New Mexico State. Sigh. The WAC's two weakest links find themselves on the Broncos' 2010 schedule in a couple of early season showdowns. Which one is worse? Which one might give BSU more trouble?

After the jump, read about the Spartans' and Aggies' offseason, resplendent with new coaches, old vices, and a complete anathema for forward progress. Put the children to bed. It's time for the SJSU/NMSU pre-preview.

All this week, OBNUG will be checking in with Boise State's 2010 opponents to see how their spring is going. Now: San Jose State and New Mexico State. Next: Idaho. Previously: Virginia Tech. Wyoming. Oregon State. Toledo. 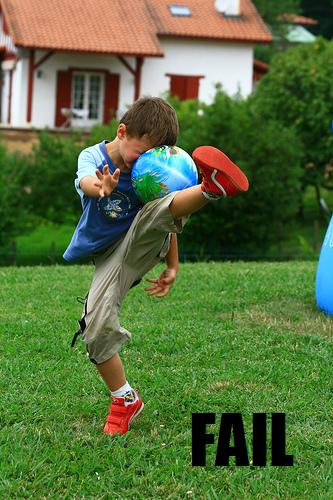 2009 was not very good to the Spartans and the Aggies. San Jose State went 2-10 on the season, casting considerable doubt on the credibility of a certain blogger who picked them to finish second in the conference (ed's note: me). New Mexico State was not much better, going 3-10 and earning the dubious distinction as the only Division I-A team to lose to San Jose State - a 13-10 game that will most definitely not be on the WAC's Season-in-Review DVD. If such a DVD exists. Which it should.

For the Spartans, head coach and part-time wax statue Dick Tomey retired, leaving in his wake a program in serious rebuilding mode and an athletic department office filled to the brim with empty Centrum Silver bottles. WR Kevin Jurovich, clearly the offense's best player, is gone, too, not that anyone threw him the ball last year.

New head man Mike Macintyre will be installing a more aggressive defense. He also plans to remove SJSU's spread offense in favor of a more traditional approach, which raises the question: The Spartans ran the spread last season?

For the Aggies, the biggest offseason losses came at LB where NMSU will have to replace all three starters from last season. On the other side of the ball, the Aggie offense was horrendous last season, which is why you will be seeing different faces at offensive coordinator and RB coach for NMSU this fall. The Aggies finished dead last in offense, dead last in scoring, and dead last in passing efficiency. There is not enough lipstick in the world to slap on that pig to make it look any better.

The Spartans return eight starters on offense and seven on defense, including first-team All-WAC safety Duke Ihenacho. Semi-starting quarterback Jordan LaSecla is back (note: may not be a good thing) as is RB Lamon Muldrow, the team's leading rusher in 2009.

The best news for New Mexico State this offseason has been a relative lack of upheaval, a welcome departure from the Hal Mumme chemical shower that the program went through in 2009. The Aggies have players with experience at nearly every significant position, including first-team All-WAC CB Davon House.

An open QB competition may provide some fresh blood in JC transfer Ryan Christian or it may solidify the Reign of QB Rating Terror of Jeff Fleming and/or Trevor Walls. Either way, the Aggies cannot be worse on offense than last year, right? Right?

The question: Which is the WAC's worst team: San Jose State or New Mexico State?

Quite frankly, both are not very good. New Mexico State has experience and consistency going for it. San Jose State has been to a bowl game within the last decade. But when it comes right down to it, these are the dregs of the WAC.

Which one is worse? Here are some points to consider:

Which one do you find less intimidating? Share your thoughts in the comments and vote in the poll.

You may start disliking this person in arrears 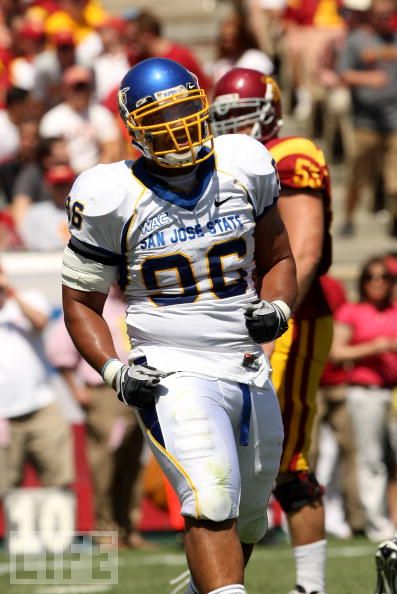 You may remember Davis from his cheapshot late hits on Kellen Moore in last season's BSU-SJSU game. Good memory. Davis was a real piece of work, and my only life regret is that he graduated before I had enough time to give him a proper razzing.

Oh wait. What's this? Davis is listed as the 117th-best defensive tackle by NFL Draft Scout? Enjoy getting taken in the 18th round, hoser. (There. I feel better.)

Good luck finding information about San Jose State. There is a Scout.com forum and a big city newspaper blogger and that is it. I prefer just making all my Spartan information up. Did you know that San Jose has not been to a bowl game since the Cretaceous Period, circa Dick Tomey's birth?

OBNUG's good friend and wager buddy Sam Wasson at Bleed Crimson has everything you would want to know about New Mexico State and plenty of stuff you didn't. Also, the Las Cruces Sun-News has a budding Chadd Cripe clone in Teddy Feinberg. It is a good time to be an Aggie fan, unless you like football.