Didn't get enough spring scrimmage coverage in my initial scrimmage recap last night? Good. Me neither. After the jump, I empty my notebook with a handful of bonus notes from the public's first look at the 2010 Broncos.

What was Matt Slater doing at guard? Who is Winston Venable's backup? What did Coach Pete think of it all? Where was Malcolm Johnson? Check out the answers after the jump, and share your thoughts in the comments.

Courtesy of the Bronco athletic department:

"We just told the guys, we've got a long time — Sept. 6 — so this is going to be a long process. If they can keep focused, keep grinding and keep getting better, then I think we're going to have some young guys that will step up that we haven't seen yet. ... I think we're making progress on offense, as well, even though it didn't maybe show so well today. I think when you're in spring ball and fall camp, there's a lot of individuals you're looking at and you'll piece the whole thing together when you get close to a game."

Coach Pete went on to say that he limited players like Austin Pettis, Jeremy Avery, and Doug Martin because he prefers to be careful with them and - let's be honest - they don't really need the practice.

Tackle is the new guard

Not only was All-WAC tackle Nate Potter plying his trade at guard in Wednesday's scrimmage, fellow tackle Matt Slater was also guarding it up on the inside. Which begs the question: Does Boise State exclusively recruit offensive tackles for all offensive line positions?

Oddly enough, two of the major guard contributors last fall - Joe Kellogg and Brenel Myers - are now a center and tackle. Will Lawrence, last year's fixture at left guard, and Michael Ames, the season opening starter at tackle, seem to be the only players still playing the same positions.

Whatever the reason for the changes, the new line combinations seem to be working. Though the defense dominated on Wednesday, the offensive line was nowhere near horrible. A couple of newbie linemen got pushed around, but for the most part, the experiment with player shuffling seems to be working.

Winston Venable appears to be the clear-cut starter at nickelback, not only because he was working with the first-teamers all scrimmage long but also because he plays like he is repeatedly being shot out of a cannon.

If I were to peg his backups it would go like this:

In fact, the comparison between Brown and White might be similar to the comparison between Venable and Jason Robinson last year. Brown seems to have the better cover skills. White, thanks to his years at LB, may have an edge in run support. Each player has the same stocky build on the field, and each stood out in his own way - White with a black long sleeve undershirt and Brown with frosted dreadlocks. Finding them on the field is not the problem, especially when each is making plays left and right. Telling which one is the better player is much more difficult.

The depth chart might put Brown and White at OR this early, but I would give a slight edge to Brown thanks to his sack of Joe Southwick and his steady play against pass and run. It should also be noted that I am rarely right about these things.

Many fans have wondered how the Boise State defense might change under new defensive coordinator Pete Kwiatkowski. And much to the chagrin of WAC teams, it appears the BSU D is more aggressive than ever.

Whether or not the playcalling dictated it or the porous blocking did, it sure felt like the Broncos were dialing up more pressure than usual. For sure, the 3-3-5 defense brought heat with the blitzing five-man rush. But it also seemed that the Broncos sent nickelbacks and linebackers at a fairly steady pace. Is Bob Gregory's influence a factor? Probably not since his Cal defenses were not exactly uber-aggressive. It appears that the Bronco defense has Coach K's signature all over it, and that signature is very heavy on pressure.

Pavel and Harman took their kicks for Brotzman's backup job at the spring scrimmage, and the winner in a Kellen Moore - Nick Lomax landslide was Pavel.

Pavel was perfect on the day, splitting the uprights on every attempt not necessarily with leg to boot but with enough room to spare that I never felt uncomfortable. Harman was the opposite, going 1-for-5 and missing wide on every errant kick. Power does not appear to be Harman's weakness. Each of his kicks would have had the distance of 50-plus. He is the Large Hadron Collider of Boise State kickers.

Venable made an appearance as the personal protector on the punt team. Do not try to block that punt, Ryan Colburn! 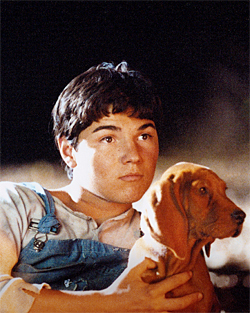