Spring scrimmage preview: What do you want to know from Boise State's first scrimmage?

Share All sharing options for: Spring scrimmage preview: What do you want to know from Boise State's first scrimmage?

Boise State takes the field for its first public scrimmage of the spring today at 2:30 at Bronco Stadium. It will be Bronco Nation's first chance to see the much-hyped 2010 team. What are you most looking forward to finding out?

After the jump, read about what I am most anxious to see, and leave me a comment about what I can find out for you. How will your favorite player perform? What questions are you hoping to have answered? Let's discuss.

Going to the scrimmage?

Great. Here is a numerical and alphabetical roster to take with you.

Stuck at work? Stuck at home? Stuck in Ohio?

No worries. I got you covered.

Send me an email with any and all questions, positions, players, and changes you want to know about. Or leave a comment on this post with any requests you have for spring scrimmage information.

I'll take copious notes and answer everything you guys throw at me. The wrap-up post may be 5,000 words and have its own intermission, but don't you think the Broncos deserve coverage like that?

My top five players to watch

My top five storylines to watch

No doubt he can throw the deep ball.

"I don't think we've ever, since I've been here with Kellen (Moore), ever said, 'Well if he had a stronger arm that would have been completed,' or 'We needed that.' His arm is plenty strong. I think that's one of the things that's very much overrated in quarterback play," said Chris Petersen.

It's a matter of where the deep ball ends up that is the problem. With a spring emphasis on mechanics and stepping into his throws, Moore is attempting to fix the only real flaw in his game (other than the option to the short side of the field). Here's hoping that Bryan Harsin dials up some deep throws for Moore in today's scrimmage.

Who are these guys and what have they done with last year's offensive line?

Thomas Byrd is out with an injury and Kevin Sapien is out with a case of opposite Benjamin Button disease. Nate Potter is a tackle-turned-guard. Brenel Myers is a guard-turned-tackle. Up is down and down is up and just hand the ball off to Doug Martin and make it all go away!

My prediction for starting offensive line in today's scrimmage goes like this: (from left to right) Garrett Pendergast Matt Slater, Nate Potter, Bronson Durrant, Will Lawrence, Brenel Myers. Faraji Wright could very well be ahead of Slater, and Joe Kellogg and Michael Ames could be somewhere in there, too. Basically, anyone over 280 pounds who is neither Canadian, Dutch, nor J.P. Nisby could be in the Broncos' starting offensive line today.

Coughlin vs. Southwick is the Megashark vs. Giant Octopus of Boise State's spring depth chart battle 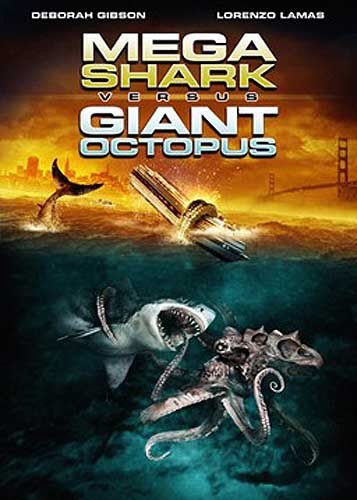 For starters, today's scrimmage is likely to be the first time since last fall that I have seen Michael Coughlin run actual plays other than handoff-to-Jarvis-Hodge, option left, and 3rd-down-sack. Also, it will be my first chance to see the progression of Joe Southwick from scout team star to potential QB2. How will I know which one has the upper hand in today's scrimmage? The same way I get all my inside scrimmage information. I go with the opposite of whatever the fairweather fan next to me says.

Thanks to the black hole of media coverage surrounding spring practice, there has been no way of knowing how Aaron Burks and Geraldo Hiwat are doing in the competition for backup WR. How much have Burks and Hiwat progressed since fall ball? And have they done enough to pass up Mitch Burroughs or Chris Potter on the WR depth chart? I will get to the bottom of this today.

Punt return duties are as-yet-to-be-determined but perhaps only because Titus Young has yet to fully convince coaches he can hang onto a football. One of my favorite parts of spring scrimmages is the exorbitant amount of play that special teams gets, which means there should be plenty of opportunity to scrutinize Young. Also expected to field punts is Ebo Makinde and (if healthy) Jerrell Gavins.

Lend me your questions

There is much more that I am looking forward to seeing today, but I want to turn it over to you. What information do you want me to bring back from the Broncos' first spring practice? What questions are you hoping to have answered? What players are you most looking forward to watching?

Share your thoughts in the comments, and I'll be sure to cover it all.