Dispatches from the BCS office: NCAA Tournament not as great as you think

Share All sharing options for: Dispatches from the BCS office: NCAA Tournament not as great as you think

With March Madness at its maddest, college football fans can't help but be a little jealous of the exciting, competitive, fair national championship tournament that NCAA basketball gets.

After the jump, BCS headperson Bill Hancock explains why such thinking would be foolish. Do you not have any respect for a regular season? Are you aware of Cornell's strength of schedule? Has anyone explained to you that St. Mary's is not located in a Top 50 TV market? Let's see what Bill has to say. 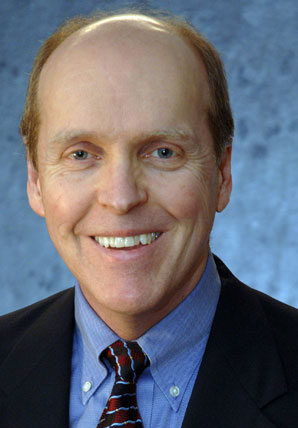 Bill Hancock here. It has come to my attention - via homing phoenix - that the first weekend of the NCAA tournament was full of upsets, intrigue, excitement, drama, Gus Johnson, and near-universal accolades for being the most exciting weekend in amateur athletics. How quickly you forget the 2010 Sugar Bowl. More of you should have had the box score of that game tattooed onto your calf, like I forced my bondservant Jim Jebow to do.

Before you go rushing to judgment about the greatness of a college basketball tournament, let me remind you of the facts.

Supporting the NCAA tournament is like supporting free enterprise, and in case you haven't noticed, our country is in a recession. Truth be told, I haven't noticed because my BCS salary is recession-proof. But I read about it in Time. Rather, I had Time read to me. Glossy magazines leave ink on my fingers.

Does the NCAA Tournament really need 64 teams? Of course not. Butler had a great season. That is reward enough.

You might think you are a fan of Cornell, but did you know their regular season schedule consisted of Yale, Brown, Princeton, and Harvard? That is not a good strength of schedule. If I were in charge of the NCAA tournament, I would have had a hard time putting Cornell in. Also, it would not be a tournament. It would be Kansas vs. Kentucky.

Speaking of Kansas, I find it just tragic that the Jayhawks are no longer around to compete in the Final Four. Kansas should have been justly rewarded for winning the Big XII title. I suggest that all future conference champions be granted three consecutive byes so that the first game they play is in the Elite Eight. How do you determine which conferences get the preferential treatment? The same way that Jesus chose his disciples: Which ones have the most money.

College football fans, I warn you to not go down this slippery slope of NCAA tournament wanderlust. It starts with discounting the regular season. It ends with alcoholism and living in a cardboard box on the streets of Fresno. There is no alternative. I picked up a magic mirror at a swap party with Jim Delany, Trev Alberts, the late Myles Brand, and the cast of Shrek, so I know this to be fact.

I have warned you of this fate before. Allow me to read from the gold-plated plaque above my kitchen's fireplace:

"In all the years in basketball, I saw something happening that bothered me just a little bit and it was the energy going out of the regular season into March... I don't want to see that happen in football."

Think of Kansas. All the Jayhawks did was win the Big XII regular season title and then get unceremoniously dumped in the round of 32. Seriously. They did not even get a ceremony. I would have given them a truffle bar, at the very least.

When Kansas won the Big XII in football, they were rewarded with an Orange Bowl berth. And that Orange Bowl was viewed by 15 million people. Fifteen million! That is more than Ghost Whisperer, and Jennifer Love Hewitt is at least in the BCS Top 15 of TV actresses.

You may think I am alone in feeling this way, but there are real people that agree with me, several of whom I have not had to pay off. Take Stewart Mandel, for instance:

College hoops regular season in a nutshell. Kansas won Big 12, beat KState three times. All anyone will remember is KState Sweet 16, KU not.

He is so right. And as reward for being right, I have invited him to BCS headquarters to be cloned because the media needs more people who think like him. ESPN TV contracts are footing the bill. And don't worry, Stewart. It does not hurt that bad, no matter what Mini Bill Hancock tells you.

College football fans, you need to be more like Stewart Mandel and Stewart Mandel 2.0. Consider the sanctity of the regular season when you are writing your bitter, threatening letters to me. Find St. Mary's on a map before you go touting them as the reason a football playoff should exist. And sit on this: The NCAA tournament is scripted. I know because I faked the Texas-USC Rose Bowl and it wasn't that hard to do.

If after reading this memo you still desire a college football playoff, then I guess I have no choice but to oblige. This offseason, my fellow BCS chairmen and I will consider adding a two-team, single-elimination tournament with participants to be determined by a formula.

You're welcome. You can never say that the BCS does not listen.

(As dictated to my helper robot.)