Boise State pre-spring depth chart: What positions are up for grabs?

Share All sharing options for: Boise State pre-spring depth chart: What positions are up for grabs?

Congratulations, Bronco fans. You made it to spring practice!

The Broncos take to the practice field in less than a week - Monday, March 8, to be precise - for the start of a month of sort-of-real football, and I could not be happier. How happy am I? Happy enough to make my own pre-spring depth chart and expound 5,000 words on it after the jump. Read along and leave your thoughts on the roster in the comments. What positions will you be watching this spring?

Disclaimer: Much of this depth chart was plagiarized off of the Broncos' Fiesta Bowl depth chart, and the whole thing is really nothing more than speculation since BSU will not be faxing me an official one any time in the near future. Still, it's fun to dream ... with hyperbole! Matt Kaiserman's going to switch positions to punter!

It's my depth chart and I'll misrepresent reality if I wanna

I did not have a whole lot to go off of in compiling this depth chart, so a lot of it ended up being educated guesses on my part. As I have come to learn, people like to disagree with my educated guesses. Do you see some players or positions that could use a reshuffle? I was particularly lost at defensive tackle. What am I supposed to do with all those big guys?

Note: Also, apologies to any player class distinctions that are incorrect. BroncoSports.com is kind of hit-and-miss when it comes to accuracy, and I am more about shifting the blame than researching on my own.

Look at all the seniors!

I preferred the depth chart when it was filled with underclassmen. I hate good-byes. And seniors. They picked on me a lot.

Look at all the talent that is entering the final year of BSU football. Pettis, Young, Avery, Winterswyk, Johnson, Venable, offensive line people. It is funny how one season of a tiny senior class gets you believing that this roster will be around forever. It won't, obviously. If only all the Bronco players had Benjamin Button disease.

I'm on a bike. (via static.reelmovienews.com)

Jerrell Gavins is replacing Kyle Wilson at CB. Who's replacing Wilson at PR? Let's see you write a story about that, CFN!

I'll save the ad nauseum stories about Jerrell Gavins taking Wilson's place for the preview magazines and the Idaho Statesman. Let me just say this: Gavins started the Fiesta Bowl and was starter material long before that. There will be a dropoff at the position if only because Wilson was mythologically good. Gavins will be fine.

Now about that punt returner spot.

So why do I have this nagging feeling that Chris Potter is not the right man for the job?

Perhaps I have Titus Young wanderlust. After all, I did put him at No. 2 on the depth chart with virtually no evidence that he would fit there. But Young is fast. He returns kickoffs. He is a flesh-and-bones video game.

The exciting part of this discussion is that there are so many possibilities for this role. I would expect at least five or six players to get return chances in Boise State's spring game. In addition to Potter and Young, how about Malcolm Johnson returning kicks? Doug Martin? One of the young CBs like Ebo Makinde or Quaylon Ewing? Michael Atkinson - the Canadian Devin Hester? Don't make me name every player on the roster.

Logjam does not even begin to describe the running back position

If Boise State were to space out its RB depth chart over the next 10 seasons, they could easily have an All-WAC rusher every year. Instead, it's RB-palooza for 2010, which is good in a lot of ways, bittersweet in others, and just plain confusing for Mark Johnson.

How would you rank the Bronco RBs (assuming both Harper and Kaiserman are healthy)?

And when you are done ranking, what will you do with the ones that are fourth and fifth on the depth chart? There is something to be said for getting talented players involved in the offense, but as Boise State learned with its failed Johnson-Avery-Harper-volunteers rotation of 2008, there is such a thing as too many RBs.

What will Brenel Myers do for an encore?

Brenel Myers surprised everyone with a solid performance in the Fiesta Bowl against TCU's Jerry Hughes. Not bad for an offensive guard who had never played a game at tackle.

Is Myers set to be a fixture on the Bronco line for the next three years? Spring practice may give us a clue. If Garrett Pendergast is healthy, he and Myers could go toe-to-toe in Round One of what may be a stirring spring-and-fall-practice duel. And let's not forget Michael Ames who came out of nowhere to start against Oregon last season.

Of course, there is also the possibility that Myers move back to his original guard position and battle it out there (see below for a possible opening). And is Thomas Byrd safe at center? Yeah, he probably is. But Myers is very good and it will be interesting to see where he ends up after the spring. 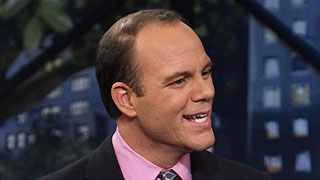 Bring back Mary Carrillo and polar bear featurettes. (via blog.zap2it.com)

The general consensus around Bronco Nation is that Efaw is the team's best tight end. Then why hasn't anyone told the depth chart? Perhaps this spring will be the passing of the tight end torch - a ceremony that would be a lot easier to schedule if Efaw could outblock Gallarda. Presumably that is the only thing keeping El Oso as TE 1A. A lot can change in the spring.

The above wide receiver depth chart is pretty random after you get past the first- and second-team spots. Anyone know how the Broncos determine who plays what receiver position? I don't. Burks was listed behind Titus Young for awhile last year, which is why I left him there. Geraldo Hiwat is a complete guess. (Don't tell the Idaho Press Club I said that. They will revoke my banquet privileges.)

Troy Oppie warns: Stay away from 2-point conversion attempts; there aren't that many WRs to go around

While most other positions on the team are stocked with talent, the Bronco WRs are rather skinny. The Broncos may only have enough bodies at spring ball to go three-deep at the X and Z positions and two-deep at the H. If either Pettis or Shoemaker remain on the sideline, it will be reps galore for the remaining six pass catchers.

Help is on the way this fall with the additions of recruits Matt Miller and Troy Ware, and there may be others that I omitted in the above depth chart. Still, I can't help but feel a little deja vu with Burroughs and Potter hanging out behind Pettis and Young on the depth chart.

Happy trails to these guys

Each of those five started games last season and played very well. And behind them are potentially great players in Charles Leno and Faraji Wright. This type of depth is evident across the board for the offensive linemen. Remember two years ago when the offensive line gave us bad old ulcers? I don't!

Note: Former FB/TE coach Chris Strausser will be coaching up the offensive line this season, and former OL coach Scott Huff will be headed to the FB/TEs. 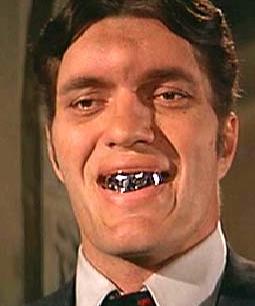 Positions up for grabs: Linebacker and ...

The nice thing about returning 21 of 22 starters is that there is little need for depth chart debate the next season. But I obviously love depth chart debate, so allow me to make molehill mountains for a moment.

Don't pretend like you're not excited about this. Last fall, Southwick set Bronco hearts aflutter with his performance in fall practice, to the point that fans were calling for Southwick to move ahead of Coughlin as the team's No. 2 quarterback. Well now with his redshirt season behind him, Southwick can make a play for No. 2 this spring with a good performance. At the very least, he will be throwing footballs again, which is reason enough for most Bronco fans to go into anaphylactic shock.

I suppose you could argue that the tour began with Riddler in January's Fiesta Bowl. Either way, Brotzman has some redeeming to do after a 2009 season that left a lot to be desired, most notably from the left hash. Spring practice will mark Brotzman's first opportunity to win back some of the trust from fans and, more importantly, coaches. He did not have a particularly good fall camp last season, so here's hoping his spring is solid and that it is a sign of things to come.

Early last month, I wrote a piece with a poll on the team's top newcomer in 2010, and the voting was unanimous: JC recruit DE Tyrone Crawford.

Is Crawford going to be around for spring ball? It's impossible to tell, at least until the Statesman reports on it or I get a subscription to Scout.com's story archives. In the event that he is not here next week (and I left him off the depth chart assuming as much), the onus for top newcomer falls on Malcolm Johnson, a second-place finisher in February's poll.

After Johnson, your bated breath will be reserved for Aaron Burks, John Michael Davis, and Other.

Lots to discuss here. What stands out to you? Any positions on the depth chart that you think need re-ordering? Who is your pick for the Broncos' new punt returner? Anyone you are especially looking forward to watch? Share your thoughts in the comments.