The second week of Spring football is over the hump and it's been an interesting week to say the least. National media suddenly took an interest in Boise State's goings on after Jason Robinson's suspension details became all too clear. Local media continued to bat a ball of yarn around their offices. Look, any one of us here would gladly duck out of work to focus on Spring ball...you guys get paid for it. Throw us a freakin' bone!

While we wait for the narcolepsy that has befallen our local media to wear off...here are a few scraps we pieced together. Enjoy.

Special teams shakeups all over the place

The departure of Kyle Wilson will leave the most obvious void on special teams as the Broncos try to replace the All-American at punt returner. With Titus Young's emergence last season as a dangerous kick returner (he returned two kickoffs for TDs, and had another negated by penalty), Special teams coach Jeff Choate needn't look too far.

"What’s the most important thing on this unit? Possession," Choate said. "Whatever else happens after that is gravy. It’s going to be the guy we have the most confidence in in that regard. … If a guy like Titus can be that consistent guy, then that’s a bonus for us because we know he’s going to make something happen."

Choate didn't elaborate on the type of gravy. Signs point to turkey. 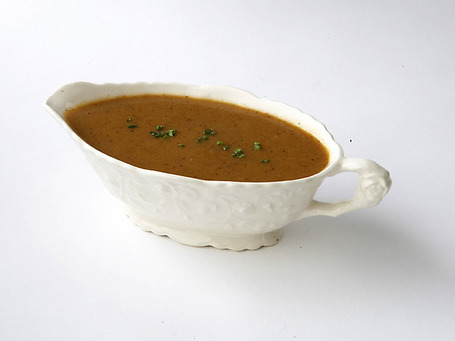 So what would be the holdup on putting the Broncos most dynamic offensive player back to field punts? The Statesman says it's ball security.

Young must first prove he can catch the ball consistently — and he has looked good in spring ball. Young has struggled with details like ball security since he arrived at Boise State.

Not quite. Young's true freshman year in 2007 was a breakout one, but Young indeed did struggle with ball security. Young was suspended for nearly the entire 2008 season but then was the picture of ball security upon his return in 2009. The fact remains, however, that consistency is key at the position and Young will need to get plenty of practice fielding the different ball trajectories of punts. The biggest test for Young, in my opinion, will be if he can shrug off his instincts to return every ball and call for a fair catch or simply let the ball go when it is warranted. When did you ever see Young settle for a touchback last year?

On the kicking front, other moves are afoot. With Kyle Brotzman sitting out Spring camp while recovering from shoulder surgery, Beaverton, OR walk-on kicker Trevor Harman has been getting a lot of attention. Choate wants desperately to lighten Brotzman's load that has included kickoffs, PATs, field goals, and punting duties for the better part of three years. Now, Harman is being groomed to handle kickoff duties to allow Brotzman some well-deserved rest.

I wholeheartedly endorse this move. Brotzman has been a steady performer on PATs and punting duties and, while a bit streaky on field goals, is manageable in that regard as well. One area that Brotzman has lagged a bit, however,  is on kickoffs, where he rarely has generated touchbacks for the Broncos. Kicking to the 5-yard line and getting a stop on the 10 or 15 is obviously a better result, but nothing is quite as dejecting as not allowing opponents even an opportunity to improve their field position beyond the 20. If this works out like the Brett Thompson/Nick Calaycay kicking tandem of the late '90s the Broncos will be in great shape.

Other potentially exciting news on the Special team front is at the holder position, as Joe Southwick and Hunter White are vying to save Austin Pettis the indignity of another point-after injury. Personally, I'd love to see Southwick or even Mikey Tamburo lock down this position...there's a reason that QBs hold in the pros, and I see no reason why it can't work for Boise State.

Unit of the day: Linebackers

The linebacking unit that gave Bronco Nation fits of rage in 2007, has steadily given way to fits of fistpumping in the two seasons that have followed. The 4-2-5 scheme, that has been so deftly employed by the unit in 2008 and 2009 has taken some of the pressure off a linebacking corps that has lacked a true run-stopping MLB since Korey Hall's departure. With one less "true" LB spot up for grabs, the Bronco D has instead looked to maximize the athleticism of the Broncos' smaller 'backers who are then heavily rotated and assigned to specific packages that fit their strengths. Two LBs that emerged last year were former walk-on JC Percy and the lanky Aaron Tevis. Tevis and Percy both finished in the top four on the team in tackles, with Tevis' height adding an extra disruptive presence in passing lanes. Tevis played a magnificent game against TCU in the Fiesta Bowl and Bronco coaches and fans alike are expecting big things from the junior in 2010.

With Percy and Tevis essentially playing the same position as weak-side linebacker, the Bronco coaches will be looking to the middle-linebacker unit for better production. Derrell Acrey will return for his senior year as will Daron Mackey, and while both put forth solid efforts in 2009, they both will have to show something special with DE Byron Hout and promising soph Tommy Smith vying for roles. Mackey's recurring knee problems will keep him out of Spring ball, but his run-stopping prowess will be a big asset for the unit in 2010 if we're lucky enough to get him back at 100%.

Of course, we can't forget newbs Allen Mooney and John Michael Davis will be nipping at the seasoned 'backer's heels. Mooney will get a late start while nursing knee issues of his own this Spring, but Davis should get plenty of looks at the weak side. Last week's reports on those practicing at nickel all but ensure that my prediction of Davis moving to the hybrid spot will not come to pass. We'll have more depth and talent at linebacker in 2010 than we've had in some time.

Titus posted a rather dangerous decree late last week on his Twitter account that he'd answer any question. What he didn't say is that his answers would rarely be comprised of more than a few syllables and the odd "LOL". Nonetheless, Titus delivered on his promise and answered everything thrown at him. Some highlights:

If you and the other WR's formed a Boy Band what would your groups name be?

I guess Dudez a Plenti was already taken.

Who would you rathr play against? Florida, USC, or Ohio St.?

And with that milquetoast, non-commital answer it appears Titus in now running for public office.

Lil Wayne ant real to me

Hey T.Y. What do you think of OBNUG? (Boise State blog "One Bronco Nation Under God")

I haven't realy looked it up, I hear they talk alot of smack tho LOL. Which can Be a good thing :)

If the video doesn't load, here's the direct link.

Et tu, Lapray? LaDustin has fallen off quickly like the rest of the local media, time to flood his inbox demanding more tales of bandannas, yearning, and the nostalgic scent of chlorophyll.

What do you make of the linebacker roulette? Could Kharyee Marshall be a factor this year without gaining 25 lbs? Inquiring minds want to know. Just don't pose the bulk of them to Titus Young.