Which Boise State receiver has the most to prove during spring practice?

Share All sharing options for: Which Boise State receiver has the most to prove during spring practice?

Note: No spring practice reports from yesterday, either because practice did not happen, reporters were not invited, or intense apathy has taken over.

On Chris Potter and Mitch Burroughs:

"I don’t know if their production was as high as we needed it. We started to see some flashes. It’s consistency with them. Chris came on at the end of the year ... Mitch has to be more productive. He had some opportunities. He’s got to be more consistent."

On priorities this offseason:

"Better blocking, develop the youth and polish up just the integrity of each receiver, the route scheme, so they understand how they’re all working together."

Head over to Cripe's Bronco Beat blog for his breakdown of the Bronco wide receivers. Cripe has stats and measurements on the main contributors this spring as well as Pease's perspective on injured Kirby Moore. Other tidbits that were notable to me: 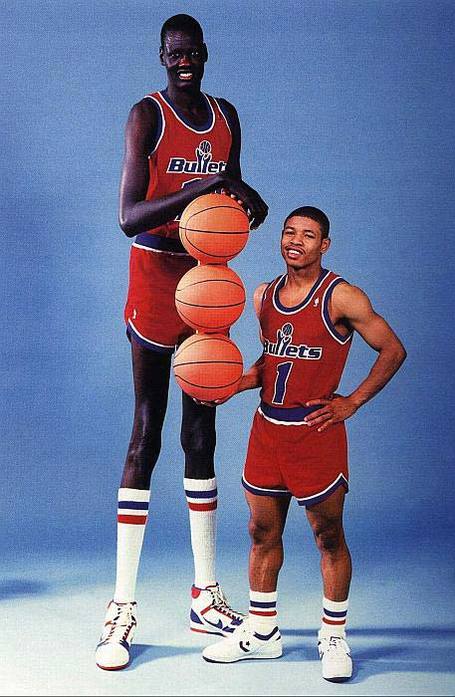 The pre-Gheorghe Muresan years. (via sportige.com)

Wide receivers with something to prove

Note: Kirby Moore is not on this list because he will not be participating in spring practice due to injury.

Which Boise State wide receiver has the most to prove this spring? Is it the starting slot receiver being pushed for playing time? Is it last year's backups who failed to find consistency? Is it one of the new redshirt freshmen who are hoping to leave an impression? Share your thoughts in the comments, and vote in the poll.