Will Boise State make the WAC tournament? A look at the most important four games of Boise State's season

Share All sharing options for: Will Boise State make the WAC tournament? A look at the most important four games of Boise State's season

Is it too late to save the Boise State men's basketball season? The next four Bronco games may give us the answer. With the WAC taking eight out of nine teams to its postseason tourney and with the Broncos currently in ninth place, BSU has an important two weeks ahead.

Will the Broncos make the WAC tourney? Can they do anything to save face over these last four games? After the jump, take a look at their chances, their schedule, and their competition down the season's stretch run.

All teams from Fresno State and up have qualified for the tournament. San Jose State is likely to get there. Idaho is probably in. The real race for the No. 8 spot is between Hawaii and Boise State. It's like the 2007 football season all over again except in reverse and with far less Colt Brennan. (Thank GOODNESS.)

It should be pointed out that this is the first year that the WAC has taken eight teams to its postseason tournament. Prior to 2009-2010, the eighth- and ninth-place teams had a play-in game on the tournament's first day. Either Boise State or Hawaii will have the duious distinction of being the first WAC team to not qualify for the tournament. 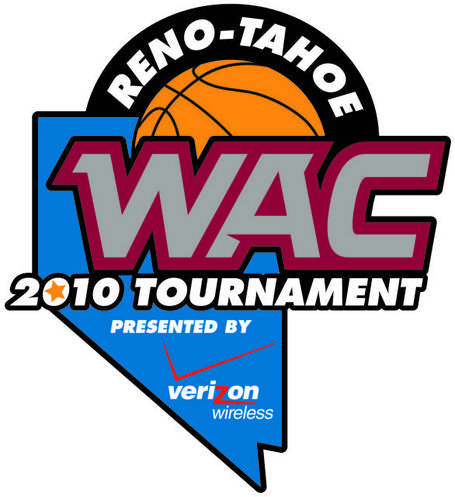 What a WAC tournament appearance would mean to Boise State

For all intents and purposes, it means the chance to get blown out by presumed No. 1 seed Utah State, holders of a 12-game winning streak and generally regarded as the best WAC team year in and year out.

But hold your Lee Corsos. Not so fast. The Broncos played the Aggies down to the wire the last time the two teams met, and although it did not translate into inspired basketball in BSU's following games, it could give the team confidence and a bit of hope if the Broncos and Aggies meet again in the tournament.

More likely, qualifying for the tournament will make the lemon of a 2009-2010 season taste a little less sour in hindsight. The Broncos would avoid historic ignominy. Greg Graham might keep his job another year. I could briefly contemplate a trip to the WAC tournament in Reno before realizing that Reno is gross and smells like carpet.

Then again, is making the WAC tournament and getting blown out by Utah State in Round One really that much better than missing out on the tournament entirely? I'd be curious to know what you think.

If Hawaii were to win either of its next two games, I would be very surprised. The March 4 visit to Taco Bell Arena is the one to watch and will likely decide which team goes to the WAC tournament. The season finale at Idaho is also worth noting since the Vandals are clearly the third-worst team in the conference this year.

I will now run through the Broncos' final four games one-by-one. U.S. curling captain John Shuster will help me. He knows a disastrous performance when he sees one. 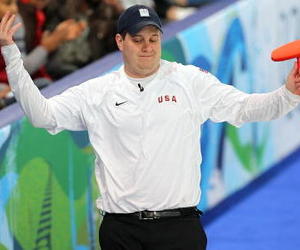 Previous result against the Bulldogs: A 15-point home loss on January 11

Louisiana Tech was one of the conference's hottest teams when the two met back in early January, and while the Bulldogs have come down to earth a little since then, they are still a very tough draw for the Broncos. Boise State does not do terribly well in front of big crowds. They do not do terribly well on the road. All signs point to a loss.

Likelihood of the Broncos Shustering this game: 3 Shusters out of4

Previous result against the Aggies: A 3-point home loss on January 9. Boise State missed three 3-pointers in the final 17 seconds.

I have a couple of things to get to in regards to this game. First, New Mexico State is really good. They swept the season series against Louisiana Tech, one of the WAC's better teams. They beat Utah State. They have only lost three games since December 18. They are pretty much the opposite of the football team, which is quite a compliment.

Second, in a hopefully good but possibly damaging turn of events, KTVB will be airing this game on its 24/7 channel, one of only a couple Boise State games that have been on TV all season (tipoff is at 7:00 MT for those who are interested). For many Bronco fans, this will be the only time they see the team in action. A great game by the Broncos could mean more interest in the program and much-needed ticket-buying momentum for the team's final homestand. A loss and there goes a big chance of capturing a new crowd of Bronco basketball fans.

John Shuster and I are predicting a loss. Sorry, Bronco ticket marketers.

Previous result against the Warriors: A 76-68 loss in Hawaii on January 4

The de facto, bizarro WAC championship game. This one will be for all the marbles, which is fitting because no one really cares about or wants marbles any more. Chances are good that the winner of this game gets the final tournament spot, and chances are good that the Warriors might be just as bad - or worse! - than the Broncos. Here is a tidbit from Tom Scott following last week's Hawaii game in which the Warriors gave up 102 points to Cal Poly:

(Hawaii) is as big a mess as the Broncos are right now. Sure, Hawaii's Roderick Flemings scored a career-high 39 points against Cal Poly. But listen to this from columnist Ferd Lewis in the Honolulu Advertiser: "Flemings scored 39 points—the most by a (Hawaii player) on this home court—but ignored the coaches' commands not to foul with 31 seconds remaining to help find time to do it. He seemed to glance up at the scoreboard that showed him with 36 points, one below his UH career high, before (fouling)."

Note: If Boise State loses this game to Hawaii, the WAC's worst team, on the Broncos' home floor, in front of the last meaningful crowd of the season, it is over for Greg Graham. Losing would be the worst possible result for Boise State. I cringe to think of the columns that should be written but won't because not enough people would care to read them.

Likelihood of Broncos Shustering this game: 1 Shuster out of 4

Previous result against the Spartans: A 2-point loss in San Jose State on January 14. Anthony Thomas' putback at the buzzer would have sent the game to overtime but was ruled no good.

Boise State was oh-so-close to getting the win over the Spartans last month. Will the Broncos' home court advantage make the difference this week?

Chances are good that this game will mean very little depending on the outcome of the Hawaii-Boise State game two days prior. Then again, maybe Kellen Moore will be in attendance. That should get about 15,000 more people there.

After these final four games are played, fate could play a cruel practical joke on us all and drag out the season with a tiebreaker. Of course, if it ends in a coin flip like from the Friday Night Lights movie, then I can't complain.

Let's assume that Hawaii and Boise State finish with the same record. Here are the WAC's tiebreaker rules as of 2009, in as plain of English as I could write:

What do you think: Will Boise State make the WAC tournament? How will the Broncos do over their last four games? Will you be watching the game on 24/7 on Saturday?

I think the Broncos will struggle on the road in their next two games but come back home and sweep their homestand against Hawaii and San Jose State. Boise State will make the WAC tournament. Greg Graham, don't let me down ... anymore than you already have.

What are your predictions?