Getting to know Bob Gregory: The who, why, and how of Boise State's newest hire

Share All sharing options for: Getting to know Bob Gregory: The who, why, and how of Boise State's newest hire

After the jump, I will attempt to answer those questions, and we can discuss where Gregory might fit in with the staff, the team, and the Broncos' future. Anyone remember Gregory from the 2001 team? Anyone think Gregory is destined to be the Broncos' new defensive coordinator? Let's discuss.

Getting to know Bob Gregory

Gregory and Coach Pete have somewhat of a history as both spent time on the same Bellotti staff at Oregon and were given their first cracks at coordinator positions in 2001 by Boise State coach Dan Hawkins.

Gregory remade the Cal defense during his eight years at the school, putting together some of the best defenses in the Pac-10 in 2004, 2005, 2006, and 2008. His defenses were good at stopping the run and occasionally stopping other things. Here are some of Gregory's career highlights:

When Gregory's defenses were at their best, they were turnover machines with balance on defending the run and the pass. The 2008 defense, perhaps Gregory's best, forced 34 turnovers (including 24 INTs) and was No. 6 in the country in pass efficiency defense. For what it's worth, the 2008 defense was Gregory's first stab at a 3-4 alignment.

The greatest drawback to the Gregory era at Cal may have been the inconsistencies of the offense. During the defense's stellar 2008 season, Cal only managed a 9-4 finish and a win in the Emerald Bowl. Fortunately, Kellen Moore is neither Kevin Riley nor Nate Longshore.

Gregory had his hands on several NFL-caliber players during his time at Cal, including Seahawks DT Brandon Mebane and Packers S Matt Giordano. But the best player that Gregory coached is an easy one to pick: Oakland CB Nnamdi Asomugha, one of the NFL's best cover corners. Gregory had Asomugha on the roster in 2002.

Why he left Cal

There is a lot of speculation as to why Gregory left Cal, ranging from the As the World Turns soap drama to the What's the story Wishbone family values. First, the soap opera. That's always my favorite. (No offense, Wishbone.) 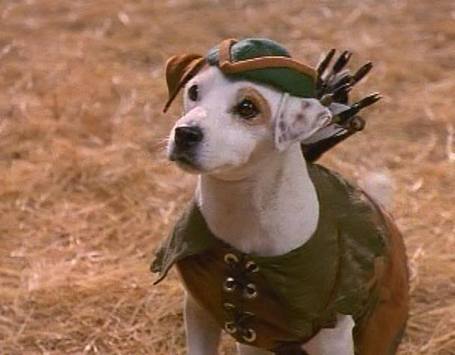 Some are wondering if Gregory was forced out at Cal after a bad 2009 season that saw the Golden Bears finish seventh in the Pac-10 in scoring defense (25.5 ppg) and total defense (379 ypg) despite returning eight starters. Apparently, the performance did not sit well with Tedford.

Tedford has said this offseason the Bears will look at adopting more aggressive defensive schemes.

Many have construed Tedford's wishes as the reason for Gregory being forced out the door, but the Cal head coach was quick to dispel those rumors. According to the San Jose Mercury News, nobody's forcing anyone out of anywhere. Gregory's decision was a career move based on family.

Gregory could not have been plucked from a better-blogged team. California Golden Blogs, SB Nation's Cal site, is full of opinion on the matter; the announcement post alone garnered over 400 comments. Their general mood? Some regret. Some relief. Not nearly the same apoplectic morose that Boise State fans had after Wilcox's departure.

I have mix feelings on this one. A part of me won’t miss Gregory, but a part of me will miss him.

I tired of his bend but don’t break philosophy and the D didn’t seem to be that great in key games. Our pass rush and secondary have been vulnerable in the past and that is sometimes a reflection of the scheme.

I hope we can get someone in who can teach how to guard against the pass and also in developing a pass rush better too.

The fans' biggest frustration with Gregory was something that California Golden Blogs dubbed BBDB, short for "bend but don't break." It appears that Gregory had a knack for rushing three and making teams nickel-and-dime their way down the field. Sounds perfect for a DC position at San Jose State.

Gregory's time at BSU was short perhaps due to David Augusto's presence in the KTVB sports department and perhaps due to the fact that Gregory was a rising star. The Broncos finished second in the WAC in scoring defense (23.3 ppg) and rushing defense (118.1 ypg) in Gregory's only year with the team. Also of note, Gregory's secondary expertise may have had an impact on the career of Quintin Mikell, a safety on the team during Gregory's only year. 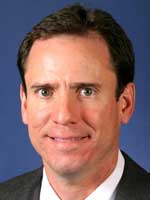 Random theories about Bob Gregory as a Bronco coach

I. Bob Gregory will serve as defensive assistant.

This is not so much a theory as a fact. Coach Pete has said as much. But with all the speculation surrounding this hire, the simple truth of the press release is often the first to be debunked by fans and media. Perhaps this move is exactly what Boise State says it is. Gregory will serve as a defensive assistant, someone with experience to be another set of eyes and ears for the coaching staff.

When you think about it, all major coaching positions at Boise State have an assistant. Brent Pease is the assistant head coach to Coach Pete. Coach Pete provides support to offensive coordinator Bryan Harsin. When Justin Wilcox departed for Tennessee, there were many stories written about how Pete Kwatkowski served as a sort of mentor and assistant to Wilcox as he learned the ropes of DC.

Perhaps Gregory is the Kwiatkowski to Kwiatkowski's Wilcox. Well, you know what I mean.

This is the theory that resonates most loudly with the KTIK Zappruder callers. There is treason afoot! But is there really?

Depending on how you look at it, the Gregory hire could very well undermine Coach K's authority. Try looking at it this way.

Would you be apprehensive if your workplace hired a person from a more "prestigious" company who held the same job title you now have? I would be a little curious about the decision..

Admittedly, I would be concerned if SB Nation hired Stephen King to be the weekend editor at OBNUG. But then again, what does Stephen King have that I don't have? A Pulitzer? Disposable income? 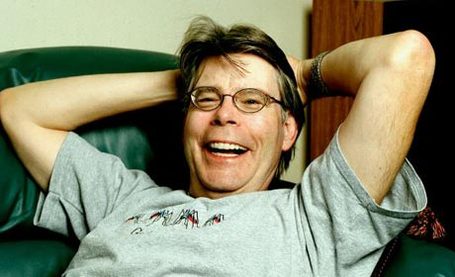 Not pictured: piles of money. (via blogs.guardian.co.uk)

The biggest reason why this theory does not work is that Coach Pete has given absolutely zero indications that Kwiatkowski is unfit for the defensive coordinator position. Putting aside the possibility of spin and lying, there is no reason to believe that Coach K is not up for the task. Here are some quotes from Coach Pete around the Kwiatkowski promotion:

"That was a really healthy, awesome relationship in terms of what went on with those guys the last four years," Petersen said. "They were kind of the yin and the yang."

Oh, if only it were this easy.

The natural opening when Kwiatkowski promoted was at defensive line where Coach K had spent the past several seasons. The only problem is that Gregory is a secondary guy.

It's not clear what role Gregory will play at Boise State. Gregory's specialty in the past has been the secondary, but Marcel Yates is the Broncos secondary coach.

Strangely enough, the possibility of a secondary coach hire was not even brought up during the defensive coaching staff shuffle.

Kwiatakowski is leaning toward keeping his defensive line responsibility.

If Kwiatkowski does keep his D-line coaching duties, then Gregory could take some of the load off of the DC's plate. Which leads me to ...

IV. Bob Gregory will be co-defensive coordinator with Kwiatkowski.

I first heard this theory from ESPN's Ted Miller, and I must admit that the more I repeat it in my head, the more it makes sense.

Kwiatkowski's defensive coordinator experience is at Big Sky Montana State. Gregory's DC tenure was at Pac-10 Cal. The two could probably learn a lot from each other. Plus, if you add defensive line to Coach K's workload, he will be hard-pressed to match the all-consuming defensive masterpieces of Wilcox. If he had a little help, things might be easier.

This theory plays off of theory number one inasmuch as Bob Gregory did not come to Boise State to make a power play. He came to Boise State in order to have greater access to cheap family fun.

"I appreciate Bob's dedication and loyalty to the Cal football program over the last eight seasons," Tedford said in a statement. "This was coach Gregory's decision all the way to make what he feels is the best move for his family. I admire Bob both as a professional and a friend, and respect his value of family. I support his decision to do what's best for his family and wish them all the best as they move forward."

VI. Bob Gregory does not care about money.

Addendum to theory five is Gregory's contract situation with the Broncos.

As for money, it's possible Boise State can match the $241,000 Gregory was making at Cal (before bonuses), at least when the salary is adjusted for cost of living.

No announcement has been made about Gregory's contract with the Broncos, so I am forced to make sweeping generalizations and guesses. I cannot be held responsible for the lack of facts that follow.

According to a USA Today report, Boise State's highest paid assistant coach made $224,000 last year. I assume this assistant was either Wilcox or Harsin. Either way, this salary was less than what Gregory made at Cal, and it would not jive to have a defensive assistant break the bank with a contract greater than a coordinator's. Plus, there were no indications that Kwiatkowski got a big raise when he took over DC duties, so if Gregory's salary remains anywhere near what he made at Cal, he could end up making more than his defensive boss at Boise State.

VII. Bob Gregory will take over for Coach Pete

I'm not sure how I feel about this one, but here it is.

Call me crazy ... But maybe Bob Gregory see this as opportunity for head coach position once (Knock on wood) Coach Pete leave?

My feelings on Gregory

If I have to choose sides on any of the theories above, I would be more likely to side with Mikrino's comment from yesterday:

This shouldn't be much of a surprise. When Wilcox left, a spot was opened up. Ultimately an outside hire was going to be warranted.

This hire was made out of necessity. The circumstances surrounding it make for more of a story than there probably is.

In the end, what I will care about is how much his defensive philosophies impact Boise State's defense.

Pretty much the only way that I would not be content with Gregory coming to Boise State is if the bend-but-don't-break, vanilla approach shows up in Boise State gameplans. The Broncos have been successful on defense over the past couple seasons because of their cutting edge schemes and open-minded gameplans. If BSU gets away from that, I think they will be in trouble.

In a perfect world, Kwiatkowski will continue the trend of outscheming opposing offenses and Gregory will help with the day-to-day duties of defensive coaching. Also in this perfect world, Boise State will play for a national championship and I will own my own Dairy Queen.

What do you think of the Gregory hire? What theories mentioned above do you think make sense? Any worries about Gregory's BBDB or his Cal departure? Share your thoughts in the comments.