Nothing gets you over the last one like the next one, so let's hope the Broncos are on their game for a senior day tussle with Utah State...I know I will be for the last Know your enemy of the regular season. Come now, gents...after the jump, let's know the Utah State Aggies (but not in the biblical sense).

10) Why is the New Mexico State Aggie a cowboy and the Utah State Aggie a pig cow bull? Well, an Aggie mascot generally denotes that the school is an agricultural institution. Utah State was established in Logan, Utah as the Agricultural College of Utah and didn't become Utah State University until 1957. The first athletics teams actually were known as "the Farmers"...here's an artists' rendering of the first USU mascot. 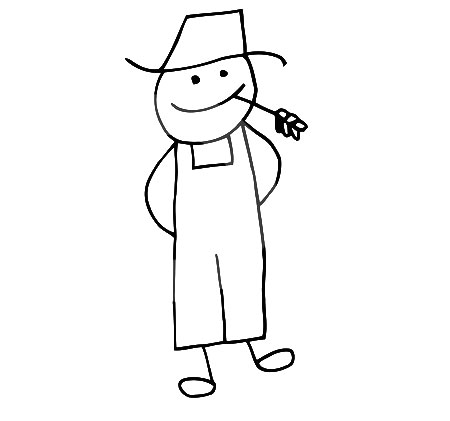 9)  Utah State played in the inaugural Humanitarian Bowl in Boise, Idaho, but have not been to a bowl game since. All told, they've only played in 5 bowl games since 1947 and their record is just 1-4. The Aggies' lone win came in the Las Vegas Bowl against Ball State in 1993.

8) In 1896, Utah State's head football coach is recorded to have been "Professor Mayo". Not much is known about Professor Mayo except that he was unsuccessful in the only game of his career—a 6–0 loss to Brigham Young Academy. But why should we stop there? Professor Mayo's story must be told...and I am here to make up that story.

In 1863, Joseph Mayo was born in the lower Cache Valley to Mr. and Mrs. Cinco D. Mayo. Joseph's father shoed horses and midgets for a living and by the time Joseph was five, had made enough money to send young Joseph to the Mayo Clinic in Arizona. The Mayo Clinic at that time was just a ranch outside of Mesa that was owned by Cinco's uncle Jasper. Young Joseph stayed at the Clinic and helped round up the horses and midgets for his great-uncle until he was 21...at which point he headed to the prestigious DeVry Institute to study steam engine repair. Joseph excelled in his studies and eventually went on to receive doctorates in the fields of biology, nephrology, physiology, autonomy, and misogyny. By 1893, he had received tenure as a professor of Practical Entomology (fly tying) at the Agricultural College of Utah. Three years later he was tricked into coaching a one-off game against Brigham Young Academy...a game he might have won had a nearby horse not bucked and thrown it's midget rider onto his star quarterback, breaking two of his ribs and making him contract dropsy, cholera, scurvy, and other such 19th century diseases. A papier maché statue of Professor Mayo was erected in 1901 on campus, but only lasted until a rainstorm hit 3 days later.

7) The Aggie football team's most celebrated alum is the late Merlin Olsen. Olsen was a 14 time Pro-Bowl selection, a Hall of Famer, and named to the NFL 75th Anniversary All-Time Team in 1994. You may also remember Olsen as playing Charles Ingalls' pal Jonathan Garvey on Little House on the Prairie and trying to guilt you into buying FTD flowers. Come on, do it. Your wife's birthday is coming up.

Merlin, you're a wizard of a spokesman. See what I did there?


6) Utah State actually has an alum named Archimedes Plutonium. Ludwig Poehlmann graduated from Utah State in 1979 with a Masters in Education. He later went bat-BW insane, legally changed his named to Archimedes Plutonium and gained "internet notoriety" (like regular notoriety, but sadder) by positing hundreds of scientific theories on Usenet. Among some of his more "interesting" findings: that the universe is a giant plutonium atom, and that he had invented a new decimal number notation that leads to proofs/disproofs of the prime number theorem. Color Professor Mayo unimpressed.
5) Utah State has long-standing ties with NASA and conducts extensive aerospace research. Utah State is one of only six universities to participate in NASA's New Millenium program, and as such, conduct research on the Geosynchronous Imaging Fourier Transform Spectrometer (GIFTS). I don't think I am overstating when I say that behind border security and the economy, the Geosynchronous Imaging Fourier Transform Spectrometer is the most important issue facing Americans today.
4) Prior to becoming Boise State's head coach in 1968, Tony Knap led the Aggies for 4 seasons, going 25-14. Knap was 71-19 at Boise State. Better.
3) Nolan Bushnell, the founder of both Atari and Chuck E. Cheese's is a Utah State alum. In related news: Nolan Bushnell is the awesomest person that has ever existed! 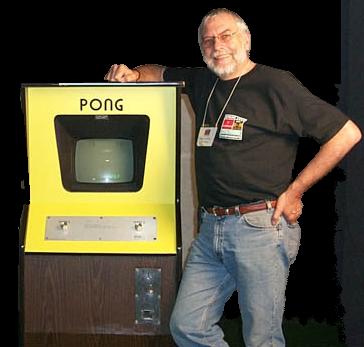 This guy basically invented fun.
2) In 1989, for a tax write-off on the unsold inventory, Apple Computer Inc. buried about 2,700 unsold Apple Lisas in a guarded landfill in Logan. I think it's pretty clear what is going to be done with all those "Diondre Borel for Heisman" posters.

1) It took the help of Utah State researchers for the University of Idaho to clone the first mule Idaho Gem in 2003. The work was divided right down the middle, so two guesses which end of the mule the Vandals cloned.