Share All sharing options for: Vegas Bowl BIFFF on Boise State versus Utah

We all saw the Boise State defense cram it down Utah's cram hole in the Las Vegas Bowl. But how bad was it really? Austin Pettis had his way with the Utah secondary. But to what extent?

BIFFF has the answers as well as some advanced stats from Boise State's MAACO Bowl win over the Utes. Join me after the jump for a rundown of what went down and a look inside the numbers.

The five most interesting stats from Boise State versus Utah

There were seven total turnovers in the Vegas Bowl, and only one of them turned into points - a first quarter field goal from Utah's Joe Phillips following a Kellen Moore interception. The other turnovers had their drives end in missed field goal, punt, punt, downs, fumble, and missed field goal. Football traditionalists mourn. 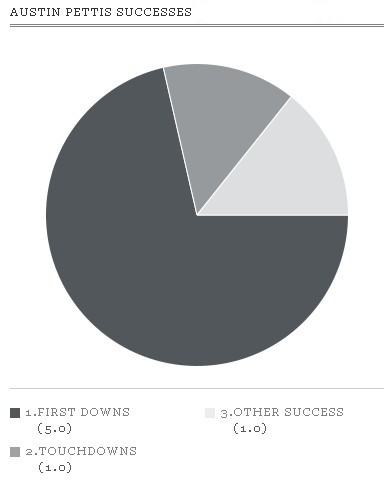 Starting with his fourth-down snag, Pettis rolled off seven consecutive successful plays, including five first downs and a touchdown. His last reception - a pass to himself - ended the string. 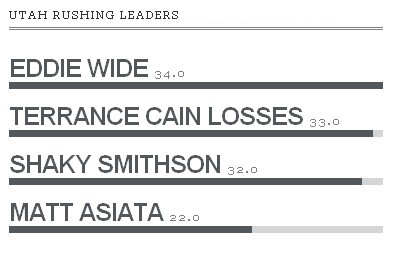 Between sacks and read option plays gone awry, Cain had a rough night in the boxscore, losing 33 yards on six attempts. Utah's Eddie Wide was the team's leading rusher with 34 yards on six carries. 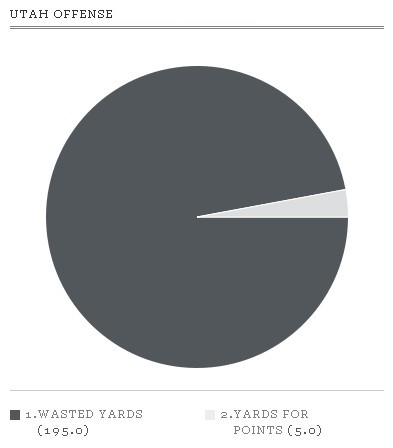 Only five of Utah's 200 yards led to points

Give credit to the Bronco defense for doing the best it could after being dealt a pretty awful hand. With Utah enjoying stellar field position all game (an average Ute drive started at their own 38-yard-line), the Broncos only allowed three points on a drive that lasted a total of three plays and five yards. (HT to Joe Phillips missing two field goals and the Utes coming up empty on a late fourth quarter drive) 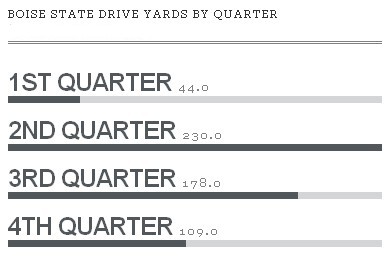 Take away their first quarter performance (44 yards, fumble, INT), and the Bronco offense was just as good as usual - piling up 499 yards on an overmatched Utah defense. Plus, if two TD reversals go their way and Tyler Shoemaker catches that fourth quarter TD pass, the offense could have scored 41 points.

Note: Yardage totals in chart reflect drive totals, which include Utah penalty yardage. Hence why the total might not be 499.

What stats stood out to you in this game? Impressed with the Boise State defense? Surprised no one could capitalize on turnovers? Think Utah was overrated? Share your thoughts in the comments.