It's a bittersweet moment as we prepare for the final football game of the 2010 season, because it's also time to bid a fond adieu to Know your enemy for about 9 months (unless you guys are down for a "Know your spring scrimmage" article). The Broncos have some extra motivation to drop the Utes tomorrow evening and hope to lift the spirits of Bronco Nation once more before Christmaas. The Utes have a nice little bowl win streak to defend. Exactly what will happen in the desert tomorrow evening is anyone's guess (except Christian Cox)...so let's just bask in the warming glow of useless facts and childish jokes one last time, friends. It's time to know your bowl enemy—let's roll.

9) The Great Salt Lake is actually more of a big, salty puddle. The average depth of the million-acre body of water is only 13 feet, or in nautical measurements—10 Augustos.

8) For some reason, the University of Utah's women's gymnastics team is known as the "Red Rocks". This reminds me—you can purchase adult contemporary instrumentalist John Tesh's Live at Red Rocks CD for only $14.49 at Amazon. Order today and they'll ship before Christmas! 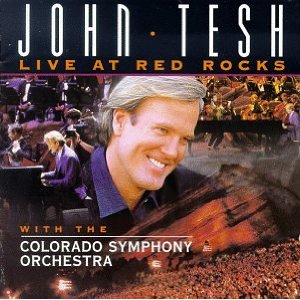 This has nothing to do with Utah women's gymnastics. Or does it?

7) 3 of the top 5 highest scoring games by the Utes have come against an opponent known as "Fort Douglas". In 1904 and 1905, the Utes dropped 107 and 129 points on the hapless squad, respectively...and then for good measure in 1913, rolled up 89 on the Douglas all-stars. Anyone beginning to think this "fort" was nothing more than a couple of couch cushions and some blankets?

6) The last Ute head coach to leave the school with a losing record was Jim Fassel. Despite Fassel's ineptitude in Salt Lake, he was able to parlay his poor coaching into several coordinator stints in the NFL before becoming the head coach of the New York Giants in 1997. Fassel's career arc is what is known as "pulling a Tom Cable". 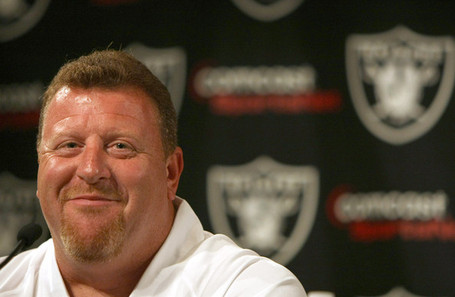 5) The Utes play their home football games in Rice-Eccles stadium (capacity 45,017). The stadium is named after Health Club pioneer and major donor Robert L. Rice and First Security CEO Spencer Eccles. In 2002, the stadium hosting the opening and closing ceremonies of the Salt Lake Winter Olympics. The Olympic flame burned brightly until 2006, when the Broncos came in and knocked the Utes' lights out.

4) The winningest coach in Ute football history is Ike Armstrong, who coached the squad for 25 years and won 141 games and 13 conference titles. Prior to coaching the Utes football (and basketball and track) teams, Armstrong played fullback at Drake University and probably wrestled bears at some point. After departing Utah, Armstrong went on to become the athletic director at Minnesota for 13 years and was inducted into the College Football Hall of Fame in 1957. For years, Ike was the winningest guy named Ike in the entire United States...that is, until Dwight "Ike" Eisenhower won the presidency in 1953 and then Ike Turner came on the scene in the 1960s and finished his career with 142 fistfight victories over Tina Turner.

3) I know we generally list off famous alums on these, but here's one that's a tad more infamous. Serial killer Ted Bundy was attending the University of Utah Law School when he began his murderous rampage. Don't worry, Utes, other organizations besmirched by association with Bundy include University of Puget Sound, University of Washington, the Republican National Convention, the Mormon Church, and Volkswagen.

2) Rotund head coach Rick Majerus led Ute basketball team all the way to the national championship in 1998 before eventually losing to Kentucky. Majerus left Utah after 15 seasons after racking up 323 career victories. Through sheer tenacity, Majerus was also able to rack up 7 heart bypass operations while at Utah. Bratwurst with the assist. 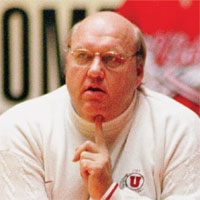 1) The Ute football team is 12-3 all-time in bowl games. As has been discussed, they have won 9-straight dating back to 1999. The last bowl loss by the Utes was a 38-10 defeat at the hands of Wisconsin in the 1996 Copper Bowl. Last night, a total lunar eclipse occurred on the winter solstice for the first time since 1638. I just thought I'd mention that to anyone that thinks the Utes bowl-win streak sets any kind of precedent. Nothing lasts forever. The Utes will find this out tomorrow night in Las Vegas.