The Broncos have been strangely charitable to opposing running games in recent weeks. Does that end with Wednesday's Vegas Bowl against Utah?

After the jump, I take a look at that question and more as I run through Boise State's Vegas Bowl depth chart. What about the run D? Will I be able to say good-bye to these seniors? Who is on audition? Let's discuss.

Disclaimer: Depth charts mean as much as you want them to mean. Keep in mind that things change over the course of a game week and that game situations, injuries, and performance will render some of this depth chart moot. Still, it's fun to speculate ... with hyperbole! I'll miss this team so hard!

Note: Boise State has all but given up releasing an official depth chart, so what you see above is the latest one available with my best guesses at what this week's looks like.

Boise State's run defense under the microscope, a big-boned microscope

In the last two games, the Broncos previously impenetrable girth shield has allowed:

So what can we learn from this? Well, we can probably stop calling the Bronco D the greatest of all time since it obviously has some weaknesses that teams can exploit. Both Nevada and Utah State chipped away at the Bronco defense with pretty straightforward runs. It was not very similar to the hacking/slashing style of Louisiana Tech.

But here's the rub: Both Nevada and Utah State had more than 50 carries. Fifty!

The only teams to average more than 50 carries per game were Air Force, Georgia Tech, Army, and Navy, all of whom swear by their option offense. Nevada and Utah State are both Top 15 when it comes to attempts per game, but going over 50 definitely exceeded their season average.

The reason I bring it up is this: Can Utah have success on the ground against the Broncos?

If you're defining success as rushing for 250 yards, then I think Utah will have a tough time getting there. The Utes rank 96th in the country with 33 carries per game, and they had 28 and 35 carries their last two games neither of which netted more than four yards per rush.

If you're defining success as gaining positive yardage to keep moving the chains, then maybe. A mobile quarterback will help boost those rushing numbers, and the Utes certainly have talent in the backfield.

But at the same time, when you show Superman a bit of kryptonite, chances are he's going to cram it in a bag, ship it to the boonies, and never plan on seeing it again. Utah could have a tougher time cracking 100 yards than 250.

You're down by three, with the ball inside Utah's 20-yard-line, one play left in regulation. Do you ...

b) Go for the touchdown because you have Kellen Moore and because Brotzman has missed field goals in his last two games and because this is a bowl game, it's important

d) Wait for officials to review the spot and then for the game clock operator to take an hour-and-a-half setting the time to 0:02 instead of 0:01

Enjoy them while they last, Bronco friends

Boise State's senior stars will be donning a Bronco uniform for the last time on Wednesday. Does this makeanyone else incredibly verklempt? 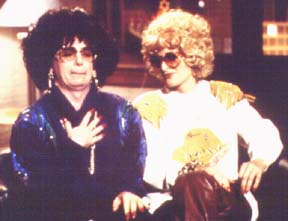 Talk amongst yourselves. Rhode Island is neither a road nor an island. Discuss. (via ihaspc.com)

Do not give Boise State coaches extra time to prepare because you're just opening yourself up to complete and utter gameplan brilliance. Justin Wilcox weaved a claustrophobic dream defense prior to last year's Fiesta Bowl win. Does Pete Kwiatkowski have it in him to do the same for the Vegas Bowl?

What curious personnel decision will we have this year?

In the Hawaii Bowl, Ian Johnson played sparingly for reasons that aren't immediately clear to me. The Broncos lost. In the Poinsettia Bowl, Jeremy Avery barely saw the field for who knows why. The Broncos lost. If I were Tyler Shoemaker, I'd be on high alert.

Auditions for 2011, those are happening

Whether Bronco players admit it or not, there will most likely be some auditions for playing time in this year's game. Think about it: Boise State loses at least nine seniors in starting spots and this is the last real game until the season kicks off in September against Georgia.

My pick for best audition is Tyrone Crawford who has really been auditioning well all season long. He is the future Ryan Winterswyk, of this I am 80 percent certain.

Also, keep an eye on the play of Brenel Myers (once and future O-line starter) and note who Boise State brings into the secondary as the fifth DB.

How do you think the Boise State run defense will look? Curious to see what Pete Kwiatkowski will draw up for the Utes? Hope there are no bowl game personnel surprises? Share your thoughts in the comments.