Pictures and video of the new Boise State bowl uniforms

Share All sharing options for: Pictures and video of the new Boise State bowl uniforms

By now, you've probably seen the new Boise State uniforms that the team will wear for the Las Vegas Bowl. But have you seen them all in one place? With grainy Flip Video footage? I didn't think so.

Check out video above of the unveiling of the NIKE uniforms yesterday at Cowboys Stadium in Dallas, and then hit the jump for more pics and info about the new duds. Happy with the look? Can't really tell what's different? Wanted more gray? You better not have. Share your thoughts in the comments. 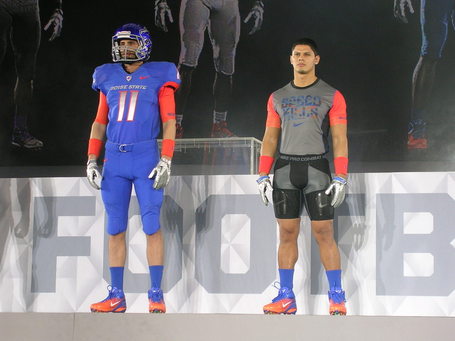 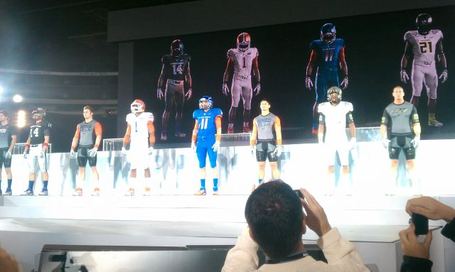 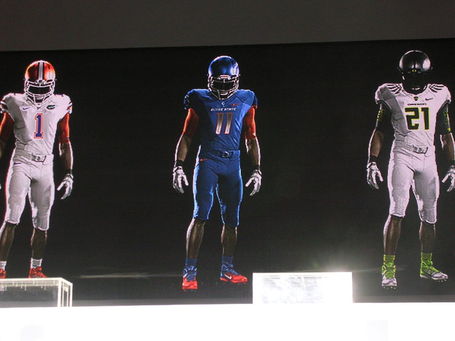 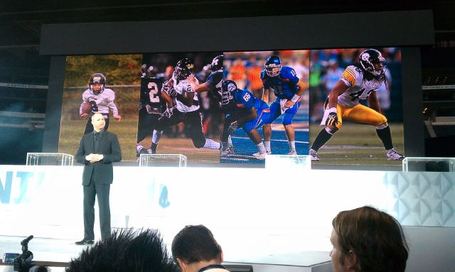 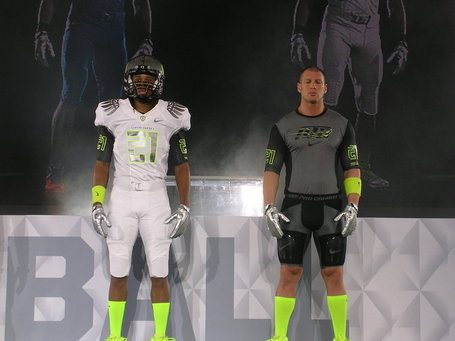 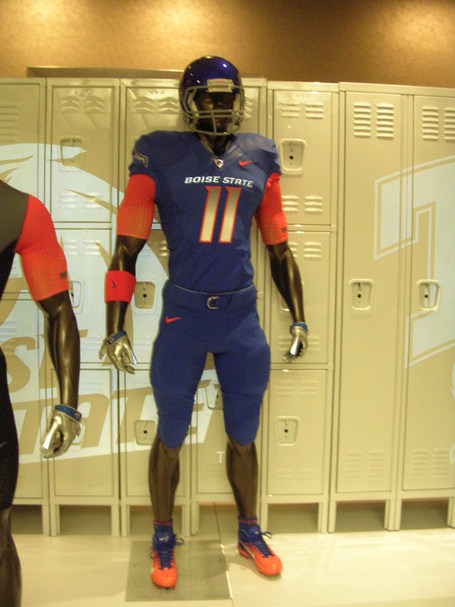 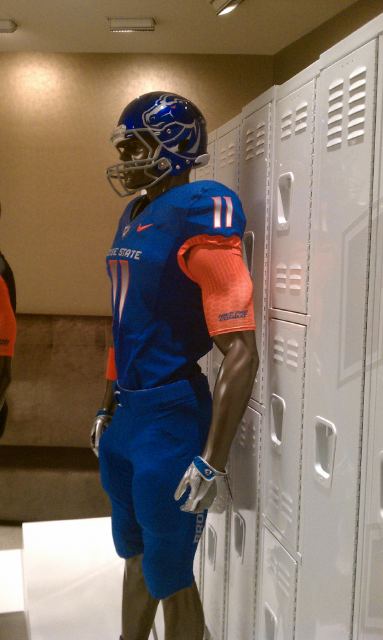 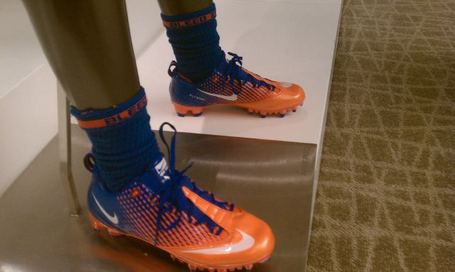 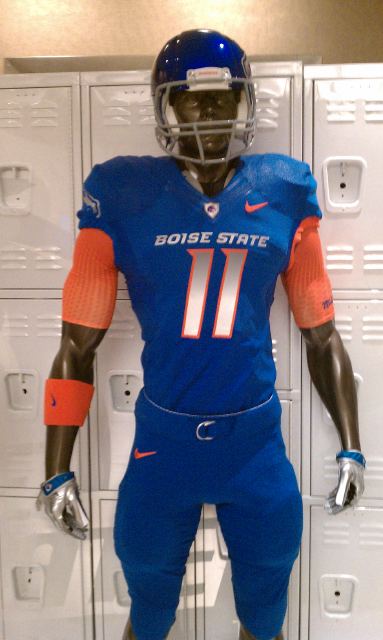 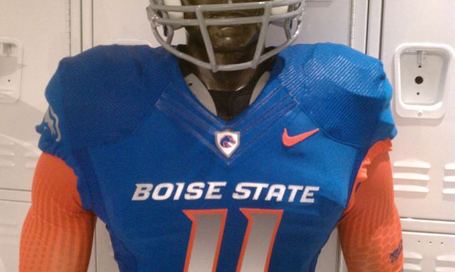 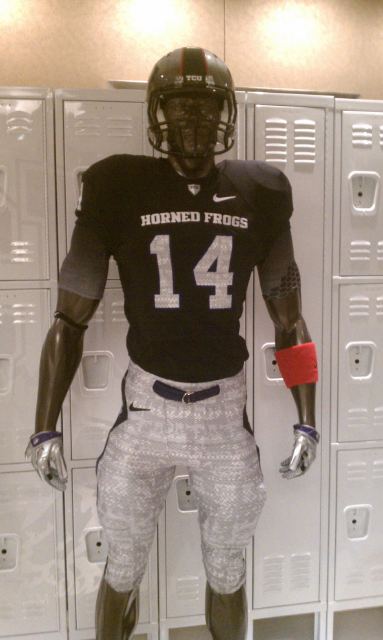 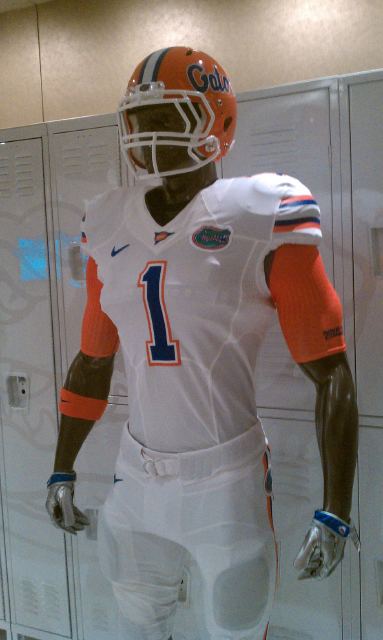 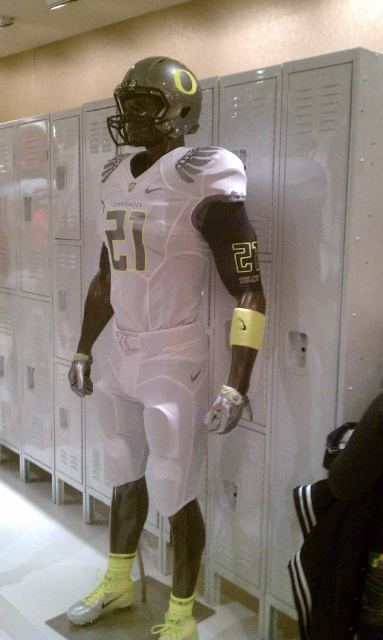 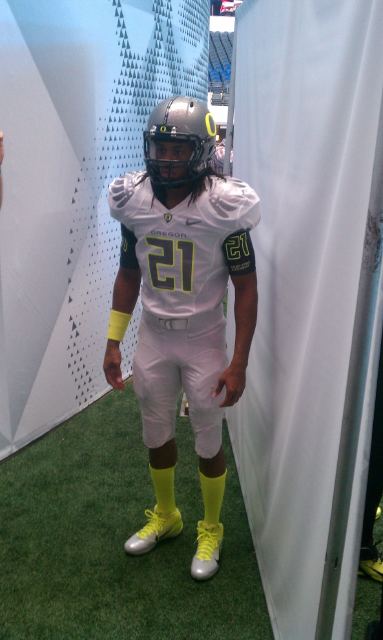 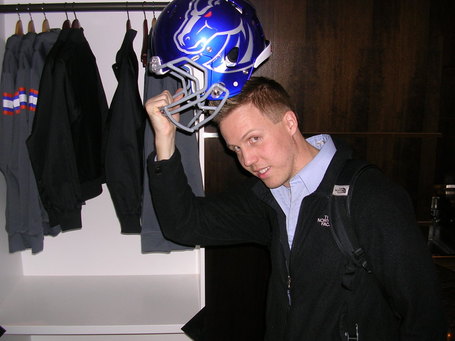 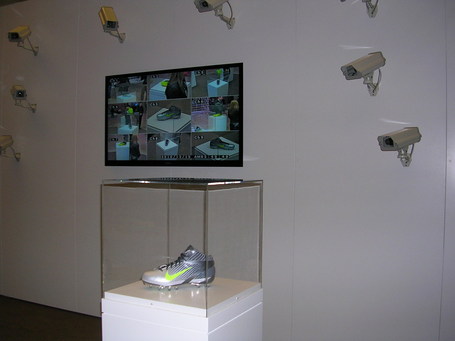 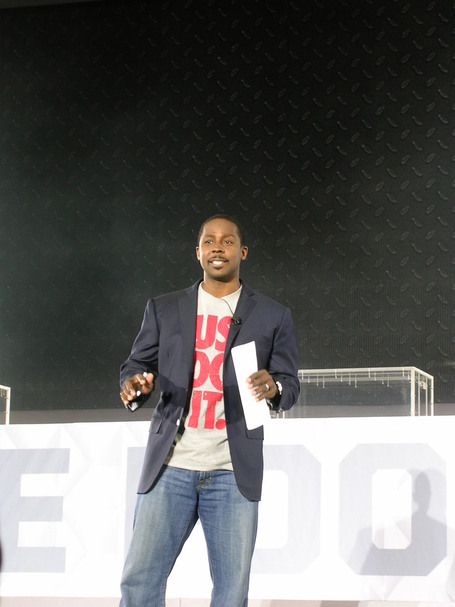 OBNUG was on the scene due to some obvious clerical error, so Nick and I got an up close and personal look at the new uniforms. Rumor was that these were the team's new uniforms for all of next season. I tried to nail down a NIKE exec to confirm that rumor, but no one would bite.

That said, the packet that they sent us home with did include mock ups of both the uniform that was displayed today and an all-white uni with the fabled white helmet. The description paragraph alluded to these being the home-and-away unis for 2010. We'll see.

Here are some of the cool things about these new NIKE duds, and no, NIKE did not make me say any of this.

St. Louis Rams running back Steven Jackson and I chatted about the Boise State - Oregon State game from way back when and made fun of former Idaho linebacker and current Ram David Vobora ... I told Clay Matthews to say hi to Korey Hall for me, not that he'll have any idea who I am ... Desmond Howard emceed the event and inspired me to rock the T-shirt under sportcoat look that I will undoubtedly  not rock as well as he did ... The tiny Boise State male model was back, so I guess he's a thing now ...