Interview with a Warrior: Five questions and a blog bet with Warriors Will Throw

Share All sharing options for: Interview with a Warrior: Five questions and a blog bet with Warriors Will Throw

The Hawaii Warriors are one of the best covered teams in the country with excellent print journalists, slick TV news coverage, and best of all an actual, real life WAC blogger. And a really good one at that.

Tombo Ahi of the Warriors Will Throw fan blog agreed to give us some insight into the UH team, like he does every year, and he agreed to a blog bet, like I force him to every year. Continue reading for Tombo's answers to some Hawaii questions and for details about the return of the blog bet. Pay attention, other WAC schools. This is how you obsessively cover a college football team.

Tombo Ahi outdoes himself at Warriors Will Throw with daily UH posts and all the Hawaii news you can handle. If it is happening in University of Hawaii athletics, it's being covered on Tombo's Hawaii fan blog.

1. Describe your team's season to date in 100 words or less. "Haters gonna hate" must be three of those words.

It's a night and day difference in confidence, consistency, and execution from last year to this year. A lot of it has to do with experience as well as the health and conditioning of the team. Last year's injury bug was just devastating. UH still has areas to improve on, but the good news is that the team has been getting better from week to week and appears to be peaking at the right time going into the Boise game.

Coach Chris Petersen singled out UH linebacker Corey Paredes as a type of player he wouldn't mind having on his team. Paredes has been a tackling machine this season with 107 tackles so far. He makes the playcalls and always seems to be around the ball.

One Boise State player UH would love to have on their team is Titus Young. He has what they call ludicrous speed.

3. Imagine for a moment that your team is ESPN’s college football coverage. What part is Ron Franklin and what part is Pam Ward?

UH strengths:  It all starts with the offensive line.  They're giving Moniz a lot of time in the pocket, and opening up holes for Alex Green in the run game.

UH weaknesses: The special teams has been inconsistent, but has been coming along.  They'll have to play a great game against Boise, especially since the close games between these two teams usually came down to special teams.

Boyz II Men.  This feels like the end of the road... for the Broncos!  It's gonna be so hard to say goodbye to yesterday... when they were undefeated!  And they gonna make Another Bad Creation in their BBDs.  That's all I got. 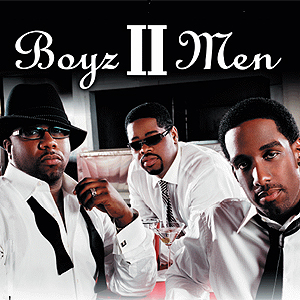 I can hardly remember the last time we had a blog bet this season. Was it Toledo? New Mexico State? We may be losing a desirable TV contract by leaving the WAC, but hopefully we'll gain more opponent blogs.

Tombo at Warriors Will Throw is a gentleman and a scholar and has agreed to take part in a blog bet with OBNUG this week. Hooray! The stakes: Winning team's blog gets a free post on losing team's blog.

Good luck to Tombo and the Warriors, and I do not mean that at all.