10 reasons (and more) to give thanks for Boise State football

Share All sharing options for: 10 reasons (and more) to give thanks for Boise State football 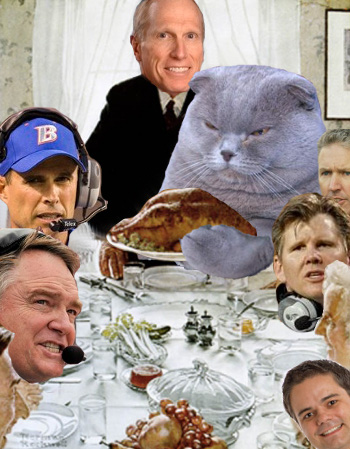 Bronco Nation has much to be thankful for this season with a Top Five football team, a Heisman candidate quarterback, and one of the best coaches in the country. Other teams would kill for this or, rather, pay thousands and millions of dollars for this (see Auburn and Oregon).

I could name a million reasons why I'm thankful for Boise State football. But I'll start with just ten. Read my list after the jump, and add your Bronco thanks in the comments.

Time to give thanks for some of my favorite parts about being a Bronco fan.

What are you thankful for? Take your turn in the comments and have a happy Thanksgiving.