Boise State may be one week away from climbing into a Rose Bowl berth or a national championship appearance, not that Coach Pete would ever want you or me thinking that. There is still football to be played. What is wrong with us.

Nevertheless, to get Bronco Nation prepared for bowl season, I list all the Bronco bowl possibilities after the jump, in order of likelihood - an order that is much more to my liking than last week's. Join me for a look at where the Broncos might end up and who they might play, and then share your thoughts in the comments about what games sound best to you.

Boise State seems destined to pass TCU in the BCS standings this Sunday. Boise State needs to beat Nevada. The computers need to get their stuff together. And voila, the Broncos should have enough momentum and quality wins to jump the Horned Frogs into No. 3.

With that, the Broncos would be guaranteed a Rose Bowl berth if Oregon winds up in the national championship game. Oregon's remaining schedule: Friday, vs. No. 21 Arizona; next Saturday, at Oregon State.

The Broncos would be matched up with the Big Ten champion in the Rose, and that champion is looking more and more like it will be Wisconsin. No team in the Big Ten's three-way tie at the top controls its own destiny, but the Badgers are the closest. Your scenarios (and your tiebreaker rules):

Here are your Rose Bowl pairings in order of likelihood:

If/when Boise State jumps TCU in the BCS rankings, they would theoretically only need a loss by either Oregon or Auburn to leap into the national title game.

I say "theoretically" because I am not completely sold on the idea that human voters and/or computer formulas would ever let that happen. Let's say that Auburn loses on Friday. Would voters really push the Broncos up to No. 2 fully aware of the implications of such a vote? Or would one-loss LSU get the call to fill Auburn's spot?

The idea of Boise State (or TCU for that matter) in the championship game seems easy enough on paper. The Broncos, at No. 3, would move to No. 2 should either team ahead of them lose. But I have been a college football fan long enough to know that these things have a way of not working out in a rational manner.

Still, here are the possibilities for Boise State in the national championship game, listed in order of likelihood. (The TCU possibility would mean that both Oregon and Auburn would lose and LSU would stay where it is.)

Everyone and their mother (literally, Brad Edwards's mother) is predicting the Broncos to jump the Horned Frogs in the BCS. That would guarantee BSU the Rose Bowl or NC game about 95 percent of the time. Then there's that 5 percent.

Boise State would go to another BCS bowl if a) two BCS-conference teams played in the NC game and a Pac-10 or Big Ten school wasn't one of them (Auburn-LSU, maybe?) or b) TCU stays ahead of the Broncos and makes the Rose Bowl or NC game.

The Fiesta Bowl will almost certainly pit the Big XII champion versus the Big East champion. That leaves the Orange and Sugar Bowls.

The Sugar Bowl gets the SEC champion and first choice of at-large teams. If its SEC champion is in the NC game, it basically gets to pick first twice. Chances are good that LSU ends up here, provided South Carolina doesn't pull the upset in the SEC championship. The second at-large figures to be a Big Ten school (like Ohio State), but who knows really.

Boise State vs. Ohio State (I guess this could happen, but someone let me know if it's against the rules)

The Orange Bowl gets the ACC champion and the second choice of at-large teams. Previously, I thought it would be impossible (or imprudent?) to see a Virginia Tech - Boise State rematch in this bowl, but an Orange Bowl rep was on the radio last week saying that he would be open to this matchup. Weirdo!

I don't pretend to know how BCS computers work, so I am still leaving open the possibility that Boise State does not jump TCU and possibly ends up shut out of the BCS bowls altogether. Also, every time I think I know what's going on with BCS rankings, I am swiftly and brutally reminded that I do not, sometimes by notarized letter from Bill Hancock, other times by figurative knee to the groin.

This possibility also comes into play if Boise State loses on Friday. Perish the thought.

The Kraft Fight Hunger Bowl gets its first choice of available WAC teams and the Pac-10's No. 6 team. At the most, the Pac-10 will have just barely six bowl-eligible teams, but even that would take a convoluted mess of dominos all falling the right way over the next two weeks. Not only that, but if Stanford and Oregon both make BCS bowls, you can forget about a Pac-10 going Krafting.

As such, replacements for the Pac-10's slot could be any number of bowl eligible teams from conferences who have exhausted their tie-ins. Or Notre Dame.

Again, in order of likelihood.

If Boise State does not make a BCS bowl, the Broncos will almost certainly be in the KFHB. The Human Bowl gets second choice of WAC teams and would need a miracle from heaven (or an ultimatum from Karl Benson) to land BSU.

If so, the Broncos would face the No. 3 team from the MAC. That team could be any of these (excluding Toledo who probably wouldn't want to see Boise State again anyway):

Weeping and gnashing of teeth, that's what. Also, TCU really wishes the season ended today because they are up a creek without a paddle to borrow the tamest analogy I could think of.

End of days scenario: Updated with less fear and loathing

Last week, I outlined the Broncos' End of Days scenario, which was an undefeated Bronco team with no BCS bowl (see Bowl Prediction IV, above).

Today, I am happy to report that the Kraft Fight Hunger Bowl is now a longshot. Justin Corr threat level lowered to affable. 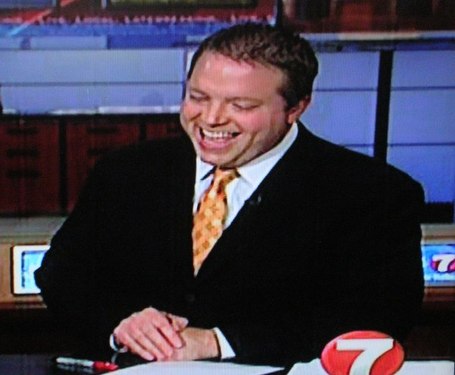 Sadly, this would just make too much sense and simply be too enjoyable. Still, here's what it would look like using my favorite NCAA football playoff proposal (16 teams, 11 conference champions, five at-larges, seeds from the AP):

Which bowl games would be the most fun for fans? How are you feeling about Boise State's BCS possibilities? Share your thoughts in the comments.