The Broncos and Bulldogs square off tonight (7:30, ESPN2), so you know what that means: I am getting nothing done at work today. Who's with me?

Use this post to share any last-minute hopes, fears, and thoughts on the BSU-FSU matchup. After the jump, I share what's on my mind, including the 2001 game, Pat Hill, orangeness, and reader comments. Join the conversation, and come back later this afternoon for the gamethread.

I guess the main difference is that 2001 Fresno was overrated and 2010 Boise State is not.

And for old times' sake, what say we watch the highlights from that 2001 game again.

What will Pat Hill get upset about this year?

It's time for one my favorite WAC memes: Pat Hill getting mad at things for no apparent reason.

It happens every year. Pat Hill will be yelling on the sidelines. No one will really know what. Hill might not even know what. He's just yelling because yelling is often mistaken for coaching and the more often that can happen for him the better off he is.

What nonsense will Hill be yelling about tonight? I have some ideas. 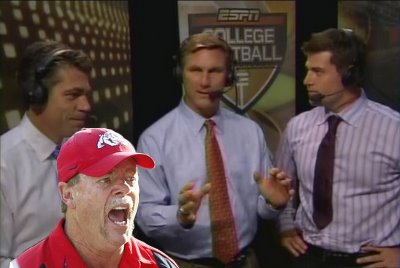 "Jesse Palmer, your tie is embarrassingly short and purple!" 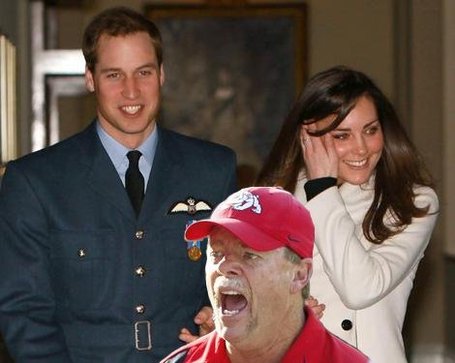 "Marrying a commoner? What do you think this is?! King Ralph?! 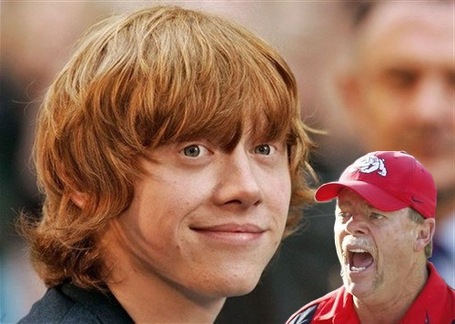 It's an orange out

Kind of like the Louisiana Tech game except hopefully with actual participation this time. 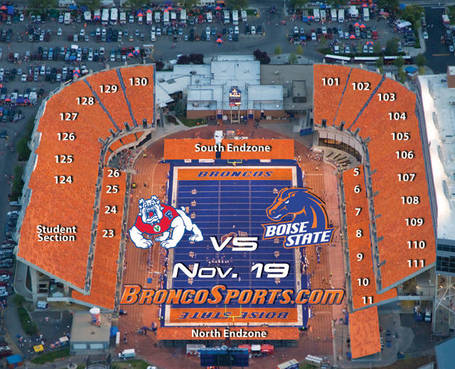 /throws up in mouth

Friday games: Take them or leave them?

I love Friday games … they make the work day go a little faster, and I’m not fretting what everyone else is doing all day Saturday. I know we’ve already taken care of business.

Can't argue with that. But I would definitely be willing to hear arguments for tradition, tailgating, or a strong distaste for Rod Gilmore.

Personally, I really like Boise State Friday night games so long as the Broncos win. If they lose, there goes my entire weekend (and most of the week after).

Fresno State will have to outscore us and no matter how good their running game is, they won’t be able to keep up. Our defense is not Nevada’s swiss cheese and poor tackling defense. They will make stops and hopefully we see another Venable-turned-rocket play.

I heard the same thing for the Hawaii game (minus the Venable part). No team has truly slowed down the Boise State offense yet this year, and there is no reason to think that Fresno will be the first.

For those of us fretting about the game, don't bother. From Mikrino, natch:

Boise State won’t allow the wide open plays like Nevada did. And if they thought Scampernick was tough to corral, wait until Doug Martin starts making linebackers explode upon impact. This should be over halfway through the second quarter.

We’ve only played one bad weather game this year and our tackling lacked big time.

Granted, the running game and weather could play a factor, considering what they did to us on the ground last year. This may say a lot about how much our run defense has improved since then

Not only that, but this game will give Bronco fans a good barometer for how well prepared the Boise State run defense is for Nevada the following week. Byron Hout is a big loss in that department, but I believe the Bronco defense has the depth to make up for it.

How are you feeling about tonight's game? Anything you need to vent? Excited about the all-orange uniforms? Curious to see what will set Pat Hill off? Share your thoughts in the comments.