For the first time in weeks, there is BCS hope in Bronco Nation. Boise State is closing on TCU, thanks to forces I don't completely understand. But as long as it makes the Kraft Fight Hunger Bowl less likely, I'm game.

After the jump, I run through pretty much every Boise State bowl possibility imaginable, including an update on the K-Bowl, Boise State's BCS chances, and what a playoff would look like this week. That's right, I said playoff. It's fun because it's never going to happen.

These would be your for-sure bowl pairings.

As established this offseason, the Rose Bowl is required to take the top non-BCS team should either the Big Ten or Pac-10 champion make it to the national title game. As of right now, Oregon is in the title game and TCU is the top-ranked non-BCS. At least until they play New Mexico, am I right?

Also, the Big Ten tiebreaker is crazy convoluted and looks like it will come down to Wisconsin, Michigan State, and Ohio State. I believe we need the BCS rankings to break the tie this week, although I can't help but notice that, of those three teams, Michigan State is the only one not to lose to either of the others. Nebraska cannot join this conference fast enough.

Last week, Nick was kind enough (or masochistic enough?) to outline the very real possibility that Boise State ends up playing in the Kraft Fight Hunger Bowl. To recap, here's how:

For instance, let's assume that the rankings stay the way they are. Oregon and Auburn are in the NC game. TCU is in the Rose against the Big Ten champion. The Fiesta Bowl chooses the Big XII champion and then gets stuck with the Big East champ since they get last pick. The Orange Bowl gets Virginia Tech and wisely chooses against a rematch game. The Sugar Bowl, Boise State's only hope, picks an at-large SEC school and, perhaps, an at-large Big XII (Oklahoma State), Big Ten (Ohio State), or Pac-10 (Stanford) because they are getting kind of tired of having non-BCS schools (Hawaii, Utah) play in their bowl.

Well, the Kraft Fight Hunger would be waiting with open arms. The jewel in the WAC's bowl crown (I guess) was supposed to pit a WAC team against the Pac-10's No. 6 team, but the Pac-10 getting six bowl eligible squads looks unlikely. If they do, we could be looking at one of these matchups:

And if the Pac-10 fails in its six-bowl bid, basically any school looking for a bowl could fall into this slot. Andrea Adelson predicted a Boston College vs. Nevada K-Bowl. Replace Nevada with BSU and it's Human Bowl revenge time.

I'm going to throw out Notre Dame's name because I'm a blogger and therefore not very responsible with my research.

One of the ways that the End of Days scenario does not come to fruition is if the Rose Bowl chooses Boise State of its own volition should TCU end up in the national championship game. According to Chadd Cripe, this makes sense because Boise State would be a Top Three team and if you're going to have to take a non-BCS school sooner or later, why not make it this year's Broncos and not next year's Central Michigan. Makes sense, I guess.

There's also this: Boise State is gaining ground on TCU in the rankings and could pass the Horned Frogs by season's end. That would be nice now, wouldn't it?

All things considered, this week's End of Days scenario likelihood rating is dubious. Brought to you by Justin Corr. 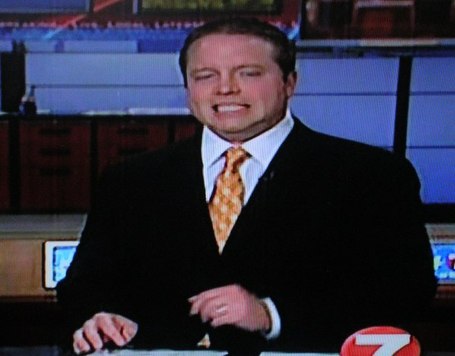 Possibilities for an undefeated Boise State

Boise State has three games remaining, two of which are against bowl teams one of which is ranked in the Top 25. TCU has one game left against New Mexico. If I know the BCS the way I think I know the BCS, there's a decent chance that the Broncos may jump ahead of the Horned Frogs by season's end. Or there's a chance LSU jumps them all and Lucky Peak Reservoir turns into a lake of fire.

Let's assume Boise State goes undefeated (the only way I know how to assume) and gets chosen for a BCS bowl. If they jump TCU at No. 3 and Oregon remains either No. 1 or No. 2, the Broncos will be in the Rose Bowl against one of these ...

Now let's say that Boise State does not jump TCU. The Broncos would fall into the at-large pool, and no BCS bowl would be required to take them. The selection order for the rest of the BCS bowls this season goes Sugar Bowl, Orange Bowl, Fiesta Bowl. The bowls that lose a team to the national title game get first dibs.

Sugar Bowl (with an SEC tie-in)

You have to figure that a No. 5 LSU will end up here if Auburn wins out and makes the NC game.

The ACC champion looks more and more like it will be Virginia Tech, but if there's one thing I've learned about the ACC over the years, it is that you should never think you know anything about the ACC. Maryland could be in the Orange Bowl for all I know.

If that's the case, then the Orange Bowl becomes a pretty real possibility for the Broncos. The following options take into account all the ACC conference champion possibilities except for Virginia Tech.

Orange Bowl (with an ACC tie-in)

The Fiesta Bowl is probably the longest shot of them all, since it is almost certainly going to be the Big XII champion (the Fiesta's first choice) versus the Big East champion (everyone's last choice). As such, I'm not even going to bother showing any potential matchups with Big XII schools, but we can still imagine how much fun it would be for a BSU-Nebraska showdown at some point, maybe, way in the future.

And of course, the Broncos still have a shot at getting into the national championship game. Should Oregon or Auburn (or both!) lose, here's what we could see ...

Possibilities for a one-loss Boise State

One-loss Boise State? No thanks! If it happens, the Broncos will most likely end up in one of the WAC's contracted bowl slots of which the Kraft Fight Huger gets first choice.

The above list used to also include the Poinsettia Bowl, but once Navy got bowl eligible, that possibility went away. Also, Hawaii has dibs on the Hawaii Bowl.

No doubt the Humanitarian Bowl would love to keep the Broncos at home this bowl season. No doubt the No. 3 MAC team would not like that very much at all. At present, the MAC has a logjam of zero-loss and one-loss teams at the top of the conference, so it's anyone's guess who will be coming to Boise for bowl season. Here are the likely teams that could match up with Boise State (Toledo excluded).

For Boise State's options in the Kraft Fight Hunger Bowl, see the "End of Days scenario" above.

The New Mexico Bowl takes the Mountain West's No. 4 or No. 5 team, which would actually be kind of fun this year. If I had to pick a bowl game that wasn't a BCS bowl, I would most definitely be open to bribes from the New Mexico Bowl. That said, the likelihood of this one panning out is slim.

And last but not least is the Who Knows Bowl, where Karl Benson works his magic to drop the Broncos into a bowl that no one sees coming. Kind of like that Poinsettia Bowl against TCU a couple years back. Anyone want to take any guesses?

Possibilities for a two-loss Boise State

Ha! Good one, Kevan. But seriously.

Hey, here's a crazy thought: deciding things on the field. To borrow my favorite NCAA football playoff proposal (16 teams, 11 conference champions, five at-larges, seeds from the AP), here's what that would look like this week.

Which bowl game would you most like to see the Broncos in? If Boise State doesn't get a BCS bowl, where would you like them to land? Is there any team out there you'd rather not see the Broncos play in a bowl game? Share your thoughts in the comments.