Share All sharing options for: Know your enemy: Toledo edition

Boise State will take on the Toledo Rockets this Saturday for Homecoming and hopes are high that the Broncos will emerge unscathed. Toledo is coming off a tough home loss to Wyoming and Boise State is coming off a laughably easy win over New Mexico State. Toledo is hungry for the upset over the 4th ranked Broncos, but have a tough task at hand this weekend. Most fans, myself included, know very little about the University of Toledo outside of it being a pitstop for Nick Saban and Oakland QB Bruce Gradkowski. So hey, here's an idea...let's learn about the university together through the magic of factoids and childish jokes. Come on everybody, let's get to know our enemy! Well, for this week, anyway.

10) The University of Toledo was founded in 1872 as a private arts and trades school that offered nothing more than painting and architectural subjects. Newspaper editor Jesup Wakeman Scott funded the school with its initial endowment of land and cash after publishing a pamphlet titled Toledo: Future Great City of the World where he posited that Toledo, Ohio would be the center of world commerce by 1900. The only rational explanation I can come up with for Scott's odd prediction is that he thought that Lake Erie was, in fact, the ocean...and therefore capable of bringing world trade and commerce to Toledo, Ohio.

9) Toledo's student newspaper, The Independent Collegian, was founded by noted feminist Gloria Steinem's father, Leo in 1918. When Leo Steinem started the paper, it was known as the Toledo Universi-Teaser but by 1922 had changed its name to The Campus Collegian, possibly because students didn't react well to being relentlessly teased by newsprint. 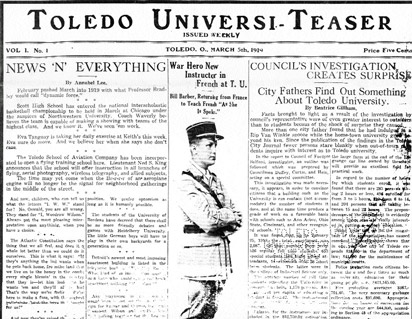 Nobody likes to be teased. Least of all Gloria Steinem.

8) Up until 1923, Toledo didn't have an official school mascot or nickname, but that all changed on September 29th of that year when Toledo was defeated by the Carnegie Institute of Technology 32-12. Apparently Carnegie Institute of Technology was quite the powerhouse back in the day, and the sheer fact that Toledo at least hung with the heavily-favored squad was enough to inspire a UT pharmacy student (and writer for the school newspaper) to liken the scrappy bunch to "Skyrockets". To date, this was the most glory to ever be squeezed out of a defeat until the University of Idaho held a parade in 2007 to commemorate only losing to USC by 28 points.

7) Toledo played their first ever football game on October 10th, 1917 against "Detroit". Coach John Brandeberry's squad lost that day 145-0, and failed to inspire any student journalists to give them any sort of nickname. But Brandeberry's team was tenacious...taking the field a mere ten days later against Ohio Northern and only losing 90-0. This was a team on the rise! By the time the final contest of their 3-game season had arrived, Brandeberry's squad had developed a killer instinct and only lost 27-0 to Findlay. Brandeberry's 1917 team was outscored 262-0 on the year (month) but that cloud had a silver lining because a) Brandeberry's name now appears twice in Webster's dictionary under the entries "futile" and "impotent" b) they got all those really embarrassing losses out of the way in one fell swoop, and c) absolutely no one was decapitated, eviscerated, or torn asunder during the season.

6) Toledo got to feel the warm end of the drubstick in 1951 when they defeated Davis & Elkins by a score of 88-0. The win becomes slightly less impressive, however, upon realizing that Davis was a local orthodontist and Elkins a hobo that was plied into participating with an offer of beef stew.

5) In 1968, Nicholson Concrete and Supply Co. donated an eight-ton rock to the University (hello tax write-off!). Not one to look a gift rock in the mouth, the University accepted the boulder and dubbed it The Spirit Rock. Initially the rock was positioned to stand on end, but the football team knocked the rock onto its side soon after—possibly comically crushing a wily coyote in the process. Today, the Spirit Rock resides by the pond on campus and is a site for pep rallies, victory celebrations, and pagan rituals to mark the Winter Solstice. 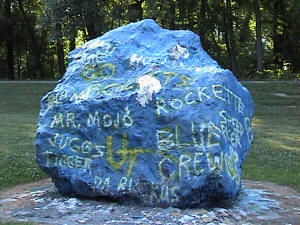 Are you feeling inspired yet?

4) Toledo's oldest and most bitter rivalry is with Bowling Green State University—their in-state neighbors. The UT-BGSU rivalry began in 1919 with a 6-0 victory by Toledo and the squads have mixed it up on 73 more occasions. The rivalry took a 12-year hiatus beginning after the 1935 contest when a 63-0 Toledo victory caused massive violence and riots between fans (nasty inebriated fans, no doubt). Once play between the schools resumed, a six-foot peace pipe was instated as a prize for the school that was victorious each year on the basketball court. The peace pipe tradition lasted until 1969 when the pipe was stolen from the offices of The Collegian and never recovered (who would have use for a pipe in 1969?). In 1980, a replica peace pipe was designed and placed atop a trophy to be awarded to the winner of the yearly UT-BGSU football game. BGSU has bogarted the peace pipe since its reinstatement.

3) In 1961, a genuine one-ton rocket was procured from the U.S. Army missile program and placed behind the crossbar of the north end goalposts at Toledo's football stadium, The Glass Bowl. During stadium renovation in 1989, the rocket was moved to the northeast corner of The Glass Bowl. The rocket's trajectory is pointed south towards Bowling Green State University and it's said that given the rocket's boost capabilities would land at the 50-yard line of BGSU's Doyt Perry football stadium if it was ever launched. "The button" that could ultimately launch the aerial assault on Bowling Green resides in a 12" x 12" briefcase that university president Lloyd Jacobs carries on his person at all times. 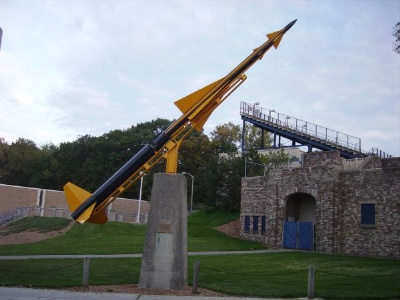 2) Actor Philip Baker Hall is a UT alum. Hall is best known (by me) for playing library investigator Mr. Bookman in the Seinfeld episode "The library". Hall began acting in 1971, which was a bad year for acting...and a bad year for America. 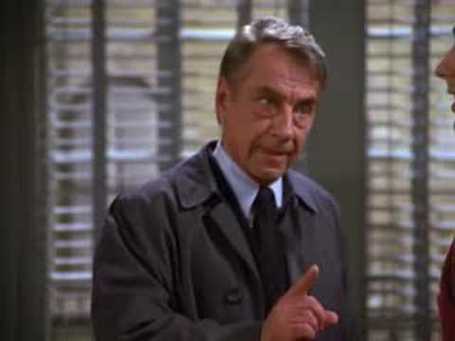 1) The colloquial phrase "Holy Toledo" is rumored to have been coined by bootleggers during the prohibition era in the U.S. Toledo's convenient location on the shores of Lake Erie and close to rum-runner havens in Chicago, Cleveland, and Detroit made it somewhat of a safe haven for mobsters after finishing successful (or unsuccessful) booze runs. Heck, you might even say it was a center for world commerce, right Jesup Wakeman Scott? Note: I would not say that. Furthermore, Vegas odds are currently even that The Idaho Statesman will use "Holy Toledo" as their Sunday morning headline regardless of the outcome of Saturday's game. 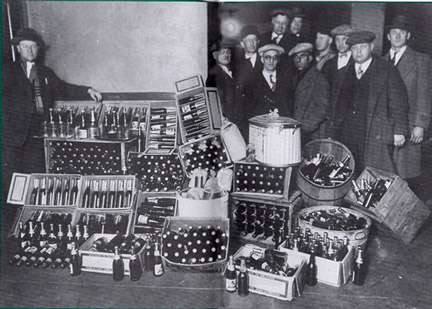