Share All sharing options for: Three stars and one goat from Boise State's win over New Mexico State

In the words of Ron Burgundy, "Boy, that escalated quickly...I mean, that really got out of hand fast." Saturday night's slaughter of the Aggies may not have been the most entertaining game this season, but it brought to attention the depth and discipline of the Broncos' undefeated squad. Join me now after the jump as I try to pick out the three stars and one goat of Boise State's win over New Mexico State.

Coach Pete never ceases to amaze me. In all truth and honesty, he is a man worth emulating. Of course his praises are often sung, being the only recipient ever of two Coach Bear Bryant awards, however it is his level of integrity and leadership that earns him Star No.3 after Saturday night's win. Coach Pete knows and understands that most of these players will not go on to play professional ball. Therefore, it is his obvious mission to teach them the values which will aid them to success in their future lives. Pete handled the Venable suspension like a champ, and went another entire week without throwing the BCS under the bus. The level of discipline with which he coaches and teaches the players was apparent with the significant decrease in penalties this week. Were there mistakes? Absolutely. But you can bet that Pete brought the hammer down in practice this week after the sloppy play vs Oregon State. I'd be willing to bet that Pettis never performs another somersault in his life, and Tyrone Crawford will never taunt another player again. With that in mind, Pete still realized and knows the importance of a convincing win. So even though he pulled the first string after the first half, he didn't call off the onslaught from the 2nd, 3rd, 4th, 5th (how deep did we actually go?) string lines in the second half. It is because of this leadership and integrity that you, Coach Pete, are Star No. 3 of Boise State's win over New Mexico State.

No, don't bother refreshing your browser. Though Coughlin's play was slightly limited last night, he was extremely effective and efficient every second he was on the field. Were there other players who had more yards, and possibly had a greater impact? Yep. But come on, Coughlin may never get this chance again. He put our first offensive points on the board very early in the first quarter on Saturday night. Lined up in the shotgun from about 15 yards out, Coughlin took the snap and ran it in for an easy score. He was also 100 percent on pass completions! He only threw one pass, but it was right on target and picked up an easy first down. He gave our offense a dynamic that Kellen doesn't always provide: the dual threat. Kellen is more like Fred Flinstone bowling when he takes off on those twinkle toes, but Coughlin uses his large 6'5" frame and long legs to pick up easy yards when we need them. Sure, the muscle hamster and Kyle Efaw both had more yards and more points on the board but I was very happy to see the senior command the troops in the fourth quarter. Mike Coughlin, allow myself and Bronco Nation to congratulate you as being Star No.2 in Boise State's win over New Mexico State.

Anyone else getting sick of seeing Kellen absolutely dominate whatever opposition is put in front of him? Yeah, me neither. Kellen was 13/18 passing for 196 yards - in the first half. Had Kellen played in the second half, his stats may look a little something like this: 26/36 for 392 yards and 6 touchdowns. Thankfully for New Mexico State's pride, Pete pulled him after the first half and let Southwick and Coughlin go to work. Kellen had a passer rating of 218.69 during his first half domination of the Aggies. Isn't that some kind of a record or something? Better yet, his passer rating this year is 176.19. Just when I thought Kellen couldn't get better, he improves his accuracy. It truly wouldn't surprise me if he didn't throw another pick this year. Kellen's mentoring was evident as Southwick took the field and threw a strike over the middle, right on a dime to Chris Potter for a 78 yard TD. Needless to say, Bronco Nation is in good hands for years to come. Let us all raise our glasses (mine is coincidentally filled with Sierra Mist) to the shaggy haired captain of the Boise State offense as Star No.1 of Boise State's win over New Mexico State. 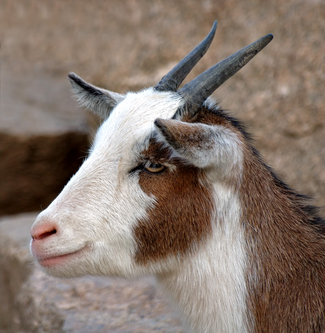 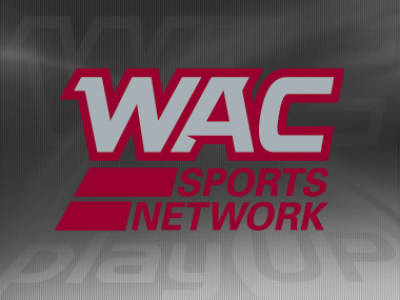 Please don't tell me I was the only one outraged at the WSN on Saturday night. Okay, outraged may be a bit much, but I was definitely embarrassed. The telecast on Saturday night almost seemed like a Dane Cook improv performance, only not funny. It was like they all got together and decided to record the game and add their own useless insight as the game progressed. The WSN made KTVB and Mark Johnson look like ESPN and Kirk Herbstreit.

The most notable moment of failure was when the announcer praised "Jaime Avery" for a spectacular touchdown run. Jaime? Really? That's not even close to Jeremy. At least when Mark Johnson made up Doug Harper he was dreaming in a football fantasy land where two phenomenal football players were mashed together like I do with red and pink Starbursts when I'm feeling frisky. But Jaime? I guess if you were to say Jaime and Jeremy really quick they sound somewhat similar, but that was just ridiculous.

Not to mention the sideline reporter had absolutely no idea what she was talking about. Most of her analysis was filled with lots of "umm, yeah, you know" and other I-don't-know-what-I'm-talking-about kind of words. I was hesitant to list the entire New Mexico State team as the goat for obvious reasons (they don't need any more of a beating than what they've already taken), however the poor performance of the WSN may have been worse than the lack of effort by the entire Aggie squad. WSN, a.k.a. trying to be the MTN, is kind of like school lunch; it seems like a good idea on paper, but you immediately regret the decision as soon as you see it. Therefore, it is you, WSN, that earns the honor of being the Goat of Boise State's win over New Mexico State.

Sound off in the comments and let us know who were your stars, and who was your goat of Saturday night's victory. Was it the lack of an actual crowd at Aggie Memorial Stadium? Or perhaps the man dressed like a pizza in the stands (please tell me someone else saw that)? Or simply let us know what you're hoping for and expecting for next week's home game vs Toledo.