Boise State returns to the scene(s) of the crimes this weekend to take on San José State (political correctness dictates that I must put that little swash above the 'e') at Spartan Stadium. The Broncos are coming off a dominant home victory over Toledo and the Spartans are coming off a could-been-worse 35-13 loss to Nevada. Most fans, like me, know little about San José State outside of Jeff "Ginger" Garcia and Dick "Cryptkeeper" Tomey. Needless to say, there is a lot to be learned about this week's foe...so let's explore through the magic of factoids and childish jokes. It's time to get to know your enemy, Bronco Nation...San José style!

10) San José, California was founded in 1777...just 2 years after U.S. independence. The city was originally founded by the Spanish as part of their Nueva California (later Alta California) colony. The city was originally known as El Pueblo de San José de Guadalupe, which I believe translates to "Land of Yuppies, Wine-snobs, and Computer Geeks". San José served as California's first capital after statehood was extended in 1850 and during that time, no juiced-up Austrian action star ever resided in the governor's mansion. Then for a long time, nothing happened until the song Do You Know the Way to San José earned Dionne Warwick a Grammy award and was a top 10 hit in 1968. The follow-up single, Do You Know the Way to Rancho Cucamonga was less well received.

San José State University was established in 1857 as Minn's Evening Normal School, and is the oldest public university in the state of California and the founding campus of the California State University system. Turns out, 1857 was a big year elsewhere in the world as well as James Buchanan was elected president, Britain and France declared war on China, and former Spartan head coach Dick Tomey was born.

9) Krazy George Henderson is a San José State alum and resident cheerleader. He is credited with inventing the audience wave. For his efforts, Krazy George was recently inducted in my Guys who invented annoying things Hall of Fame, where he will be enshrined next to the inventors of the Macarena, the pan flute, and Bump-its. Furthermore, I think it's worth making the distinction, that while George Henderson is, in fact, Krazy...he is not Kriminally Insane. 8) in 1943, International Business Machines established their western headquarters in San José. The company is now known as IBM as is a leading computer, technology, and IT consulting company, but when they first moved to the Silicon Valley they were mainly producing tabulating equipment, punch card systems, and time recording devices. During World War II, IBM shifted their focus toward building bombsights, M1 Carbines, and engine parts for the U.S. war effort, but some say that IBM's foregin subsidiaries and consulting might have helped the Nazi regime begin their reign of terror in the first place. Today, IBM's official position is to not do business with Nazis.

7) Actor Kurtwood Smith is a San José State alum. Smith is probably best known for his role as Red Forman on the TV sitcom That 70s Show...but he'll always be Clarence J. Boddicker from RoboCop to me.

6) San José State's one undefeated season in football came in 1939 under coach Dudley "Dud" DeGroot. They went 13-0 and recorded 8 shutouts. DeGroot was apparently quite a guy, he is the winningest coach in the history of the Washington Redskins franchise, won a Rugby gold medal in the 1924 Olympics, was Stanford's first All-American, held a doctorate, and was once one of the foremost ornithologists (he studied birds) and oologists (and their eggs) in the world. Though not documented, I think he also possessed heat vision and the ability to regenerate lost limbs. 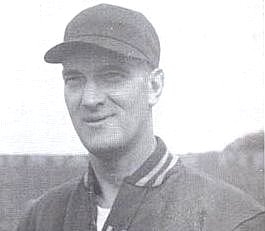 "Anything you can do, I can do better—and probably already did"

5) Since 1982, San José State's English Department has sponsored the Bulwer-Lytton Fiction Contest which rewards participants for penning the worst opening sentence to a fictional novel. The contest is named after Edward George Bulwer-Lytton, an English novelist who penned the famous intro "It was a dark and stormy night..." Rewarding intentional mediocrity...hmmm...sounds like an idea the University of Idaho could really get behind. Last year's grand-prize winner, Molly Ringle, penned the following intoxicating intro:

For the first month of Ricardo and Felicity's affair, they greeted one another at every stolen rendezvous with a kiss--a lengthy, ravenous kiss, Ricardo lapping and sucking at Felicity's mouth as if she were a giant cage-mounted water bottle and he were the world's thirstiest gerbil.

4) San José State football has an all-time winning percentage of around 50%. They have won 16 conference championships since 1932, but have not won a title since 1991. The San José State Judo team, on the other hand, has won 43 of 47 national championships in the sport. The Judo team was established in 1937 as part of the "Police Studies" program (other courses of study: Donuts, Mustache Grooming) and their current head coach Yosh Uchida came aboard in just three years later, in 1940.

3) In December of 1941, the San José State football team was on the Hawaiian island of O'ahu to play two  post-season exhibition games against the University of Hawaii and Willamette University. The team arrived hours before the Japanese attack on Pearl Harbor and the football team was left stranded on the island for several weeks. Following the attack, the San José squad was employed to help enforce blackouts, guard water supplies and stand sentry against amphibious Japanese assaults. Good grief...this must've been like Red Dawn for real for those kids...but with less Charlie Sheen. Great job, Wolverines...I mean, Spartans!

2) Former Spartan football player Neil Parry suffered a compound fracture in a 2000 game against UTEP and had to have his right leg amputated below the knee after infection set in. 3 years later, he returned to the field as a special teams player against Nevada. It is safe to say, no matter who you are or where you are: Neil Parry is tougher than you. Parry is currently working as a color analyst for San José State football radio broadcasts but is still tougher than you (and me). 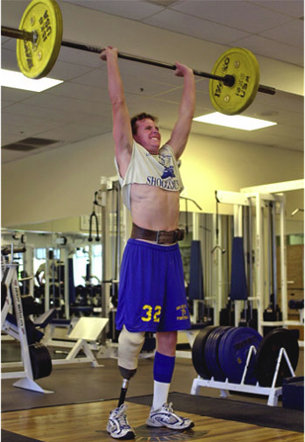 Admit it. You can't do this with 2 legs.

1) Prior to 1925, San José State's athletic teams competed under the nicknames the Daniels, the Teachers, the Pedagogues, the Normals, and the Normalites. After 1925, the teams were known simply as "the Golds" until the student government adopted "the Spartans" in 1942. Denzel Washington has been cast as head coach David Wooster in an upcoming film about the inspiring 1-5 1921 football season—the film is tentatively titled Remember the Pedagogues. 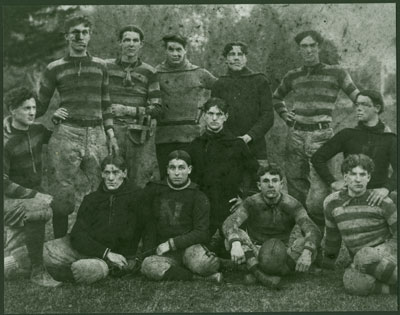 The Normals, featuring one abnormal (you know which one I'm talkin' about)