Share All sharing options for: Was Coach Pete's 2009 a better coaching performance than 2006?

Boise State head coach Chris Petersen became the first two-time winner of the Bear Bryant coaching award last night, which got me thinking: Which Bear Bryant season was better? Did Coach Pete do a better job in the 2006 season or the 2009 season?

After the jump, take a look at the comparison between the two years, and share your thoughts on which season required the most out of Coach Pete.

Reason #1: Coach Pete's first ever season as a head coach

To go 13-0, win the Fiesta Bowl, and be ranked No. 5 in the country in your first shot at coaching is an amazing feat. Kind of like how I got a hole-in-one playing Tiger Woods on the Wii my first time.

The Broncos played a decent non-conference schedule with the only true pushover being a season opener against Sacramento State. Beating a BCS team was huge, and dominating Utah on the road may have been one of the season's biggest turning points.

Reason #3: Do you remember the final game of the Dan Hawkins' era? 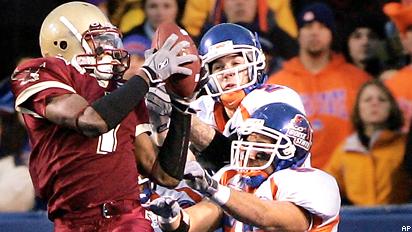 I would give Coach Pete a coaching award, too, for following up that disaster.

Zabransky was great his sophomore year then laid a giant egg his junior year, culminating with a benching against Idaho. Petersen managed to fix Zabransky in time for a memorable run in 2006.

It was one of the greatest college football games ever, and it was extremely well-coached by the Broncos from beginning to end.

Reasons against 2006: Boise State had one of its most talented teams in school history; the Broncos nearly lost to Wyoming and San Jose State; Ian Johnson was good.

Reason #1: Boise State had the youngest team in college football

When all is said and done, the Broncos will only graduate two main contributors from their team, and only Kyle Wilson will be missing from the Fiesta Bowl roster. Young teams come with a lot of challenges, not the least of which are experience, toughness, and maturity. There is a reason why young teams do not typically succeed.

Boise State's starting lineup resembled a MASH unit by the end of the season. And it's not just that the Broncos lost a lot of players, they lost a lot of players in very key areas like running back, wide receiver, and both lines. Injuries can doom good teams, which makes Coach Pete's coaching job that much tougher. Am I right, young Alan Alda? 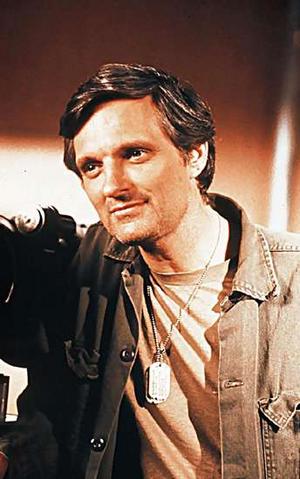 This game would make or break the Broncos' season, and Coach Pete had the Broncos more prepared and had a better gameplan than the Ducks.

The Broncos reached No. 4 during the regular season and wound up at No. 4 when all was said and done. How'd that work out for USC?

Conventional wisdom said that TCU would roll over the Broncos, but again Coach Pete and his staff outcoached the opponent.

Reasons against 2009: Justin Wilcox had a big role in wins over Oregon and TCU; the UC Davis game happened; no David Augusto to bug him.

The 2006 and 2009 seasons were great coaching jobs by Coach Pete, but what about 2008? Petersen was a finalist for the Bear Bryant that year, too. His 2008 was marked by the preseason choice of Kellen Moore for QB (a decision that was not at all cut-and-dry when he made it) and the school's first big road win over a BCS team (at Oregon). Though the season did not end with a BCS bowl or an undefeated record, would 2008 challenge either 2006 or 2009 as the best Coach Pete coaching job of his career?

What year do you think Coach Pete did a better coaching job? Did the 2006 team have too much going for it? Does 2009's youth and injuries put it over the top? Where would you put 2008? Share your thoughts in the comments.