Share All sharing options for: OBNUG-in-review: The year that was, the year that will be, and the many ways that you can be involved

Greetings, friends, lurkers, flamers, and angel fund blog investors. The past year has been very, very good to Bronco football fans, Bronco football blogs, and Mark Johnson's ego. After the jump, find out how the OBNUG community has grown over the past 365 days, learn the benefits of joining the site, and share your thoughts on what content you want to see throughout the offseason.

(Note: For previous OBNUG announcements, check out How-to-OBNUG and the Community Guidelines.)

Numbers never lie, especially when they tell me things I want to hear

The fine folks at SB Nation compiled blog statistics for each of the 223 team blogs on the network, and I am very proud to say that they did not forget about OBNUG. I consider it reparations for listing us as an "Independent" in the college blog index. Now where's my Mitch Burroughs Flash game?

The blog statistics tell a story - one that I like to picture as a children's pop-up book about a freckled six-year-old boy who befriends a farting elephant and the two discover the importance of proper sentence diagramming. And of course, the story has a happy ending. It ends with OBNUG being one of the fastest growing sites on the entire network. (I don't anticipate a book deal.)

Thank you to all the readers, commenters, and writers across the site for building the best Bronco community on the web. And thank you to the one Oregon fan we banned and who then created numerous false accounts to get back at us. We could not have had these numbers without you.

Only you can prevent lurking

Lurkers are some of my favorite people, provided they are lurking on OBNUG and not lurking in my backyard, keeping a journal of how many meals I eat in my breakfast nook. You see, some day lurkers will become members and members will become commenters and commenters will watch Vin Diesel movies with me when my wife will not. 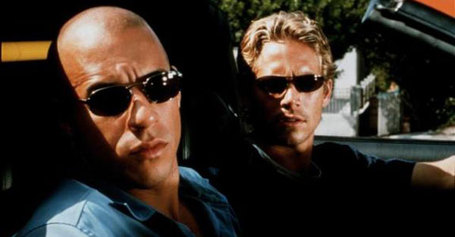 Will that some day be today? If you are a lurker, there is no time like the present to quit your lurking ways and join the site. The benefits of being a member of the OBNUG community are vast and include commenting, blogging, enjoying a personalized browsing experience, and customizing an SB Nation profile. If you've ever wanted a Brian Bosworth avatar, then this is the opportunity you've been waiting for.

Well, this has been fun. Time for a sabbatical.

Just kidding. I've got at least three more good months in me.

There are seven months to kill, and I can only fill four-and-a-half with Mr. Fiskers posts

The offseason is typically a time when most local Boise State blogs pack it in, post once a week, start covering the Statehouse beat, and generally drop the ball. Not OBNUG. Nick, Drew, and I recognize that Boise State football is a 365-days-a-year celebration and that there is a large number of fans who demand constant Bronco content.

So what kind of content do you want to see?

In the coming weeks, we will hand out the second annual NUGie awards, we will cover Signing Day from top to bottom, and we will name a brand new Public Enemy No. 1. In addition, you can expect a lot of talk about the coming season, previews of spring ball, roster breakdowns, open-ended questions, and jokes at the media's expense.

There will still be plenty of time for extra content. What are you guys interested in talking about? Do you prefer statistical breakdowns or player debates? Do you care about putting Boise State teams in historical context or would you rather look ahead to 2010 and beyond? Is college football in general something you care about or is it Bronco football and nothing else?

Share your thoughts in the comments, and I'll do my best to get it all covered between now and August.