Share All sharing options for: Boise State depth chart versus UC Davis: What? No Doug Harper?

When UC Davis rolls into Bronco Stadium on a wing and a prayer, they'll be facing a BSU team that is firing on all cylinders. Not that the Broncos will necessarily need all cylinders.

As such, the depth chart has few changes from the Bowling Green game, but still plenty of intrigue going into Saturday's homecoming matchup. How will the kicking game do? What are the updates on the injured Broncos? Find out what stood out to me with this week's depth chart, and leave your own reaction in the comments.

Disclaimer: Depth charts mean as much as you want them to mean. Keep in mind that things change over the course of a game week and that game situations, injuries, and performance will render some of this depth chart moot. Still, it's fun to speculate ... with hyperbole! The Darren Koontz Era is alive and well! 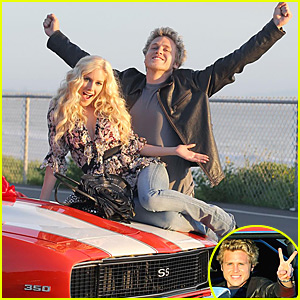 Atkinson was scheduled to only serve a three game suspension for his mid-town-Boise interpretation of Mr. Toad's Wild Ride To Hell. But thanks to pesky Mr. Ankle, the suspension was pushed off until Atkinson was healthy enough to serve it, meaning that the Baconator was not eligible until this week. His much-awaited debut might have to wait another week-and-a-half, though, since the ankle was tweaked in practice this week.

Does this bother anyone? Is Atkinson going to be the Lavar Arrington of the Boise State football team for the next four years - insanely talented yet always out with something?

My friends at Football Outsiders have a saying: Heath is a skill. Anyone here actually believe that?

Regardless of whether or not you believe Atkinson to be destined for a life spent in the training room, the most important part to consider about his return to the field and that of fellow injured DT Greg Grimes is the sentiment echoed here by FFBSU:

To paraphrase Allen Iverson: "We're talking about UC Davis." I'll wait to unleash my serious worries until the depth chart is released for Tulsa.

What has Chris Roberson done for us lately?

The long-snapping duties remain in the hands of Chris Roberson, despite his obvious troubles with long-snapping. Against Oregon, he had a wonky FG snap that led to Michael Choate's infamous intentional grounding penalty and a Choate demotion to HD2. Against Miami (OH), Roberson was iffy on an extra point snap, ending Kyle Brotzman's streak of consecutive PATs and Mark Johnson's streak of consecutive games reminding viewers that Brotzman had a consecutive streak. And then last week in Bowling Green, Roberson sent a rocket two feet over Austin Pettis' head that Pettis was fortunately able to grab but unfortunately unable to set down in time.

James Crawford has got to be beside himself at this point.

Roberson and Crawford were locked in a preseason battle for long-snapping duties, so you have to believe that the two players are pretty comparable. Roberson's long-snapping has been a weak link on multiple occasions for the Broncos. I'm at least curious if his leash is getting shorter.

What's eating Kyle Brotzman? Apparently, it is not the fear that he will lose his job anytime soon.

Brotzman's backup, Jimmy Pavel, doinked an extra point on Saturday, making Pavel's push to threaten Brotzman's kicking throne seem quite a ways off. Brotzman's job is safe, and Bronco Nation is behind him. But please, for the love of all that is good and holy, make a 40-plus yard field goal from the left hash soon.

Martin's name was removed from the defensive depth chart this week, signaling the premature end of the D-Mart Nickel Experience.

Of course, we could find ourselves right back here next season if D.J. Harper is healthy.

Boise State's O-line was stellar against Bowling Green, and as a reward, everyone got to keep their starting positions. What? No PS3s from boosters? Oh, right. That's illegal.

I probably don't say this enough, so good job Matt Slater, Kevin Sapien, Thomas Byrd, Will Lawrence, and Garrett Pendergast. In my heart of hearts, I believe that you are the glue that holds the offense together. But don't tell Kellen Moore I told you that.

Jamar Taylor will be back sometime, eventually, maybe, and that's as specific as anyone is willing to get

On the Gameday Eve of Boise State's battle with the high-flying passing attack of the Tulsa Golden Hurricane, Jamar Taylor is questionable. I think.

Here is all that the media is saying:

The Statesman didn't, which leaves Bronco fans in the lurch re: Taylor's health for the fourth week in a row. Will Taylor see the field on Saturday? I sure hope so. It will give him a chance to work off his rust and get back into game shape (the same reasons why I would prefer to see Atkinson and Grimes back this week, regardless of whether or not it's UCD we're playing).

In the meantime, here's your Matt Kaiserman update.

Good to know. I will now start Jarvis Hodge in my fantasy league.

Word out of Bronco camp this week was that ACL tears are the new WWJD bracelet. Everyone wants one!

The most surprising name on that list is Tamburo. Just over a month ago, he was duking it out with Joe Southwick for the No. 3 quarterback spot. Now, his Boise State career might be in jeopardy. ACL injuries are no walk in the park, especially for mobile quarterbacks like Tamburo. Best wishes on a speedy recovery. Same to you, Chuck Hayes.

Just so that we're all clear, if Joe Southwick plays on Saturday, he will burn his redshirt and lose a year of eligibility that should be spent as the starter once Kellen Moore is gone. No matter how lopsided things get and how much you'd rather see Southwick over Coughlin as the mop-up QB, resist the urge to stump for the true freshman. Think of the future, my friends.

Coach Pete gave a hearty atta-boy to all five offensive line backups, but it will take more than kind words to get the five big uglies off the pine. Well, at least until the second half on Saturday.