Opponent preview: What is the best case scenario for UC Davis against Boise State?

Share All sharing options for: Opponent preview: What is the best case scenario for UC Davis against Boise State?

No one expects the UC Davis Aggies to come into Bronco Stadium on Saturday and score any points win, except maybe AP voter Scott Wolf. So if the win is out of the question for the UCDers, then what are the Aggies playing for?

I've got some suggestions, as well as an overview of the Aggie roster. Join me after the jump for a lowered expectations preview, and share your thoughts on what UCD might be happy with come Saturday night.

What UC Davis has done this season

What UC Davis did last week

The Aggies got off the schnide with a big (?) win over the Western Oregon Wolves. Special teams was solid, defense was opportune, and the offense was at its game-managing best.

But let's give credit where credit's due: Great West Conference player of the week Kenneth Brown. To the fishwrap!

Perhaps the best single performance of the night, however, belonged to senior cornerback Kenneth Brown, who finished the game with an interception, a forced fumble, a blocked kick, two pass breakups and three tackles.

"I was just taking what they were giving me," Brown said.

The Aggies are not what you would call a running team just yet, unless you make it a habit of lying or are an elementary schooler who still celebrates opposite day. To wit, UC Davis' rushing numbers in its first three games: 43 yards vs. Fresno, 43 yards vs. Montana, 60 yards vs. Western Oregon.

When they're not running the ball in a one yard bubble around the line of scrimmage, Greg Denham is passing it, and he's doing so to the tune of over 700 yards and 57 percent completions. Expect him to be throwing a lot on Saturday.

Defense has been a bright spot for the Aggies in every game where they didn't face a WAC team. UCD shut out Montana for 30-plus minutes, and the D held Western Oregon to a meager 13 points last weekend. Speaking of Western Oregon, has anyone ever been to Monmouth? I drove through it once, and I most certainly did not remember a college being there. Those are the things you would expect to notice. I'm starting to believe that this game was a ruse, sort of like our moon landing.

Punter Colton Schmidt is capable of pinning opponents deep, which is bully for Doug Martin's rushing stats. On another note, will we need to resort to two-hand touch on Titus Young on kickoffs this Saturday? (And by "kickoffs," I mean "the one kickoff to start the game or to begin the second half.")

"[The Boise State athletic department] asked me, 'What do you think about playing Davis?' and I said, 'Sounds good,'" Boise State coach Chris Petersen said. "Next thing I know we're playing Davis."

Yeah, that sounds about right. [Source]

Stop me if you've heard this one before: Coach Pete played at UC Davis.

I know, right? It makes Saturday's game so much more interesting now. But get this: the man running the Aggies on Saturday is none other than Coach Pete's old offensive coordinator and recruiter. The student has become the teacher. "When you can balance a tack hammer on your head, you can head off your foes with a balanced attack." Hey-o! 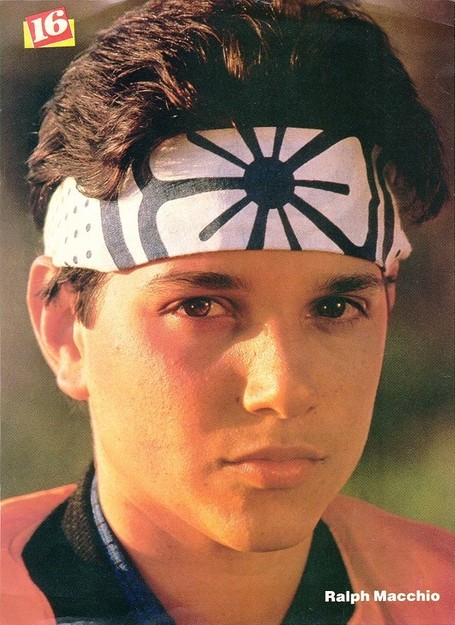 But not so fast. The legend of Bob Biggs runs deep and wide, not unlike the man's forehead. Biggs' coaching career at UCD is into its 17th season, and he is pushing UC Davis' career wins leader Jim Sochor for the top spot and a free dinner at Applebee's, most likely. Biggs is a three-time coach of the year winner, and his innovative pro-style offense churned out NFL journeyman J.T. O'Sullivan. Some might say that Biggs is Bill Walsh's Mini-Me, assuming that O'Sullivan is three-eighths the quarterback that Joe Montana was.

Biggs' coaching accolades are all well and good, but wait til you get a load of the man's playing career.

His legend was sealed in 1971 when he was the quarterback for the Aggies' "Miracle Win" over Cal State Hayward. In that game, he directed a comeback that featured 16 points in the final 20 seconds and resulted in a 30-29 victory.

But that's not all.

In his final game as a collegian, Biggs led UC Davis to Atlantic City, N.J., for the NCAA's Boardwalk Bowl and a clash with Massachusetts. Playing the entire game with a broken finger, he set two national records in the Aggies' 35-14 loss.

When he wasn't setting school record books ablaze with only nine working fingers, he also coached tennis for a spell, including a top three finish in the NCAA championships. As Jim McEnroe would say, "You have GOT to be kidding me!"

What UC Davis does well

Well, let me first start off by saying that a discussion of what UC Davis does well is relative. For instance, I do well at cleaning my plate at dinner, but my eating prowess would look weaksauce the moment I walk into a Chuck Wagon. Capiche?

The Aggies have had success this season on defense under the watchful eye of new D-coordinator Mark Johnson and his zone blitz scheme. Take away the blowout loss to Fresno State, and UCD's D doesn't look all that bad. Against Montana, the Aggies held the Grizzlies to only 86 yards rushing and helped create a 15-minute advantage in time of possession. Against Western Oregon, turnovers from the UCD defense helped set up the Aggies with a short field for some big scores.

On offense, the passing of Greg Dunham is what keeps the Aggies in ballgames - not necessarily ballgames against WAC teams, but other, less difficult ballgames, for sure. Dunham threw for 300 yards against Montana and had 225 against the WOU Wolves. 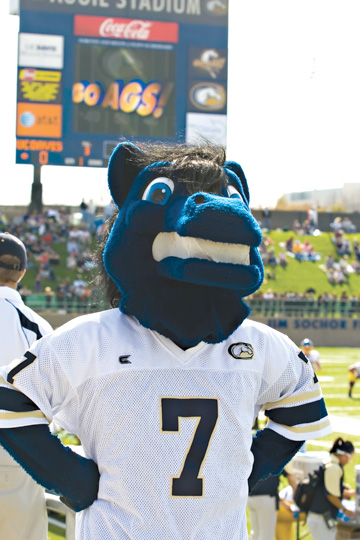 The Aggies are one of the Western FCS' better teams this season, and they were picked by many to finish at or near the top of their conference. Phil Steele had the most good things to say about them, including a mention on his "Most Improved" FCS team list.

At the start of the season, the UCD was even getting a little bit of love in the polls. I stress "little bit." They were No. 42 in the preseason FCS poll and then promptly fell out following a shutout in Fresno. Those FCS pollsters are harsh, unfeeling people. The Western Oregon win has them back "also receiving votes" in some polls.

On a personal note (personal to Tommy Hernandez, not personal to me), C Tommy  Hernandez might just be the Aggies' best player, as he was named a second-team All-American.

Alright, now to the meat of the discussion. It is clear that the Aggies stand little chance of winning on Saturday. The Bronco defense will shut down the run, and the secondary will feast on Greg Denham passes. Kellen Moore can pick apart the UCD defense if given time, but he may not need to if Jeremy Avery and Doug Martin get on track.

If the Fresno result is any indication, Saturday's game could get ugly. But at least there's that super cool Boise State color scheme to look at. Wait. WHAT?!?!

As part of Homecoming and the honoring of the 1999 Big West Conference and Humanitarian Bowl Championship team, which kicked off the Decade of Dominance from 1999-2008, Boise State is asking fans to wear their favorite championship t-shirt, hat or sweatshirt from the past 10 years. Decade of Dominance themed shirts will also be available for the game.

Seriously, though, there are aspects of this game that could turn out to be very interesting, especially for those of us who are easily entertained. If a win is out of the question, then what moral victories can UCD take from this game? What can the Aggies do that might be unexpected? What would the Broncos do that would disappoint the fans or pollsters?

Please feel free to share your thoughts in the comments. I'm all ears. Here are a few that I came up with.

Boise State is saying all the right things about their FCS opponent this week. This game really will be an opportunity to get better, compete, and take care of business. Next week is a bye for the Broncos, so there is no reason to look ahead. Besides, BSU has yet to put together a complete, perfect game yet, so there is always something to work on.

For that reason, I see UC Davis being able to accomplish at least one or two of the above "moral victories" (before garbage time, obviously, because once Mike Coughlin is on the field, all bets are off). I think they might get a three-and-out, even if through no effort of their own, with great help from Bronco mistakes. I think they might break a couple big plays, if only because the Bronco defense is playing overly aggressive, looking for the big defensive turnover or hit.

What do you think UC Davis will do on Saturday? How many of the above "moral victories" will they take? What are some others that you think we all should consider? Let's talk about it in the comments.