Share All sharing options for: OBNUG to the rescue!

As you may or may not know, the Boise State athletic department has formed a great partnership with the Make-a-Wish Foundation, and each year participates in an auction to raise money for the charity. This year, several teams from different collegiate sports have adopted a Make-a-Wish child and are soliciting pledges to raise the necessary funds to make these sick kids' wishes come true. As you can imagine, raising money can be difficult when you are a full-time student and athlete—so OBNUG has decided to help give back.

This is where you come in, Bronco Nation...

With help from BroncoCountry.com, the team of Gabe Linehan, Richie Brockel, Faraji Wright, and Matt Slater is well on their way to their goal of raising $5,000—but there are other teams that are have yet to receive any pledges whatsoever. It is because of this, that OBNUG has decided to "adopt" their own Boise State team, and lend them a hand. Derrell Acrey, Kirby Moore, Doug Martin, and JC Percy formed a team with the stated goal of raising $5,000 to help send a sick little girl on a cruise. To date, they've only raised $5. OBNUG thought this was sad, so we put together some t-shirts and will be selling them HERE—100% of the profits from the sales will go to the Make-a-Wish Foundation, specifically team "All that and a Bag of Chips". To keep things simple, there are two designs to choose from and they'll be available in sizes S through XXL. Hey, isn't Christmas a mere 3 months away? 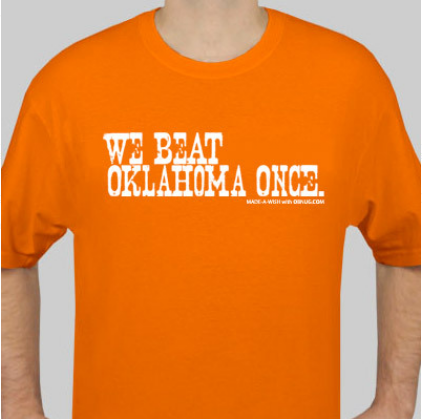 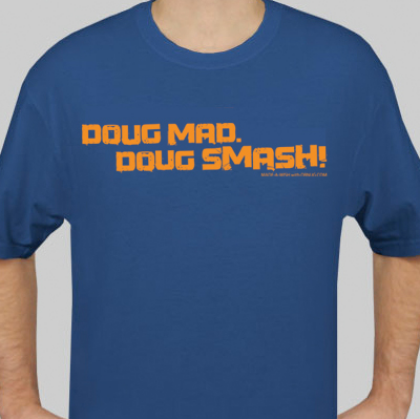 Tell the world "Look at me!" without saying a word.

We'll be selling the shirts only for a couple weeks, so get your orders in and tell your friends for goodness sake! This is your chance to show that you have a heart, unlike the gaping voids that sit within the chests of BCS committee members.