Tune in tonight at 7:00pm MT (ESPN) for the Broncos and Bulldogs. Check for the gameday thread that goes live here at 4:00pm. Share your opinion on the game in the comments. And after the jump, find out how the Fresno Bee thinks the Bulldogs should gameplan, and see why they're a little off.

Ah, the great equalizer ... except in the Oregon game.

When Coach Pete listed tackling as a key to the Oregon game, I think the concern was slowing down the Ducks' running game, so the onus was placed on the front four and the linebackers. Against Fresno, I believe that the emphasis will be more on limiting yards after the catch from Fresno's dangerous receiving corps, so the tackling pressure will be on the secondary.

That means you, Kyle Brotzman. 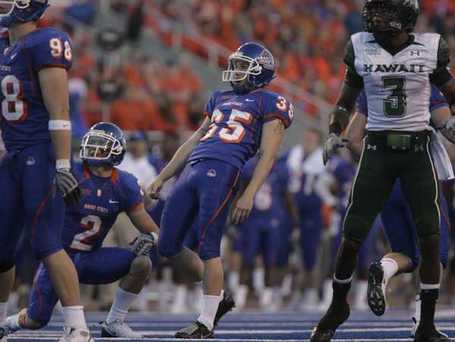 Who died and made the Fresno Bee Ron Jaworski? A Bee columnist weighed in with his keys to victory for the Bulldogs against the Broncos, and his story was described by Brian Murphy as having "some interesting points in the article."

Well, I can't pass up a glowing review like that. Let me break down what the Bee thinks is important tonight.

In Fresno State's three games against Boise State since coach Chris Petersen took over, the Bulldogs have rushed for an average of 91.3 yards. Boise State has averaged 276 rushing yards.

When TCU beat Boise State 17-16 in the Poinsettia Bowl last year, the Horned Frogs ran for 275 yards and held the Broncos to 28.

Fresno State doesn't have the player personnel that TCU had. But the Bulldogs showed they are a better defense than they were a year ago in limiting run-oriented Wisconsin to 188 rushing yards last week.

Boise State's run game, meanwhile, has yet to take off this year, averaging 145.5 yards per game and 3.3 per carry with running back Ian Johnson gone.

"People might not want to hear it," Hill said, "but the team that is able to run the football in this game will have a great advantage."

There's a common factor why Boise State has lost four of its past five bowl games: Teams have more time to prepare for the Broncos' unique offense that is filled with a variety of pre-snap movement.

Hill said the Bulldogs have prepped occasionally for the Broncos since the spring.

So Gary Patterson claims that in order to beat Boise State you have to work on them during two-a-days and in the spring and basically every time you have a waking moment during the offseason.

And Pat Hill preps "occasionally" for them?

Not exactly the vote of confidence Fresno fans wanted to hear. 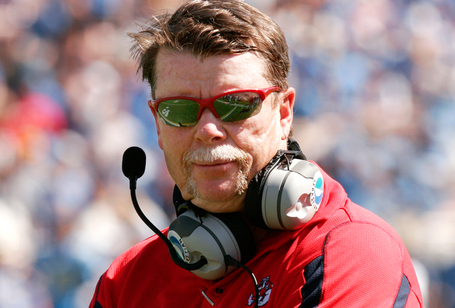 In three of four Boise State losses with Petersen at the helm, the opposing team had a mobile quarterback capable of breaking a long run.

Fresno State might be wise to turn a bit more to Ebahn Feathers in place of starting quarterback Ryan Colburn. Feathers is said to hold Fresno State's fastest career mark by a quarterback in a 40-yard dash.

Part of this philosophical mistake by the Bee is failing to understand that Boise State's defense of last year is not the same defense as the one that the Broncos put on the field in 2007. Yes, a running quarterback would have posed problems for the Broncos in 2007 because the defense was relatively mediocre. But not last year, and not this year.

The Bee lists TCU's Andy Dalton, Washington's Jake Locker, and East Carolina's Patrick Pinkney as the three running quarterbacks who posed problems for Boise State in the past. Well, Locker and Pinkney happened in 2007, so we can throw them out. Dalton posed problems for the Broncos not because he was an outstanding running quarterback but because the TCU offensive line owned the line of scrimmage.

So there's your key, Fresno Bee. Running quarterbacks are not an issue for this defense; physical, bruising, strong offensive lines are. And actually, we don't even know that for a fact because this year's Boise State D has yet to see one of those offensive lines. Does Fresno have one? Not last time I checked.

East Carolina won after marching 54 yards on a final drive that started with 1:25 to play and ended with a field goal as time expired.

TCU might have needed to make a final drive, too, had the Horned Frogs not made a game-clinching interception with 1:47 remaining.

(Note: A bigger drive for TCU was the TD right before halftime. Let's not forget that 2-minute offense.)

I think this key kind of misses the point. In order for the two-minute offense to matter, Fresno is going to have to keep the game close. The only reason why the Bee's three examples make sense is because all three teams managed to hang with the Broncos all game long.

I would argue that the two-minute offense prior to halftime is more important, especially since Boise State has not put together explosive first halves of football so far this year. If Fresno can score in the final two minutes of the first half, they will cut into the lead (provided there is a lead) and take momentum into the second half.

THIS IS WHY YOU DEFER TO THE SECOND HALF IF YOU WIN THE COIN TOSS, FRESNO. I'm just trying to help you out here. Don't let Boise State take the field to start the second half if you can avoid it. How about that for a key? 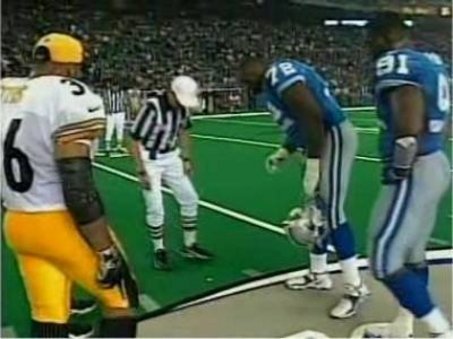 Fresno State could benefit by forcing the Broncos into tense kicking situations.

Let me rephrase this one: Stop the Broncos on third down.

Because, really, isn't that what "making them kick" really means? If Boise State is kicking, then they failed to get a first down or a touchdown, which is probably the bigger victory out of all this. It would benefit the Bulldogs for Brotzman to miss a try at three points, but it would be even more important for Fresno to keep Boise State out of the endzone for seven points.