The Week in Boise State football: Where will you be one week from today?

Share All sharing options for: The Week in Boise State football: Where will you be one week from today?

Where will you be one week from today?

In less than 168 hours, Bronco fans will either be waking up to their greatest Friday morning since the premiere of TGIF or not waking up at all because, really, what's the point? In a lot of ways, the Broncos' season hinges on Thursday night. Win and Bronco fans can continue living week-to-week freaked out of their minds about a perfect season. Lose and Boise State will make the Humanitarian Bowl very, very happy.

Thanks to reader MKingery, I was tipped onto the best Coach Pete quote I've heard in awhile.

That's part of what Petersen calls "the edge" his team played with last year. It's a killer instinct born of both preparation and what Petersen describes as "the paranoia associated with greatness."

"Paranoia associated with greatness" perfectly characterizes the Broncos' situation over the past several years and the feelings I have had as a die-hard fan of the team. It is also my new personal rallying cry for Windows 97 Minesweeper.

More so, it tells me that Boise State - its players, coaches, and staff - understands what is expected of them. They play with different expectations and are held to different standards than most every other non-BCS team in the country. The Broncos are favored to win over a Pac-10 team. That kind of respect does not come easily.

One thing I don't need to worry about is Boise State losing sight of the big picture. Win or lose on Thursday, there is still an entire season to play and a whole lot of greatness to live up to. After the Oregon game, there is a WAC championship to earn, a nonconference schedule to finish, a bowl losing streak to break.

Where will I be one week from today? Taking a personal day, waking up at noon, and looking forward to another highly successful Boise State football season - win or lose on Thursday. Where will you be?

Person of the week 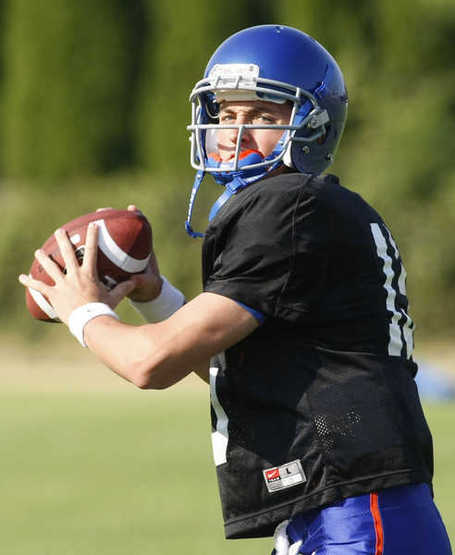 The true freshman QB solidified the No. 3 spot in fall camp, thanks to a stellar second scrimmage that had everyone talking. Tom Scott is a fan. OBNUG readers want him at No. 2. David Augusto is furiously working on a Southwick pendant heart necklace.

But for all his hard work, Southwick will still mostly likely retain his redshirt, considering that Kellen Moore is immutable and Mike Coughlin is the new Bush Hamdan. But in 2012? Watch out. Southwick will be ready, and so will I - in my flying car.

Joe Southwick, for tearing it up in fall ball, I give you two Paul J. Schneiders.

Meme of the week 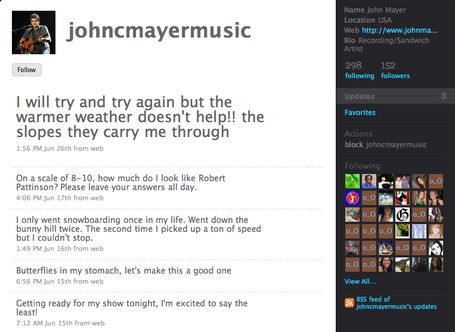 And now the fake Twitter meme has struck Boise State.

Coach Pete fell victim to an impostor this week who was Tweeting under the name CoachPeteBSU. When the real Coach Pete denied any connection to the account, thousands of computer savvy Bronco fans wept into their hashtags. It would have been fun to have Coach Pete on Twitter. I have always been curious what he may or may not be eating for lunch, what he's listening to at any given moment, and how he feels about getting up early every morning.

Oh well. I guess I can always hold out hope for a fake @KellenMoore.

With initial NFL roster cuts coming the next day (Sept. 1), Boise State rookies Ian Johnson and Vinny Perretta could help themselves out a lot with good performances on national TV. Plus, someone's bound to bring up the Fiesta Bowl again.

Strangely, this came from a Vandal fan named vandalkev.

"Call me silly, call me bias, you can call me whatever, but the Broncos are BCS bound this season. Boise State is deep enough at all positions to whether any storm."