BSU position preview: How do big plays from the passing game correlate to success?

Share All sharing options for: BSU position preview: How do big plays from the passing game correlate to success?

I have become so good at Madden 07 on my Gamecube that I can have a 70-yard TD pass to a streaking wide receiver virtually any time I want. So why can't the Boise State offense?

The question is obviously moot. I mean, who still owns a Gamecube? But I digress. The big-play potential of the Boise State passing game could be a rallying point for a successful season or it could be pointless since the Broncos play in the WAC. How much do big plays matter? Where will Boise State find theirs? How do the receivers play a role? Let's discuss.

(You've stumbled upon a series of Boise State position previews leading up to the Oregon game. Previously: The enigma of D.J. Harper. Next up: The value of size along the Boise State line.)

Boise State's wide receiver position remains an area of concern for everyone in the country who hasn't been to any Bronco scrimmages or practices over the last seven months. BSU doesn't rebuild. It reloads! (HT: Every coach ever.)

Pettis, Young, and Shoemaker are a better receiving trio than pretty much any other group in the WAC. I'm excited to see Pettis be the go-to guy on the team. I'm thrilled beyond all reason to have Titus Young running past Vandal defensive backs. I'm intrigued at Tyler Shoemaker's ceiling.

And there's plenty more to be excited about with the addition of five-foot-somethings Potter and Burroughs as well as a possible true freshman contribution. Plus, with the youth at the position and the stream of strong receivers through recruiting, wide receiver might be stacked at Boise State for infinity and beyond. (HT: Buzz Lightyear) 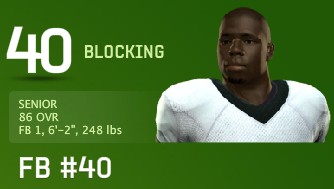 Brockel is listed as a TE on many depth charts, even though his role is so much more than that. He is an H-back and a fullback and probably third on the depth chart at left tackle. A typical singleback two-TE formation would see him and Efaw on either end. If Brockel is in the backfield, expect Gallarda to get snaps at TE.

No matter how you slice it, the Brockel-Efaw-Gallarda combination is a good one, provided Efaw spent his summer on blocking and Gallarda spent his summer on not dropping passes. After those three players, Sean King is an admirable backup, and the three freshies will be very good someday.

The importance of a big-play threat at receiver

Let's face facts: The Bronco running game might struggle this season. I have come to grips with this after more than a few nights of shaking my fist at the heavens and asking God, "Why us? Why again? I tithed, for goodness' sake!"

That said, the Bronco passing game will need to take some pressure off the ground game. And the best way to do that is with vertical passing that takes defenders out of the box.

Up until about midway through last season, the topic of big plays from receivers was kind of a quiet one around Boise State. We took big plays for granted, as if they happened as naturally as Jared Zabransky's facial hair goatee growth or Dan Hawkins' office feng shui. Did we undervalue the Boise State receivers of yore?

Below, you'll find tables for the 2006, 2007, and 2008 seasons, showing the Broncos' biggest passing play in each game. What conclusions, if any, can you draw from these?

It should be noted that the Broncos' lowest longest catch occurred in the team's closest game that wasn't decided by some sort of two-point conversion named after a national monument. Naanee's 18-yard showstopper against Wyoming was definitely an anomaly compared to every other game that season.

The year of the Tharp certainly had its highs and lows, and it marked the first in what may prove to be a growing trend among the Bronco passing game: The emergence of Titus Young and the inclusion of RBs as longest catchers. Again, the team's lowest longest catch came in one of its worst games - a loss at Hawaii. The loss to East Carolina also included a longest catch of less than 30 yards.

Perretta was a big part of the deep-play Bronco passing attack in 2008, although two-thirds of his long bombs ended up with him getting caught from behind short of a TD. Two more running backs make the list, and of all the names from 2008, only two return to the team this fall. And one now plays defense.

Next up, let's take a look at the receivers with the most bang for their buck over that same time span. The best way to measure big-play ability might be looking at average per catch.

Anyone notice any trends? Bronco receiving averages have slowly dipped over the last couple years. Did anyone expect the Jared Zabransky years to be fondly remembered as the halcyon era of the Bronco big play? I mean, anyone besides Jared Zabransky?

There are a couple different schools of thought you can take on this big-play debate.

And, of course, there is a third, slightly different way of looking at things: Big plays are up to the receivers. If that's true, then let's see what Boise State has at its disposal.

(Note: You'll notice there are no tight ends listed here because, well, they're tight ends.)

Pettis proposes an interesting tangent to the question of big plays: Just what qualifies as a big play?

Pettis going up and getting a third down lob that extends a drive would be considered by many people to be a big play. As such, Pettis is a big play receiver. Is this how you would quantify things? Generally big plays in the passing game are determined by yards gained and not on down and distance or value to a drive. Big plays are the long passes, great runs, and momentum changers that the passing game provides.

Averaging 11.5 yards per reception gets the job done, but it doesn't get the big plays done. 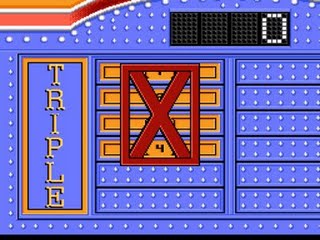 Surprisingly enough, Young's ypc average is not astronomically high. I would have pegged him to be somewhere closer to 20 yards per catch over his career since he is so often the target of deep passes and long routes. I guess those failed bubble screens eat up more stats than I thought.

Still, Young adds a dimension to the offense that was sorely missing from last season: the home run threat. His skills lend himself to the position perfectly. He has been a handful for Kyle Wilson in practice. His name appears on the longest catch list numerous times over the past couple seasons. 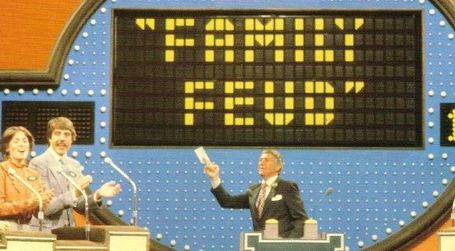 There is not a lot to go off of for Shoemaker. His biggest game was the Idaho State opener last season, which is hardly the measuring stick that people tend to use.

Still, he has shown glimpses of big-play ability in the Broncos' scrimmages and practices, leading the team in receiving in the spring game and turning heads in the first fall scrimmage. The potential is there for Shoemaker to be a big-play guy. 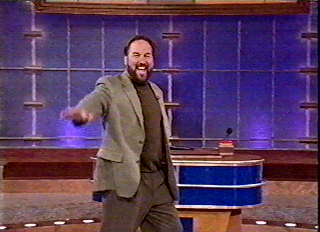 Where else do the Broncos get big plays?

Big plays are an important part to the Bronco offense, so when they don't come from the passing game, Boise State tends to manufacture them in other ways.

Special teams is the latest big play area that BSU has found. Last year, they removed a sure-handed Vinny Perretta from punt return duties in place of the dangerous Kyle Wilson. Good idea. In a number of different games, they went the trick play route, using unique formations and designs to take advantage of defenses being out of position. Good idea. The Bronco coaching staff toyed with a version of the Pistol. Eh.

Point is, there are options for the Broncos to find big plays. It would just be a lot easier if the passing game provided a lot of them.

Do big plays matter in the big picture?

Ah, the heart of the issue. So far, I've looked at whether or not the Broncos are capable of big plays this season. But there's no sense writing all those words only to find out that big plays don't matter.

For BSU, finding the importance of the big play is tough. The Broncos win all their games anyway, big play or not. They could probably go on two extended 20-minute drives, kick two 19-yard field goals, and win 6-0 against almost every team they face, rendering big plays completely moot.

That said, big plays do make a difference. They are the giant equalizer for less-talented teams, and they are the nail in the coffin for obvious favorites. The Broncos will find themselves in the latter role a lot of the time this season, and the difference between 17-10 wins over Wyoming and 52-0 wins over NMSU could come down to big plays in the passing game.

How much value do you place on the big play? Do you think the Broncos have what it takes to pull off their fair share in the passing game this season? Will Titus Young make a difference?