The Hawaii Warriors probably wish they could hop a time machine and go anywhere but here. The defense, I'm sure, would like to travel to a year ago, before nine starters graduated. Hawaii fans probably want to go back to 2007, where the Warriors will always be undefeated and Colt Brennan will always have a legitimate Heisman opportunity. Greg McMackin probably wants to go back to Wednesday.

But the present isn't all bad for the Warriors. Hawaii did finish second in the WAC last year. They have the luxury of not replacing a quarterback legend this offseason (except in the minds of Inoke Funaki's family). And their schedule features Central Arkansas.

Life in 2009 could be a lot worse for the Warriors. But going back a couple years would feel pretty good, too. 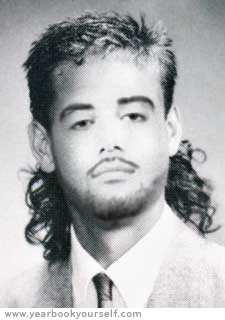 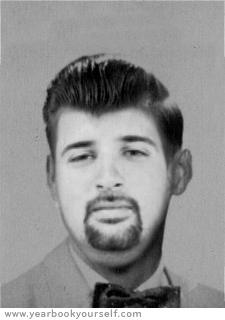 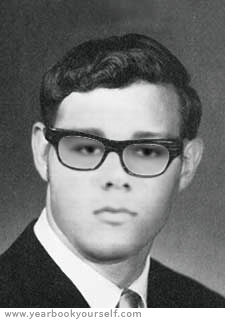 How will Mark Johnson keep all those Hawaii defensive players straight?

Well, at least he won't have to pronounce Elimimian any more. Both the reigning WAC co-DPOY and his LB mate Adam Leonard are gone, along with seven of their closest, starting friends. Things are bad for the Hawaii defense. You don't lose nine starters and pick up where you left off last year.

There are some workable talents among the new group, including LB Brashton Satele and DE John Fonoti, but it will take awhile before this group has a chance to get its legs underneath it. Sadly, it will probably take Mark Johnson awhile, too, before he's able to pronounce Satele.

Any chance Hawaii will go "undefeated" again this year?

Hawaii doesn't have a terribly difficult slate of opponents with the likes of Wazzu, UNLV, and Navy as part of its nonconference sched. The tough part will be the game locations. The Warriors have four out of their first six games on the road, including a stretch of three in a row that concludes with a visit to Louisiana. They get to close out with four out of five at home, but by that point, will it matter?

Who is the next Colt Brennan? Will he also be the next Inoke Funaki?

The best way to explain how the Inoke Funaki quarterback experiment went is to tell you that he has been moved to running back this offseason. Funaki was not the answer as Brennan's replacement. Maybe Greg Alexander will be. The senior JC transfer stepped in for Funaki last season and played well down the stretch. He'll be the go-to guy for the offense this year, and he has the best shot at making fans forget that Brennan guy. Might I suggest he dyes the Hawaiian islands into his hair?

I hear you picked C John Estes as your WAC preseason OPOY. Any rational candidates from Hawaii that you inanely overlooked?

Actually, there are several. The Hawaii WR corps will be rather good this season. Greg Salas, Kealoha Pilares, Malcolm Lane - those are just some of the players who could be in store for big years. RB Leon Wright-Jackson is coming into his senior season. The skill positions at Hawaii are set, and it will be up to the offensive line - one of the shakiest in all of college football last season - to give them time to shine.

What does Greg McMackin look like with one of those yearbook pics? 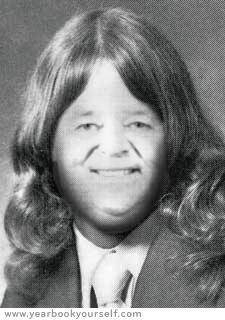 Times aren't as good for Hawaii as they were in 2007. The Warriors go into 2009 with little hype and with a seemingly consensus 50/50 shot at going bowling. But on the bright side? At least they're not the Vandals. 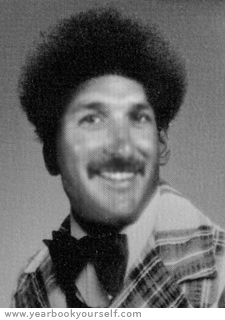 Hawaii will have growing pains on defense, but McMackin could have the unit looking okay by midseason. The offense will be solid if the O-line can figure out this blocking thing. The Warriors won't be dominating opponents like they did in their 2007 heyday, but with the right mix on both sides of the ball, Hawaii could have a very decent 2009.

And decent in the WAC isn't all that bad. Right, Karl Benson? 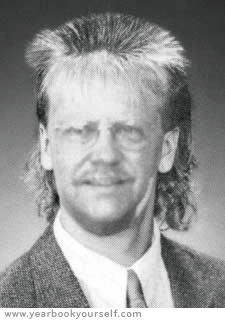 Perfect situation:
That time machine thing I was talking about

Reality:
Warriors start 2-1 in non-conference and feel good about themselves, lose four out of five pretty quickly in the WAC, make a late push for a bowl berth, come up just short