A lot of people in the know and one ESPN non-BCS blogger in particular very much not in the know all thought that the San Jose State Spartans' time had come last season. SJSU, behind a solid defense and yeoman offense, was on a three-game winning streak coming into the matchup with the Broncos. The Spartans were undefeated in conference, 5-2 overall on the season, and a virtual lock for a bowl berth.

Then the Boise State game happened.

San Jose State's offense was exposed as a sham. Its defense, while solid by all accounts, couldn't handle the pressure of doing it all. The Spartans finished the year on a 1-4 plunge and missed a bowl game. It was San Jose State at its most San Jose State-y, unable to take that next step when it mattered most.

And that's where the Spartans find themselves heading into 2009, standing at the base of that next step, wondering if it's worth the effort to lift that leg and move on up. Well, can you make up your mind already?! Dick Tomey isn't getting any younger! 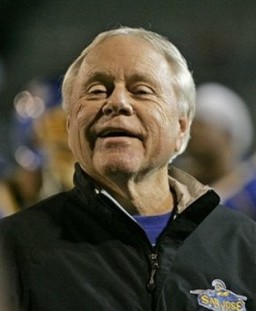 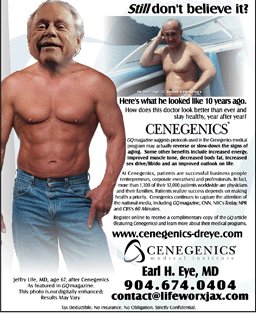 Some Spartan fans might think so. No matter how you measure it, blocking was awful at SJSU last season. I'll choose to measure it two ways: rushing yards per game was 86 and passing per game was 196. That will not win football games, unless they are football games against New Mexico State.

The Spartans certainly seem to have fully embraced the anyone, anywhere, any time attitude of past Fresno teams. Their nonconference opponents are USC and Utah to open the season followed by a date against Stanford. The only reprieve is UC Davis, which nearly beat the Spartans last season and ended up going to the 1-AA playoffs.

Thank goodness Jarron Gilbert is playing on Sundays now and not in Boise State's backfield.

The D-line should be fine. DE Carl Ihenacho anchors a decent bunch. Linebacker is in good hands, too, with Justin Cole and S/LB hybrid Duke Ihenacho. The biggest issue will be replacing pretty much the entire secondary, including two all-WAC performers.

I heard a rumor that San Jose State is decent at the offensive skill positions. That can't be true. Can it?

Believe it or not, the Spartans have good-to-great players at both running back and wide receiver. Let's start at running back, where the Spartan backfield was finally able to get rid of 32-year-old Yonus Davis. In his wake are quite a number of capable backs, and the one that Bronco fans might remember best is Brandon Rutley, who broke the 60-yard TD against BSU last fall. However, he's stuck as deep as third or fourth on certain versions of the depth chart. No. 1 is Lamon Muldrow, a JC transfer who had nearly 3000 rushing yards at Sierra JC. Patrick Perry returns from two years lost to injury to backup Muldrow, and Chris Reese is around just for kicks and giggles.

WR Kevin Jurovich returns to the team this fall after a  year off with mono. Yes, the mono. He was one of the WAC's best receivers before his "injury," so he will add a good dimension to the SJSU passing attack. He's joined by JC transfer WR Marquis Avery, and the two are expected to form one of the better receiving duos in the WAC.

What is San Jose State's greatest weakness? Besides sarcopenia?

Let's assume that they figure out how to the run the ball for positive yards. The only problem with that is QB Kyle Reed is still their QB. He had 1500 yards and nine TDs last season, which is about one-third of Kellen Moore's season. Granted, Reed had only eight starts to accumulate those numbers, but man he looked bad sometimes. Fifty yards versus NMSU. 79 versus LaTech. Those are not good. Reed could be better in 2009, or he could be usurped by junior Jordan La Secla, or Muldrow and Perry could just take direct snaps on every down.

And if the QB thing doesn't work out for Kyle Reed, at least he's got that singing thing to fall back on.

Tom Scott made the comment in a recent Scott Slant that San Jose State seems to be making moves to save their football program. Might I suggest one of them be not starting Kyle Reed?

SJSU has the potential to be a very good team this fall. Their killer nonconference schedule won't do them any favors, but by the time that conference play rolls around, SJSU could cause teams a lot of trouble. I stress the word "could" because San Jose State's offense is going to have to show something, anything, for the Spartans to have hope of making a bowl game.

(Note: San Jose State went out and hired themselves an Arena Football coach to coach the offense. Arena Football! You can't say they're not trying.)

Experts will point to the horrendous offensive line last season and the project of replacing two star cornerbacks as the biggest obstacles to a successful 2009. I will point to Kyle Reed. The onus will be on his shoulders this season to improve a disappointing passing game and keep defenses honest. I think Jordan La Secla might be the answer. But I'm not going to tell Dick Tomey what to do. He is literally one billion years older than I am.

In the end, there is enough talent in enough places for the Spartans to be a very dangerous opponent in 2009. Utah should look out. Fresno should be careful. Boise State should just go about business as usual.

I mean, the Spartans aren't going to be that good. That's a little too much to ask.

Perfect situation:
San Jose State wins one of its three killer D1-A nonconference games, the offense becomes one of the nation's most improved, SJSU challenges Boise State for the WAC title, Spartans go to a bowl that people recognize by name, Dick Tomey stays up until 9:30 to celebrate

Reality:
SJSU starts the season at 1-3, muddles its way to an above average WAC record, surprises a few people who had forgotten that the Spartans still had a team, benches Kyle Reed midseason, sneaks into the New Mexico Bowl mostly undetected