The atomic clock actually says that we have just 63 days until the Ducks hit the blue turf (hard).

So, today we'll continue our countdown by briefly highlighting the Bronco players whose jersey numbers correspond with the number of days remaining till the opener. I'm sneaking in two features today since yesterday was an official OBNUG holiday to celebrate the fact that none of us felt like working. Hopefully Brenel Myers and James Crawford understand.

Upon Myers' recruitment to Boise State, coaches raved over the 6'3", 260-pound lineman, saying that he had, and I quote, "much upside potential." This immediately sent NBA analyst Hubie Brown into fits of hysteria.

"Much upside potential" can be credited to the fact that Myers could very well be the next Ryan Clady ... or the next Cavender twin. He, along with fellow big uglies from the 2008 recruiting class Tom Swanson, Faraji Wright, and friends, will mark the future generation of Bronco blockers. And yay for that. Myers received strong reviews in spring practice, and he fits well into the Broncos' style of recruiting coachable players.

Myers was lightly recruited out of Westfield High School in Houston (but it's the thought that counts, right, UTEP?), one reason being that Westfield was not very good. Still, Myers found a way to have an impact, mostly by flattening people. Named to the all-district first team in his senior season, Myers was credited with 135 knockdown blocks in 13 games. Let me spell that out for you: one hundred thirty five knockdown blocks in thirteen games. That's like 10 pancakes per game! It's a Nathan Enderle breakfast!

In lieu of actual gametape of Myers on YouTube, here's the trailer for comedian Mike Myers' movie Love Guru, which I did not see and heard was terrible.

There's not a whole lot of information about James Crawford other than that he's a walk-on, he's a longsnapper, and he's going to be fun to watch at the annual Bronco softball game next Friday.

James Crawford "took, like, 15 swings and missed on every one."

Though he's anonymous to most, he'll be very important to the Broncos' special teams success this year as he presumably takes over long-snapping duties from Dallas Dobbs. A redshirt last season, Crawford is still listed as weighing 200 pounds, so hopefully someone can introduce him to the campus Carl's Jr. Also, there is a minor controversy over what his number actually is. He's been seen wearing #45 around BSU practices. Phil Steele lists him as #95. And I completely made up the fact that he might wear #63. Also, I use the term "minor controversy" loosely because this is the first anyone's ever said about it.

Due to said anonymity, I was unable to locate an exact photo of Crawford, so I took the two that came up on a Google Image search for his name. These may or may not be him. 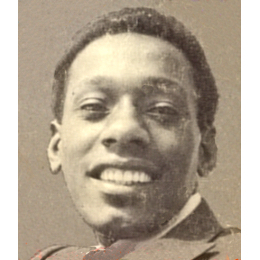