The atomic clock actually says that we have just 48 days (apologies to #49 Brad Elkin, we still like you) until the Ducks hit the blue turf (hard).

When I hear a name like "J.C. Percy", I automatically think of some captain of industry wearing a monocle and a top hat. Fortunately, our J.C. Percy is not a high-society archetype straight out of Atlas Shrugged...he's a scrappy walk-on from Blackfoot, Idaho with loads of upside at linebacker and on special teams. Percy drew some of the loudest praise from the coaching staff in Spring ball and looked good in the Spring scrimmages if I do say so myself. He should push for meaningful playing time this Fall and looks like he may be a special teams demon. Basically, J.C. Percy is the kind of kid that Bronco coaches love to have, and Bronco Nation loves to root for.

Percy comes to Boise State from the thriving metropolis of Blackfoot, Idaho, where he was named team football captain his junior and senior years. Percy was deemed good enough to have been named to the All-Conference and All-State teams all three years that he was a starter. An excellent running back as well as linebacker, Percy rushed for over 1900 yards during his somewhat injury shortened prep career and made over 170 tackles. On top of his considerable gridiron skills, Percy was a 3-time district wrestling champion (which can only improve our chances of seeing a belly-to-back suplex on a running back at some point during the season). Percy, at 6' and 210 lbs looks like he was built from the same mold as Hunter White and his speed will be valuable in blitz packages. If Boise State plays a 4-3 defense at any point during the season (not likely), Percy probably has a good shot of locking down a starting gig. As it stands, however, the 4-2-5 looks like it's the defense du jour...so expect to see J.C. rotate in on certain packages and make his mark on special teams. If he continues to improve like he did in the Spring, however, the sky is the limit. 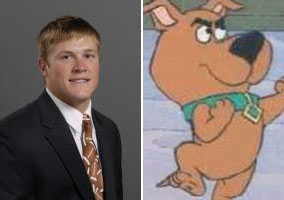