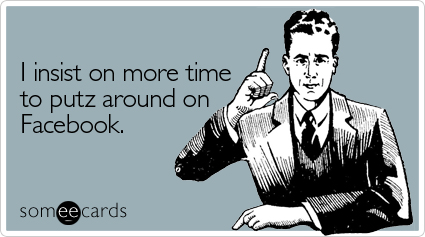 Over the weekend, the Idaho Statesman reported that Boise State insinuated that maybe, someday, possibly the Broncos will be delving into the world of social networking. Welcome to 2005, everyone.

On the one hand, the news is not altogether surprising, considering the way that many other colleges have fully embraced resources like Facebook, YouTube, and Twitter. On the other hand, good heavens, I had no idea that Boise State was aware of any media sources other than faxed press releases and the Idaho Statesman.

So is a transparent Boise State athletics office the future of Bronco communication? I wouldn't go so far as to say that. Admittedly, Coach Pete has never seen Facebook, and Kellen Moore doesn't know what Twitter is all about (it's a very elaborate Ponzi scheme, most likely).

But let's assume that this social networking thing catches on at Boise State. While we're assuming things, why not also assume that the Broncos are playing in the Mountain West with a new horseshoe stadium built on top of the US Bank tower. Will the future of Boise State football be a better place with social networking as the gatekeeper (rather than the usual gatekeeper of Spirit the horse driving a Dodge Ram and shouting things like "Whose house?")?

We'll have to wait and see. But while we're waiting, we might as well be conjecturing.

Good idea: Making sure everyone in the athletic office gets on board.

Bad idea: Only the secretaries being on board and then sending Facebook status updates like "Boise State is ... Call the ticket office for more information."

Bad idea: The Broncos using social networking as an extension of BroncoSports.com propaganda.

Good idea: The Broncos actually telling us something new every once in a while.

Bad idea: Ripping off OBNUG's stories into an aggregate feed on blogspot and calling it "One Bronco Athletic Office Under Brad Larrondo." Also, leaving comments closed.

Good idea: Providing potential recruits a way to learn more about the university and the athletic programs, using social media tools that they are used to using.

Good idea: Allowing fans to interact with Boise State in a new way.