After the Fiesta Bowl, where will the Boise State Broncos be ranked?

Share All sharing options for: After the Fiesta Bowl, where will the Boise State Broncos be ranked?

Perhaps the Fiesta Bowl's greatest redeeming quality is that it pits the No. 4 and No. 6 teams against each other, which should result in one team finishing well into the Top Five with a win and maybe as high as No. 2.

After the jump, discuss how high you think the Broncos can land with a win and how far they will fall with a loss. Share your thoughts in the comments. How important will this game be for next year's Boise State team?

Below is a list of the BCS Top 15 with records and bowl opponents.

How high will Boise State be ranked with a win in the Fiesta Bowl?

How likely is Boise State to pull off a 2008 Utah? One big difference is that the Broncos would not be the only undefeated team in the country. The winner of Texas-Alabama will also be undefeated, and Cincinnati has a shot if they beat Florida. One comforting bit of information: Utah was ranked No. 6 entering the Sugar Bowl last year.

The question of No. 2 comes down to what happens in the 2010 Sugar Bowl between Cincy and Florida. If the Bearcats win, it should give them enough of a push to stay ahead of the Broncos, no matter how big BSU wins over TCU. I would assume that the Bearcats can assure themselves a No. 2 finish with a win over the Gators, and they could even garner some first place votes if the National Championship is an ugly, ugly game.

Let's assume that Florida beats Cincinnati. Would the pollsters keep the Gators above the Broncos? For me, this would come down to quality wins. I think if both the Broncos and Gators win evenly, then Florida will stay above BSU. But if the Broncos blow out TCU and Florida squeaks by Cincinnati, I think that Boise State would have a chance of passing UF.

The loser of Texas-Alabama might mess up the Broncos' rise to the top, too. If the NC is a close game, the loser might not fall very far. In that case, Boise State might have trouble getting ahead of either Texas or Alabama, much like the Broncos were unable to jump Florida when the Gators lost the SEC championship.

Then there's this: Can Oregon or Ohio State jump a 14-0 Broncos team? I would certainly hope not, but I'm not putting anything past Craig James and Co. 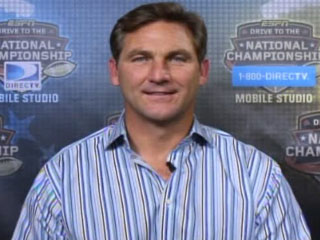 My final verdict: No. 3. There are a lot of possibilities in the polls following these BCS games. If Boise State wins the Fiesta, I think the winner of Florida-Cincinnati will get the No. 2 spot, and the Broncos will be fighting the Alabama-Texas loser for No. 3.

How high do you think the Broncos can get?

(Sidenote: How high will TCU be ranked with a win? They would appear destined for a No. 2. The only thing keeping them from runner-up would be a dominating Cincinnati win over Florida. I think that even a narrow win over the Gators would put Cincinnati below a 13-0 TCU. Agree/disagree?)

How far will Boise State fall with a loss in the Fiesta Bowl?

The Broncos have a little bit of breathing room in the polls as there is only one one-loss team in the country prior to bowl season. After all the bowls have been played, there can be at most four one-loss teams (and in this scenario, there would be two undefeated teams), so you would think Boise State's No. 6 ranking might be secured.

Ah, but thinking that way would be giving college football too much credit. Despite what the records might say, do you think that voters will keep Boise State at No. 6 even after a loss to TCU in the Fiesta Bowl? I have a hard time believing it unless the Broncos and Horned Frogs play an epic game that comes down to the final minutes.

Otherwise, I think the possibilities are very good that the Rose Bowl winner and maybe Georgia Tech pass the Broncos. How disappointing would it be for a two-loss Oregon to finish ahead of a one-loss Boise State in the final poll? Don't answer that. I'm already regretting bringing up the topic.

Are there any teams outside of the Top 9 that could finish ahead of the Bronco? It doesn't seem likely. Perception of Iowa is such that the Broncos would have to really lay an egg for a two-loss Hawkeyes team to jump BSU. The next two schools, Virginia Tech and LSU, each have three losses, and there would be apocalypse now if a three-loss team passed a one-loss. Penn State could get pretty high with a win, but they are seven full spots behind the Broncos entering bowl season. That's a mighty tall hill to climb.

Here's a thought: Would any teams above the Broncos fall behind Boise State with a loss? For example, say Florida gets absolutely demolished by Cincinnati and BSU barely loses to TCU. Would the Gators fall behind the Broncos? What if Cincinnati were the team losing big?

I refuse to entertain the idea of BYU passing the Broncos. If that happens, I will light myself on fire in perpetuity. 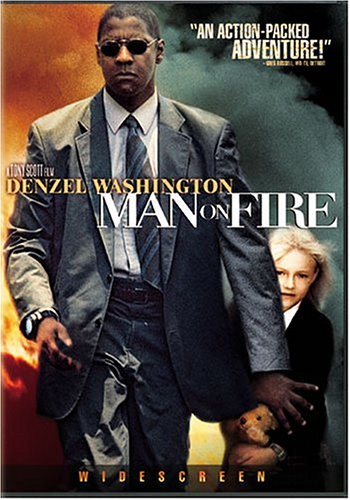 My final verdict: No. 7. A big portion of the voting will depend on how close the Fiesta Bowl is. If Boise State plays really well, they will not tumble too far. If it is a blowout, they could end up a couple spots lower. I see the Broncos putting in a good effort and only being passed by one team currently below them. I just really hope that team isn't Oregon.

(Sidebar: How far will TCU fall with a loss? I could see the Horned Frogs tumbling to at least No. 6 or No. 7 as Boise State, the Rose Bowl winner, and Florida pass them. The Sugar Bowl loser and TCU would probably be the two schools battling for the ranking at that point. Agree/disagree?)

Where do you think Boise State will end up in the rankings? Can they go as high as No. 2? Can they fall as far as No. 8? How do you think their final ranking will impact next season? Leave your thoughts in the comments.