Boise State depth chart versus TCU: Whom would you start at right tackle?

Share All sharing options for: Boise State depth chart versus TCU: Whom would you start at right tackle?

Injuries and roster moves will play a key role in Boise State's Fiesta Bowl chances against TCU. Which ones will be most important?

Read after the jump to see the impact of losses at key positions, and share your thoughts on a bevy of Bronco roster questions. What insights does BSU's postseason depth chart hold? Let's explore.

Disclaimer: Depth charts mean as much as you want them to mean. Keep in mind that things change over the course of a game week and that game situations, injuries, and performance will render some of this depth chart moot. Still, it's fun to speculate ... with hyperbole! Michael Choate is Mr. Everything!

Garrett Pendergast will be missed, unless he isn't

One change not noted in the above depth chart is the injury to Garrett Pendergast. Boise State's starting right tackle broke his ankle during bowl practice, posing some interesting questions for the Broncos. Are broken ankles the new torn ACL? Could team-approved high tops prevented all this?

And most importantly, who will take Garrett Pendergast's place?

Michael Ames? He started on opening night against Oregon and was successful roughly 80 percent of the time. His playing time since Oregon has gone steadily downward, which makes me wonder. Is December Ames as good as September Ames?

Brenel Myers? Myers is a backup guard, so I am more than a little surprised that coaches are considering him to be the starting right tackle in the Fiesta Bowl. I have no doubt that Myers has potential, only because the coaches tell me he has potential. He was up-and-down in limited time replacing Kevin Sapien this season, and the thought of him starting the Fiesta Bowl makes me more nervous than any other possibility.

Matt Slater? Slater filled in like a champ against Nevada when left tackle Nate Potter left the game. As the starter ahead of Potter at the start of the season, Slater showed lots of promise, and he seems like a natural to replace Pendergast. Yet the latest out of Bronco camp was that O-line coach xx was considering only Myers and Ames for the starting spot. Is the transition from left tackle to right tackle really that daunting? Is Slater in the doghouse for some reason?

As strange as it may sound, the bigger injury as it relates to the Fiesta Bowl may be the loss of Pendergast and not the loss of leading WR Austin Pettis. Am I crazy to even consider such a possibility? Yes. But follow me on this: Boise State can have success against TCU's defense if there are holes for the running back and time for Kellen Moore. Which player would have a bigger impact on those two factors? Pettis or Pendergast?

Of course, this could all be a moot point if Pendergast's fill-in plays well. The quality of backups behind Pendergast are deeper and more experienced than the group behind Pettis. My vote is for Matt Slater to step up and carry the flag. Who gets your nod?

No news on Derrell Acrey is news to me

Semi-starting MLB Acrey missed the New Mexico State game with an injury, but his bowl participation was never in doubt. So why isn't his name on the Broncos' postseason depth chart?

Do not take the injury report omission too seriously as no one has said a peep about Acrey's injury status since the NMSU game. As far as Bronco Nation knows, he is fine. And he better be. The Bronco linebacker position is treading on thin ice, much like Boise State's defensive line was in last year's Poinsettia Bowl. Could the worn down D-line of the 2008 postseason make a comeback as the worn down LB corps of the 2009 postseason?

How much will Tyler Shoemaker play?

Shoemaker was supposed to be a shoo-in for a Fiesta Bowl return from a hernia, but now his status is not so certain. With recovery going slow and my not really knowing where the hernia is located on the body, who knows how healthy Shoemaker will be come kickoff on Monday? Will he start? Will he play half the snaps? Will TCU specifically target his hernia as hockey players target opponent injuries?

The Broncos aren't saying just yet. We know that Shoemaker's setback has not kept him from practicing, but that's all we know. A healthy Shoemaker was a big part of filling in the WR position if Pettis can't go. If Shoemaker can start in the slot, Kirby Moore can start out wide, and the Broncos would have Young, Shoemaker, and Moore as the receiving options. That's not a bad group. It gets worse if Shoemaker is unavailable.

And you thought the Kellen Moore - Bush Hamdan quarterback race was well-reported. Detailed Austin Pettis practice reps are finding their way into Boise reporters' blogs, and breaking news on Pettis's status is like the Brett Favre unretirement watch of the Treasure Valley. I would not at all be surprised if Dustin Lapray is hiding in a complimentary fruit basket in Pettis's room as we speak. 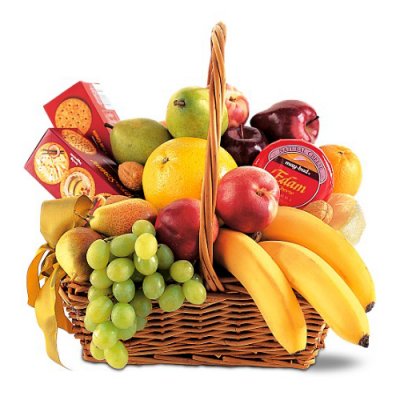 Will we see George Iloka at 100 percent?

Iloka was supposed to be a star this season, and while he has played remarkably well at times, he has not really taken the giant leap that seemed inevitable after his freshman season. Blame injuries for slowing him down. That's what I'm doing. And I'm also hoping that he'll be 100 percent for the Fiesta Bowl now that he has had some much-needed time off to heal. Could we see the George Iloka of the future on Monday night? And how might that impact the effectiveness of the Boise State defense?

Can the Broncos afford to take Winston Venable off the field?

For the first time all season, Venable played almost the entire game against Nevada, one of BSU's toughest opponents. I'll be curious to see if he ever comes off against TCU.

How far do you think the gap is between Venable and Jason Robinson? As we've discussed before, I think each player brings specific skills to the table but Venable has a better all-around game. Is there a role for Robinson against TCU?

What's the opposite of trust? That's how I feel about Kyle Brotzman

At this point, these are the situations in which I will not go into slight cardiac arrest when Kyle Brotzman takes the field:

The rest of the time, I'll be nervous and probably a bit abrasive to my friends. You could say that Brotzman's big miss in the Poinsettia Bowl was the impetus for a so-so 2009 season. To be sure, he does not instill confidence with his field goal kicking the way he did in years prior, and in recent games, even his punting has been hit-or-miss.

That said, the official OBNUG stance on Kyle Brotzman is "We believe in you." The unofficial stance is "Go for it on fourth down."

Jeremy Avery and Doug Martin: How many combined yards do they need for Boise State to win?

If the Bronco backs do not rush for 100 combined yards, can Boise State win? How about 150 yards? 75? The running game will be a key factor, but how much will it matter in the final outcome?

I am going with 100 yards. Either the Broncos will establish the run early and enjoy a balanced offense throughout the game, or they will rely on Kellen Moore's passing to get the lead and then lean on the ground game to run out the clock in the second half. Either way, Avery and Martin need to find some success in order for BSU to win.

I promised myself I wouldn't make a Mitch Burroughs joke

Most unlikely player who could impact the Fiesta Bowl

What Boise State players are you watching for on Monday? Do you think Pendergast's injury is as important as I made it seem? Share your thoughts in the comments.