Share All sharing options for: Bronco Basketball Update: Has anyone seen Anthony Thomas?

The Broncos split the 2 game week with a win over "rival" Idaho State, and a 3-point loss to San Diego. This puts the Broncos at 5-4 on the season nearing conference play. Continue after the jump for my take on this week and what to look at heading into WAC play. 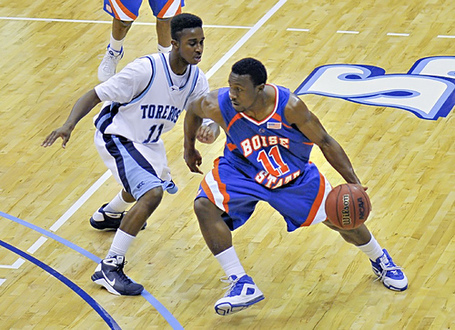