Share All sharing options for: Opponent preview: Does Boise State need to make a statement against New Mexico State?

The last game on the Broncos' regular season schedule is being treated like a scrimmage by Boise State fans. New Mexico State is not expected to put up much of a fight against the Bronco juggernaut, so does that mean a BSU blowout is expected?

With Boise State on the mend, what kind of outcome do you think we'll see on Saturday? Are there any voters left to impress? Will another UC Davis performance be considered a letdown? Join me after the jump for an NMSU preview and an attempt to answer some of these questions.

After the end of a Percocet-induced Hal Mumme tenure, the New Mexico State Aggies started afresh this season and managed to prove that the more things change, the more they stay the same.. In lieu of showing New Mexico State highlights, I think it best to include a Pop Warner football video instead. See if you can figure out which player is a metaphor for the Aggie season.

Things could be worse for New Mexico State, and in recent years they have been. The Aggies at least have three victories, albeit over teams with a combined four FBS wins. Their new coach, DeWayne Walker, seems to be the right man for the rebuilding project because he is 1) willing, 2) able, and 3) not currently fielding any other offers. Will New Mexico State be good in two years? Perhaps. Will they be good on Saturday? No.

Gone is Mumme's spectacularly odd Air Raid offense. In its place is no offense at all. With a combination of QBs Jeff Fleming and Trevor Walls, the Aggies have managed to pass for an average of 91 yards per game. Give that passing offense a facepalm! 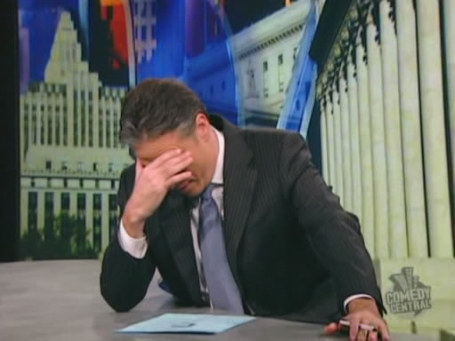 Let's move on to statistical categories where NMSU's offense is not dead last. How about rushing? The Aggies are 7th in the WAC in rushing yards and would have a 1,000-yard rusher in Seth Smith if he can bribe his way into 98 yards on the ground this week.

And there is hope for the future. Smith is only a junior, and at least two Aggie linemen will return next fall. Hopefully, they're the good ones.

The defense has been a much more pleasant surprise for New Mexico State, as there have been a few bright individual performances among the group. Linebackers Ross Conner and Jason Scott are both top-five in the WAC in tackles, due to opportunity and, I trust, skill. Defensive end Pierre Fils is behind only Ryan Winterswyk and Nevada's Basped and Moch on the conference's sack chart. Is New Mexico State's defense good enough to cause the Broncos problems on Saturday? Not if the Broncos come out focused and determined. Otherwise, the Aggies might surprise a few people.

Why Boise State needs to make a statement against the Aggies

Ask anyone and they will tell you that NMSU is bad. By default, the Broncos should make a statement against them ... and then put Mike Coughlin in.

Some people would argue that the Broncos need to make a statement against New Mexico State, considering the large disparity between the teams. Here are some reasons why:

Are there other reasons you can think of? Let me know in the comments.

For sure, there are lots of things the Broncos could be doing on Saturday that would help out their team in the long-term. For example, resting players, playing things close to the vest, napping. Here are a few reasons why doing so and skipping the statement win might not be such a bad thing.

Anything I missed? Let me know if there are other reasons.

What do you think will happen?

Does Boise State need to have a statement win this week against New Mexico State? I'm on the fence about it. Certainly, I would love for the Broncos to really hand it to New Mexico State, but I'm not convinced that it needs to happen. The consequences of a narrow win are not nearly as great as they were at the start of the season.

I guess another question to ask is: What constitutes a statement win? Would it need to be a shutout? Covering the 48-point spread? A general feeling of superiority?

What are your thoughts? Feel free to share your answers in the comments, as well as any other New Mexico State thoughts you have.