Share All sharing options for: Final pregame thoughts on Boise State versus Nevada

It's Nevada and Boise State for the WAC championship tonight. Anyone nervous?

Feel free to share all your pregame hopes and fears in the comments. Get stuff off your chest, vent, complain, whatever. The comments are yours. After the jump, I talk through some of my own observations then open it up for you. See you for the gamethread later this evening. Go Broncos.

A better Nevada team versus a worse Boise State team?

Last year, despite a seven-point win in Reno, the Broncos were leaps and bounds better than the Wolf Pack. Last year's Boise State team could have been the school's best. Last year's Nevada team finished 7-6.

This year's battle between the WAC's two best teams seems to be destined for a closer game. Nevada is playing better football than they have all season, and they are running the ball better than any other team in school history. Boise State is undefeated, like last year, but their road to perfection has been a bit more bumpy than 2008's breeze.

So the question is: How big was the gap between the two schools to begin with?

I'm going to say that the gap was pretty big. Though Nevada has been the WAC's No. 2 for the past couple season, they have not exactly been in the same class as Boise State. The Broncos are far and away the better team, and even with Boise State playing a little looser than last year and the Wolf Pack playing better, the gap exists. And there's a good possibility that the gap still remains large. Boise State knows how to win. Nevada knows how to run the ball. Both are nice, but only one will matter at the end tonight.

The stat is incredible, really. Talk around town is that Nevada could give the Broncos their toughest test all season, yet the consensus is that Boise State will win by two touchdowns. Where else is a team two touchdowns better than their closest competition? The AFC East? Space Jam? 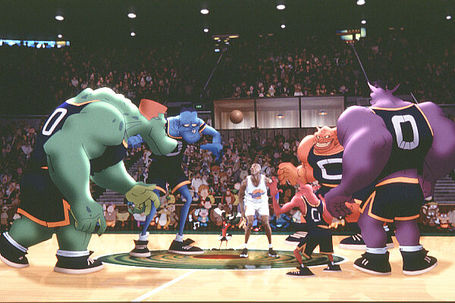 Here are some other lines from around the country.

Perhaps the nation's best team, Alabama doesn't even get two touchdowns against a so-so Auburn. Oklahoma State is a one touchdown underdog. Georgia Tech is only giving one touchdown against a struggling Georgia. These games are not necessarily going to be close, yet the point spread is slim. The mood for tonight's game is that the Broncos and Wolf Pack will play a nailbiter, yet the spread says otherwise.

When a two-touchdown underdog causes the most worries for your team, you must have things pretty good.

Imagine a world where a playoff exists ...

If the playoff lets in all conference champions, tonight's game would be for a chance at a national title for both teams. Think Bronco Stadium would sell out for that?

Will tonight's game be low scoring? Not if OBNUG readers know what they are talking about.

Apart from a shutout prediction from Loque, every predict the score prediction (by the way, it's not too late to add yours) gave the Wolf Pack at least 14 points, and most saw things going north of 20. Does no one remember the Oregon game? I remember it. But I'm not predicting 19-8.

An interesting storyline to watch will be how many TFLs the Bronco defense can wrangle. From forum8usa:

Kapi will run, but won’t be a big threat. I’m predicting that Kapi gets sacked at least 5 times.

Bronco fans worried last week, seeing Diondre Borel elude more than his fair share of tackles against Boise State. Can Kaepernick do the same? I'm not convinced. Kaepernick doesn't break tackles so much as he avoids them. Fortunately, for Boise State, there is a difference. The Broncos have fallen victim to missed tackles this year, but they rarely get so far out of position that they don't even have a chance to tackle. I feel that if a Bronco defender gets a shot at bringing Kaepernick down, he will do it. And if it happens behind the line, all the better.

What about the start of the game? Boise State has started slow in recent weeks. HawkeyedFrog thinks that trend is over.

Boise State gets up early and Nevada is left having to depart from their gameplan to try to play catchup, feeding right into the hands of Boise’s D.

I would like this very much. Last year, the Broncos were able to get up early on the Wolf Pack, and that helped keep Nevada's running numbers low. If the Broncos can get TDs on offense early in the game and force a few punts, the game will go a lot smoother than it might otherwise.

Another thing to consider is how the Broncos might respond to a close game in the third or fourth quarter. IN hindsight, it might even be a blessing in disguise that LaTech and Tulsa turned out to be closer than anticipated. I have no doubt that the Broncos can handle themselves if the game is tight late. They know Nevada is capable of hanging with them for awhile, so it won't be a surprise. And Boise State has the depth and game experience to be confident.

What is on your mind as the Nevada game nears? Nervous about what will happen? Think this is the best team the Broncos have faced? Expecting it to be close? Feel free to share your thoughts in the comments.