Share All sharing options for: Game balls for Boise State versus Idaho

The Broncos easily handled the Vandals on Saturday in one of the team's best games all season long. Which players, plays, and performances were worthy of game balls? I hand out some hardware after the jump, and you're invited to share your own awards in the comments.

Reader choice award for player of the game

By an overwhelming margin, you readers voted Pettis as the player of the game. His four TD grabs, several amazing catches, and all-around effort were legendary, and they'll rightfully go down in the history of the Idaho-Boise State rivalry as one of the best individual performances.

The amazing thing about the game, as many readers have pointed out, is that there could have been 15 or 20 player of the game candidates from the Bronco win. It was the most complete performance to date for this Bronco team, and everyone on both sides of the ball deserves credit.

Best supporting player who may be present at the Heisman ceremony

Oh yeah, Moore threw five TD passes and may be the greatest Bronco quarterback of all-time, which is saying something.

This week's game balls brought to you by the number...

Because I like rubbing it in the Vandals' faces, here is a recap of the 7 turnovers forced by the Broncos on Saturday. 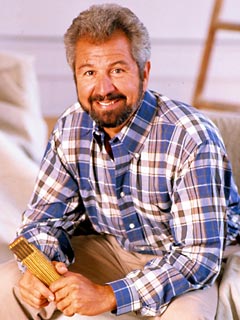 Two weekends ago, the Broncos were downright anemic in the red zone, struggling mightily against Louisiana Tech. Saturday against the Vandals? Cake. The Broncos went 5-for-5 on red zone TDs, and they did so in one very effective way.

Pettis snagged a jump ball for the game's opening TD, and the Bronco offense never looked back. Does that make Kellen Moore's QB sneak sweep conversion on 3rd and 1 from inside the 10 on the opening drive the most important play of the game? Perhaps. But I'd say it's this ...

I mentioned it in the game recap, but it bears repeating. Young's kickoff return TD kept the game from becoming a Louisiana Tech redux, and took away any hope the Vandals had of a comeback. Three cheers for emotionally-deflating TDs.

As reported in many places, Young was goaded out of the end zone by Doug Martin who recalls the event like so:

Martin became the lead blocker and wiped out an Idaho defender.

And for the record, how long do you think Young's return actually was? Reports list it at 107 yards. I say 108. You?

Linebacker of the game

Acrey got his first start at LB since the Fresno State game, and he made the most of it, finishing with four tackles, an interception, and a pass breakup. Is Acrey finally ready to make good on the potential that he flashed when the Broncos recruited him?

Tevis was solid, too, and he flashed more of the Colt Brooks-like skills that Bronco fans love. Tevis recorded the first turnover of the day when he fell on a Brian Reader fumble (anyone else think that George Iloka should get credit for knocking it loose?). Later, Tevis made a diving grab of a wobbly Brian Reader pass, made wobbly by Winston Venable smiting Reader on a blitz. Tevis finished with three tackles, a tackle for loss, a fumble recovery, and an interception. Not bad.

Too much offensive freedom award

With all-too-often regularity, Idaho QB Brian Reader enjoyed full autonomy at the line of scrimmage, and that can only end badly. For some reason, the Vandals let Reader change plays at the line as often as he wanted. For the record, Reader was making his second D1-A start of his life and was in the midst of a six-turnover day.

Lesson learned: Keep Brian Reader on a short leash at all times. A leash like this one: 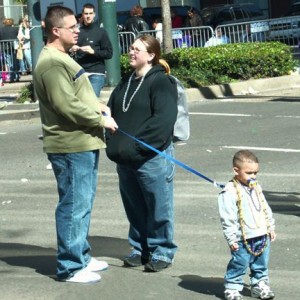 Worst call by an official

(tie) Kirby Moore's phantom holding call, non-call on one of many late hits on Kellen Moore

Did Saturday's officiating crew have a vendetta against the Moore family? Kirby's holding call wiped out a thrilling almost-TD run by Doug Martin in which he angered his way through a couple tackles, spun away from defenders, and scooted down the sideline for a dive at the end zone. But wait. An official saw Kirby on the field and automatically assumed that he was probably holding someone.

In the land of non-calls was the head referee who repeatedly turned a blind eye to late hits, low hits, and illegal hits on Kellen Moore all game long. It was obvious that the Vandals wanted to get pressure on Moore, hit him, and make him uncomfortable - within the rules or not. And apparently those rules are relative if you're officiating a WAC game.