Boise State depth chart versus Idaho: Who will take McClellin's place if he can't go?

Share All sharing options for: Boise State depth chart versus Idaho: Who will take McClellin's place if he can't go?

As Boise State prepares for the biggest rivalry game in years against the Vandals, the Broncos have more questions than usual as it relates to the roster. Who will take Shea McClellin's place if he can't go? Will Doug Martin get more carries? What shake-ups might be in store for the O-line? Is Jimmy Pavel gaining on Kyle Brotzman?

Join me after the jump as I tackle some of those questions and expound on others, and add your own commentary in the comments. See you there.

Note to the disclaimer: Boise State's depth chart has not yet been made available to the public. You're looking at last week's version. Post will be updated when this week's is out. It's out.

With McClellin's status up in the air due to an arm injury suffered against LaTech, Boise State may be forced to dip into the second teamers against Idaho. And what will they find when they do? Pain! 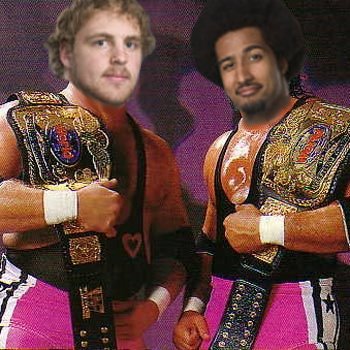 Jarrell Root and Byron Hout are perfectly capable replacements for McClellin as they've been subbing in and out regularly with first teamers all season long. In fact, Root used to be a first teamer. So which DE would fill in for McClellin in the starting lineup on Saturday?

If I had to choose, I'd give the nod to Hout. Who would you pick?

One other note: If McClellin can't go, the four-man DE rotation will be down to three. Who steps up into the fourth spot? In the past, it has been redshirt freshman Zach Gholson, whose Kentucky waterfall deserves more camera time anyway. I'd expect to see Gholson if need be, although I'd love for Billy Winn to spend some time at DE.

Avery surprised everyone by hogging 25 of Boise State's 31 rush attempts on Friday night in Louisiana. Before the game, there was talk of a three-RB committee consisting of Avery, Martin, and Matt Kaiserman. After the game, there was conspiracy theories about why so much Avery and why so little everyone else. 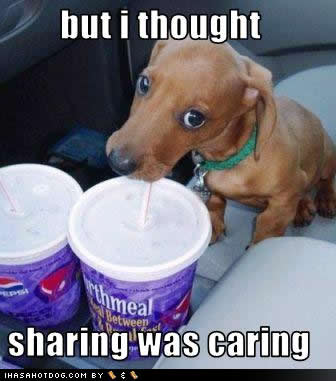 Where do you stand on Jeremy Avery? It was fascinating reading the gamethread comments as commenters grew more and more antsy with every Avery two-yard rush. Let's be honest. The running game was not working in the first half. How much of that was Avery's fault?

I am as guilty as anyone at questioning Avery's running ability this season. At times, I have felt that Avery was the new Ian Johnson and D.J. Harper, Doug Martin, and Matt Kaiserman were the new Jeremy Avery. The roles in the offense this season have been fascinating to watch. I was more impressed with Avery following Louisiana Tech than I was at almost any other time this season. Take away his 44-yard TD against the Bulldogs and Avery still has over 100 yards on 24 carries. That's not bad at all.

Having said that, I sure would like to see more Doug Martin. Who's with me?

Bryan Harsin hinted at a change along the offensive line to kick start the running game this week. Shall we speculate?

Lawrence and Byrd remain the only two linemen to have started every game for the Broncos this season. Might their streak end? Lawrence was the one blown up on the Kellen Moore interception, and he has missed his fair share of blocks in recent weeks. Other positions to look at are at the tackles where Garrett Pendergast has struggled at times. A better question than who might line up on the offensive line is who might stay. Thomas Byrd might be the only sure thing, although I'd imagine that Sapien and Potter are safe, too.

Does anyone still have faith in Kyle Brotzman?

I hate to even ask the question, but given Brotzman's recent struggles in the kicking game, I'm not sure any Bronco fan feels comfortable with him attempting FGs any more. Does your lack of faith extend only to kicks from the left hash? Or are you wholly unbelieving at this point?

Coach Pete promised a reevaluation of FG kicking from the left hash going forward, so we'll see what that means on Saturday. I doubt that Jimmy Pavel will see the field in those situations as the decision will probably come down to a Brotzman attempt or a fourth down conversion. I'd lean toward the latter at this point.

I thought I should give extra kudos to Chris Potter for his pancake block on Jeremy Avery's 44-yard TD run last week. The play Avery scored on was a toss sweep to the right that has not worked well for Avery pretty much all season. The difference in the play was Potter's initial block (helped by Brockel downfield, solid line blocking, and Avery making people miss). He hasn't added much to the offense in terms of catching the ball this season, but that block alone makes his season a success in my opinion.

Michael Atkinson switches numbers because his ankle told him so

Personally, I think that #99 is one of the greatest jersey numbers that a player can have. Why Atkinson would want #69 over #99 is beyond me. Which one would you prefer?