The Idaho Vandals are not terrible, and I don't know how to deal with that

Share All sharing options for: The Idaho Vandals are not terrible, and I don't know how to deal with that

The Idaho Vandals have been America's punching bag and Boise State's SOS killer for what seems like forever. Now, they're 4-1 and two wins away from being bowl eligible with much of the winnable WAC schedule left to play.

Will you root for the Vandals?

In earlier posts, I've touched on the paradox of rooting for rival teams. Essentially you can either be a rational person and appreciate the big picture of rival teams' success helping out the Broncos in the long run or you can be a hardheaded hater and refuse to root for a rival based on the principle that you hate them. I'm the latter. Many of you on this site are the former.

But is the conversation different when it comes to the Vandals? When Idaho is the team making waves, do they deserve the same consideration as a Fresno State or Utah State or Nevada? Bronco fans have been taught to hate the Vandals more than any other team in the country, so it makes sense that cheering for them all of a sudden would take a much bigger leap of allegiance.

Where do you stand?

For me, I understand all the arguments in favor of cheering for the Vandals.

But there is one overriding factor that I cannot shake: The Vandals are the Vandals, and I can't stand them.

When the Idaho fans rushed the field following last week's home win over Colorado State, I immediately judged them on a level typically reserved for politicians and Olive Garden commercials. When Pat Forde wrote about the likability of head coach Robb Akey, I threw up in my mouth a little. The Vandals' being successful is too much for me to handle. Am I the only one who feels this way?

It would seem that I'm at least in the minority. And that's okay. Bronco fans can do whatever they want with the Vandals until the two teams face off next month. Until then, what is your response? 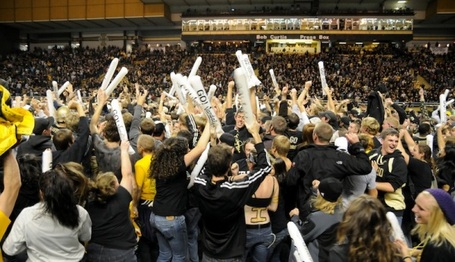 Are the Vandals for real?

This question might even be tougher than the cheering question above. Can a team as bad as the Vandals really turn things around this quickly? From the early returns, the answer appears to be, "Yes."

It was hard to take Idaho seriously at 2-1 with wins over San Diego State and New Mexico State. But a road win over Northern Illinois and a home win over Colorado State changes that. Those are two very decent teams, and they are two teams that would have destroyed Idaho in past seasons.

Something has changed for the Vandals. It's just hard to tell how long it's going to last.

Many OBNUG readers think the good times in Moscow will stick around at least another week. In OBNUG's Pick 'Em for Week Six, 81 percent of you think that Idaho will cover or win against San Jose State on Saturday. Only six people (including me) pick the Spartans to win.

I think that the start of the conference schedule will tell us a lot about where this Vandal team is headed. There have been many surprising CFB teams in recent years who looked like world-beaters through the season's first five games, only to tank big time when conference play hit (Fresno, for instance). Will this be the case for Idaho? We'll know soon enough. 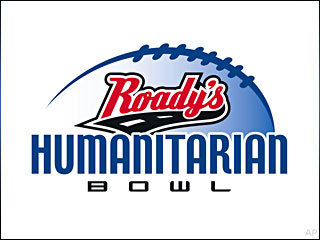 Will the Vandals be a bowl team?

This is the question on the mind of every Vandal alum within driving distance of the Humanitarian Bowl. It takes six wins for the Vandals to be bowl eligible. It will probably take seven to get them a guaranteed shot at a bowl game. Here is their remaining schedule.

The Vandals' WAC schedule sets up an interesting dynamic. In the team's next two games, against San Jose State and Hawaii, Idaho has every chance to come away with a win. The Vandals could be 6-1 and bowl eligible by October 17, which is just ridiculous to think about. After Hawaii, though, there are no gimmes until the season-ending home date against Utah State, and Idaho might need that game to secure a spot in a bowl game.

Would the Humanitarian Bowl take a 6-6 Idaho team? It's possible, especially with the local ties. A seven-win Idaho would be much more of a sure bet, and the Vandals' schedule certainly sets up well for that. If Idaho looks good against San Jose State, they might be going bowling. If not, it will be an uphill battle for a spot in the H-Bowl, and Idaho might need a serious upset along the way.

Are you cheering for the Vandals? Would you go to the Humanitarian Bowl to see them play? Share your thoughts in the comments.