The San Jose State - Boise State matchup typically is one of the better WAC tests for the Broncos, but this season's affair has "blah" written all over it. What will it take for SJSU to make a game of it? What has gone wrong for the Spartans in 2009? Is San Jose underrated and possibly dangerous?

Join me after the jump as I answer some of these questions and take a look at the SJSU run defense versus Boise State's rush offense. What factors do you think will be important on Saturday? Make yourself heard in the comments.

The Spartans will have had 13 days to recuperate, plan, and prepare for the Broncos by the time gametime rolls around on Saturday afternoon. Will it make a difference? It certainly won't hurt. One thing's for sure, San Jose State is better than a 1-5 team, and you can bet they'll be motivated and ready to prove it on Saturday against the Broncos. Boise State's reaction? Get in line. Teams have been singing the same tune all season long.

Safe to say that the Spartans did not see their season going this way. A brutal opening schedule really did a number on San Jose State, kicking them into an 0-3 hole after games against Utah, USC, and Stanford. A gimme win against Cal Poly followed (and by "gimme," I mean "19-9") and then the WAC schedule came aboard. SJSU dropped a winnable game at home against Idaho - a game that saw Nathan Enderle get pulled and the Vandals slip away with a four-point win following a final minute TD plunge by Demaundray Woolridge. The week after, Ryan Mathews and the Fighting Pat Hills scored 34 unanswered points after falling behind 14-7 and cruised to an easy 41-21 win over Sparta.

San Jose has had a hard time of it. Starting QB Kyle Reed found his way to the bench about a month ago. Rumors have swirled about the financial misery surrounding the athletic department. Dick Tomey could be out once the year is done.

At least they haven't had a Jason Street episode. 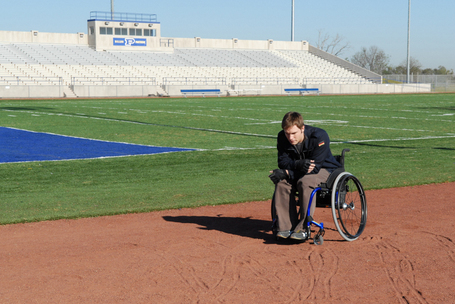 "I'm just going to emotionally stare at this ground for 10 or 15 minutes." via featuresblogs.chicagotribune.com

The San Jose offense had the slightest glimmer of hope of being spectacular this offseason, but only a complete fool would have believed that was possible. Kyle Reed's benching has improved the offense; La Secla is at least middle of the pack when it comes to WAC quarterbacks.

The huge disappointment has been the San Jose running game. Going into Saturday, the Spartans have rushed for only 466 yards in six games, which is way, way behind the production of every other WAC team. Under a new offensive coordinator, SJSU just hasn't run the ball as much, logging the second fewest carries in the conference. Muldrow averages a solid 5.5 yards per rush, but he's only carried the ball 56 times. A different gameplan might be needed if the Spartans hope to hang with the Broncos.

One other note: Kevin Jurovich no longer has mono, so he's catching lots of passes again.

San Jose's defense is traditionally the team's calling card. Not so much this year, though.

Star players Duke and Carl Ihenacho have lived up to their billing, but there have been few other bright spots. Bronco fans might not recognize this Spartan defense when it takes the field on Saturday.

Rutley was the RB who broke the long TD run against the Broncos last season, making that game a whole lot closer than it needed to be. Collectively, the Spartan special teams are average.

In a word, "disastrous." San Jose has been a RB freeway so far this year, giving up an average of 260 rushing yards per game. That's right. 260. Surprisingly, this is not dead last in the country, but third to dead last behind the Valure Velour Curtains of Western Kentucky and Eastern Michigan and just ahead of several vaunted Florida directional schools.

What gives? Well, the loss of DT Jarron Gilbert, the WAC's co-defensive POY in 2008, has been huge. Among the SJSU front seven, only DE Carl Ihenacho and LB Justin Cole have any name recognition inside the WAC. The personnel just hasn't been nearly as good as recent years.

Again, part of it is facing daunting running games like USC and Utah. Another part of it is San Jose State just being undisciplined, out-physicaled, and bad. You don't give up 260 yards per game in six games without having some major problems. Bring in the fail whale. 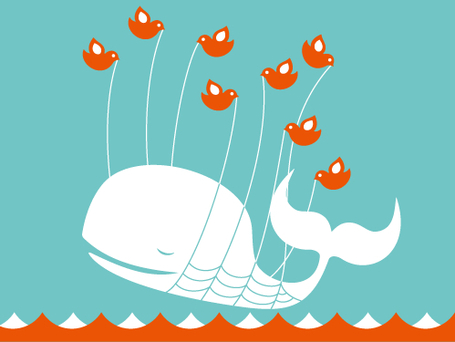 The Broncos have been vastly improved in the running game this season, as Jeremy Avery, D.J. Harper, Doug Martin, and Matt Kaiserman have each taken turns running through and around opposing defenses. Boise State's style can still sometimes be feast or famine, but when the feasting is on, times are good.

Consistency, really, is the only thing that the running game has lacked. There are times (UC Davis, for instance) when things just weren't clicking. There were games (Fresno State, for one) where big runs made the end result look a lot better than it was. Here are Boise State's rush averages in all seven of the games so far this season:

What game do you think had the most consistent Bronco rushing performance?

I'd have to point to Doug Martin's second half against Tulsa and last week's grind-it-out affair in Hawaii. The Broncos looked unstoppable at times in the running game, and they were doing it with big gains on virtually every carry.

Part two: Why do you think the Broncos are better in the running game this year?

I think it's a combination of running backs being more decisive to the hole and a cohesive offensive line that is owning the line of scrimmage. Anybody else?

So what will happen when the strong Bronco running game meets the underwhelming SJSU run defense? Are we in store for another big rushing day from the Broncos?

There will be several factors that will play a role in just how big the ground game is for Boise State For instance:

What other circumstances can you think of? Expecting a big rushing day for the Broncos?

So many different aspects could come into play on Saturday afternoon. Here are a couple more that I'll be watching. Which ones are you keying on?

What are you looking for when the Spartans come to town on Saturday? What's your over/under on how many yards the Broncos will get on the ground? Nervous about facing a typically tough SJSU team? Let's hear it in the comments.