Boise State depth chart versus Hawaii: Will the flu claim any victims this week?

Share All sharing options for: Boise State depth chart versus Hawaii: Will the flu claim any victims this week?

Last week's Tulsa depth chart had few surprises, but come gametime, the Bronco starting lineup was uprooted by several compromised immune systems. Will this week be more of the same?

Take a look at what's new and what's notable on this week's version of the Boise State depth chart. Break out those Nate Potter jerseys, and join me after the jump.

Disclaimer: Depth charts mean as much as you want them to mean. Keep in mind that things change over the course of a game week and that game situations, injuries, and performance will render some of this depth chart moot. Still, it's fun to speculate ... with hyperbole! Nate Potter for All-WAC LT!

Which Bronco players will be out with the flu?

Last week, the flu struck starting OG Kevin Sapien and former starting LB Derrell Acrey. This week, it has already claimed the full practice participation of nine players, all of whom shall remain nameless by local media who forgot to ask for details.

Will head congestion keep any Bronco regulars from making the trip to Hawaii this weekend? More specifically, what players can the Broncos not do without come Saturday? All I have to say is that I hope Kellen Moore got his flu shot and that when the lady went to put the needle in his arm, the needle bent in half because Kellen Moore is made of reinforced steel and Lysol disinfecting wipes. Then everyone partied.

Did Hunter White play himself into more playing time?

With Acrey running a fever back in the friendly confines of BSU student housing, Hunter White took over MLB No. 2 duties against Tulsa, making for the most non-blowout playing time White has seen since the end of last season. How did you all think he looked?

Our new friend BIFFF saw some things to like and some things not to like. White made two tackles on defense, both of which prevented Tulsa from having a successful play (defined as 50 percent of needed yards on 1st down, 75 on 2nd, and all on 3rd or 4th). However, White also missed three tackles, bringing his team-leading total to six.

So what do we all make of Hunter White? Before the season, most Bronco fans thought he would be a starting linebacker, and we all loved his tenacity and Korey Hall impersonations. But then J.C. Percy happened. And then Daron Mackey. And Aaron Tevis and Derrell Acrey, and before we knew it, White was sitting firmly at No. 5 on the depth chart.

He's been great on special teams and capable in spot LB duty, but I simply cannot vouch for him over Mackey at this point. Who's with me?

Voted the greatest midseason strategy in this year's OBies, the two-point conversion tour de force struck again versus Tulsa for what proved to be some very valuable points. Here's how: 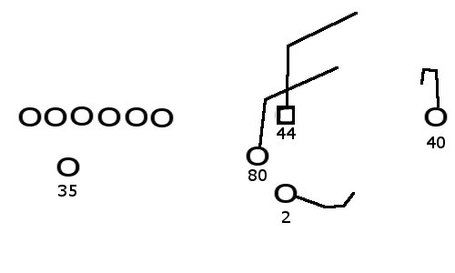 To recap: Out of the huddle, the Broncos break into the swinging gate formation (why it's called a swinging gate is beyond me). Brotzman lines up behind a wall of blockers to the left, which could someday lead to a Brotzman screen or a Brotzman double pass. Pettis stood in shotgun behind Chris Roberson with Kyle Efaw in the backfield to Roberson's left. Richie Brockel was living a dream by lining up wide as an outside receiver. The snap was good, the routes were good (Roberson was open, too, and Pettis may have even been trying to throw his way), and the result was two points. More of this, please.

Boise State likes to run the two-point conversion plays early on in games, probably for a couple of reasons:

Hopefully we'll get to see the Broncos try it out again versus Hawaii. Any requests?

Making an appearance well before the game was decided and in a surprisingly key punting role was none other than Brad Elkin. Boise State's only true punter came on twice for the Broncos with the sole purpose of nailing Tulsa deep in their own territory with a pooch punt. Elkin's success? One-for-two. Something tells me that the Bronco coaching staff will take that.

Nate Potter makes it official, only seven weeks after we all thought it was a foregone conclusion

Potter supplanted Matt Slater on the Broncos' depth chart this week even though N-Potts has been starting regularly in Slater's place for the past couple games. Many Bronco fans would say they saw this coming, since many Bronco fans fully expected Potter to start from Day One. Either way, Boise State now has two very capable left tackles on the team, which is a luxury that most schools only dream about.

Here's a question for you: Does Boise State ever go to four defensive backs? The depth chart lists Wilson and Thompson as starters with Gavins, Antwon Murray, and Garcia Day as backups. But have you ever seen Murray and Day in the game when the lead was anything less than 40 points?

I honestly can't think of a time. So that means the Broncos defend against obvious passing downs a lot differently than most teams, and that they'll be doing so once again this week against the Greatest Show on Littered Turf this weekend.

Some keys to the Broncos' "dime" pass defense:

Doug Martin inches his way closer to "OR" status

Last year, Bronco fans were clamoring for Jeremy Avery to be listed as 1A behind Ian Johnson. This year, the grassroots grumbling seems to be in Doug Martin's favor. Quick: Should Doug Martin get more first quarter touches? Don't think, just answer.

Sapien has missed the past two games with a recurring neck injury and the flu. Will he pull the trifecta this week and skip out on the Hawaii game with a "personal matter"? I hope not. The Bronco offense is better when he's in the lineup.

End the Mitch Burroughs WR screen experiment before it ends me

No matter how hard Bryan Harsin tries, he is not going to make Mitch Burroughs into Vinny Perretta. So can we end this charade before someone (me) gets hurt (by me)? I have evidence that the constant Burroughs WR screens are not working: 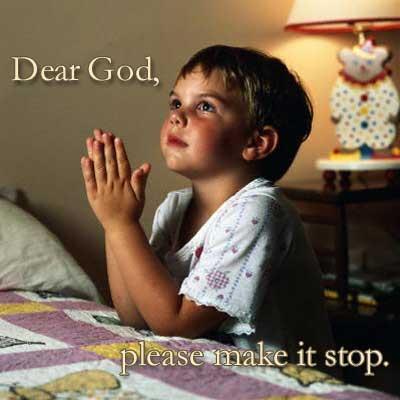 "And an extra year of Marty Tadman eligibility, please." (via www.forumoff.com)

It is certainly giving Matt Kaiserman's head a run for its money.

Joe Kellogg or Brenel Myers: Who do you got?

Two weeks ago, Myers got the start in place of an injured Kevin Sapien. Last week, Kellogg took over for a sick Sapien. This week, which one would you rather see if Sapien goes AWOL again? I'd take Joe Kellogg, if only because he's halfway there on his red Amish beard.

Kirby Moore's on the depth chart

What did you see on this week's version of the depth chart? Excited about Nate Potter? What are your thoughts on Hunter White? Feel free to share what's on your mind in the comments.